Building Alliances: Collaboration between CAUSA and the Rural Organizing Project in Oregon

This ethnography examines the components that allow quality solidarity work to happen between organizations with leadership and constituencies that are primarily people of color and primarily white, respectively. CAUSA (an immigrant rights coalition) and the Rural Organizing Project (ROP) of Oregon have developed a working relationship over ten years that has contributed to numerous victories for immigrant and farm worker rights, as well as greater consciousness among white rural activists of what it means to provide support as anti-racist allies. Because Oregon has a relatively small population (three million), and progressive organizations tend to know each other, the relationship provides an opportunity to study how such organizations manage power and historical inequalities in a manner suited for success. Ethnographer Lynn Stephen has conducted in-depth interviews with organizational leaders and members as a way to explore the history and lessons learned from the collaborative work between the two organizations. Key findings include the importance of both in-depth and sustained dialogue around the key values of work, and staff training around the issues involved with connecting to the other organization. The organizations use these techniques to build common ground. Hence, collaborative capacity can be mobilized quickly to support each other's actions as needed. 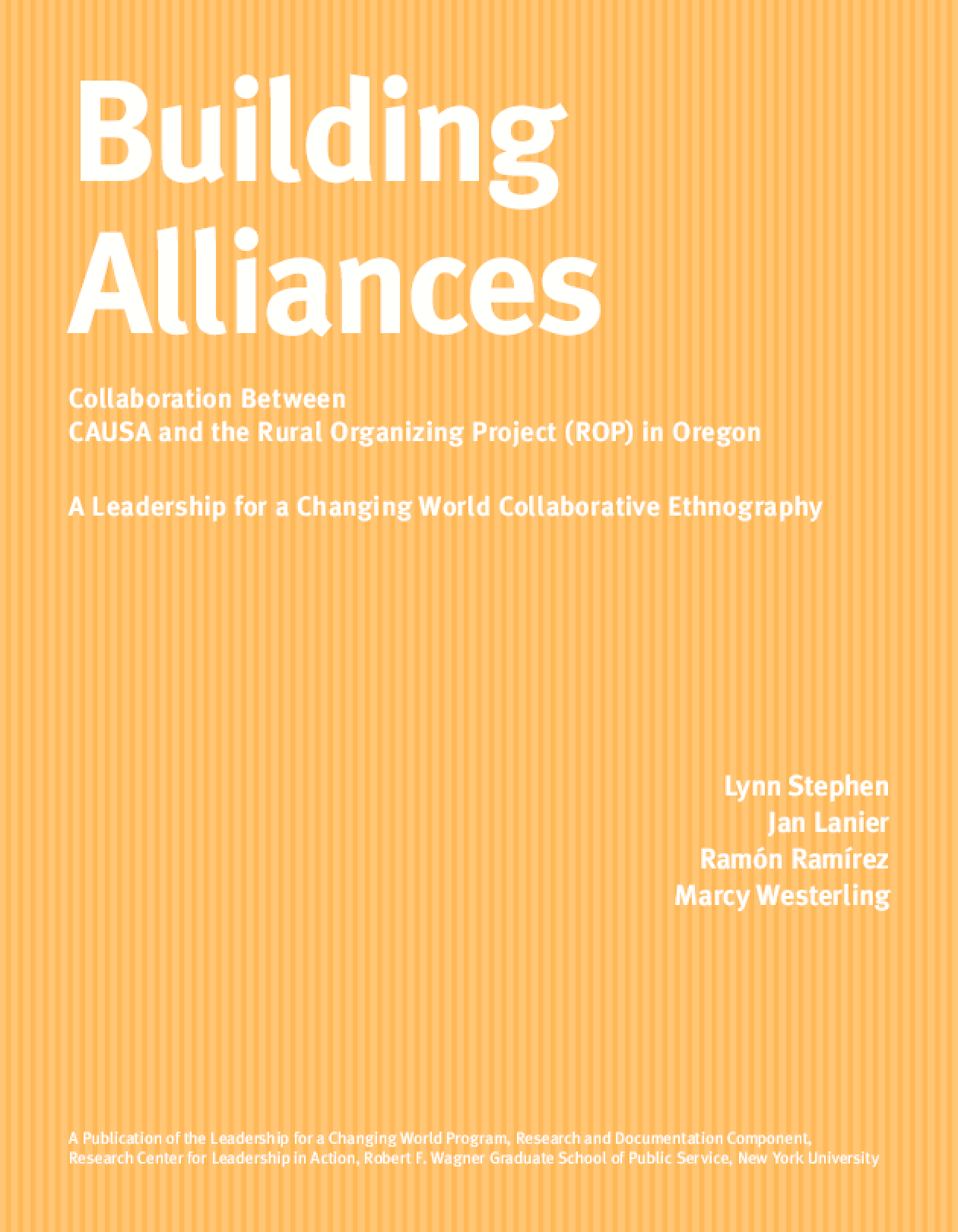