Gun violence prevention research is woefully underfunded, receiving significantly less research funding and scientific attention compared with other leading causes of death. Using a methodology that calculated expected levels of research investment based on mortality rates, one study estimated that between 2004 and 2015 gun violence received just 1.6 percent of the federal research support projected ($1.4 billion predicted, $22 million observed) and had 4.5 percent of the volume of publications anticipated (38,897 publications predicted, 1,738 observed) (Stark and Shah 2017). 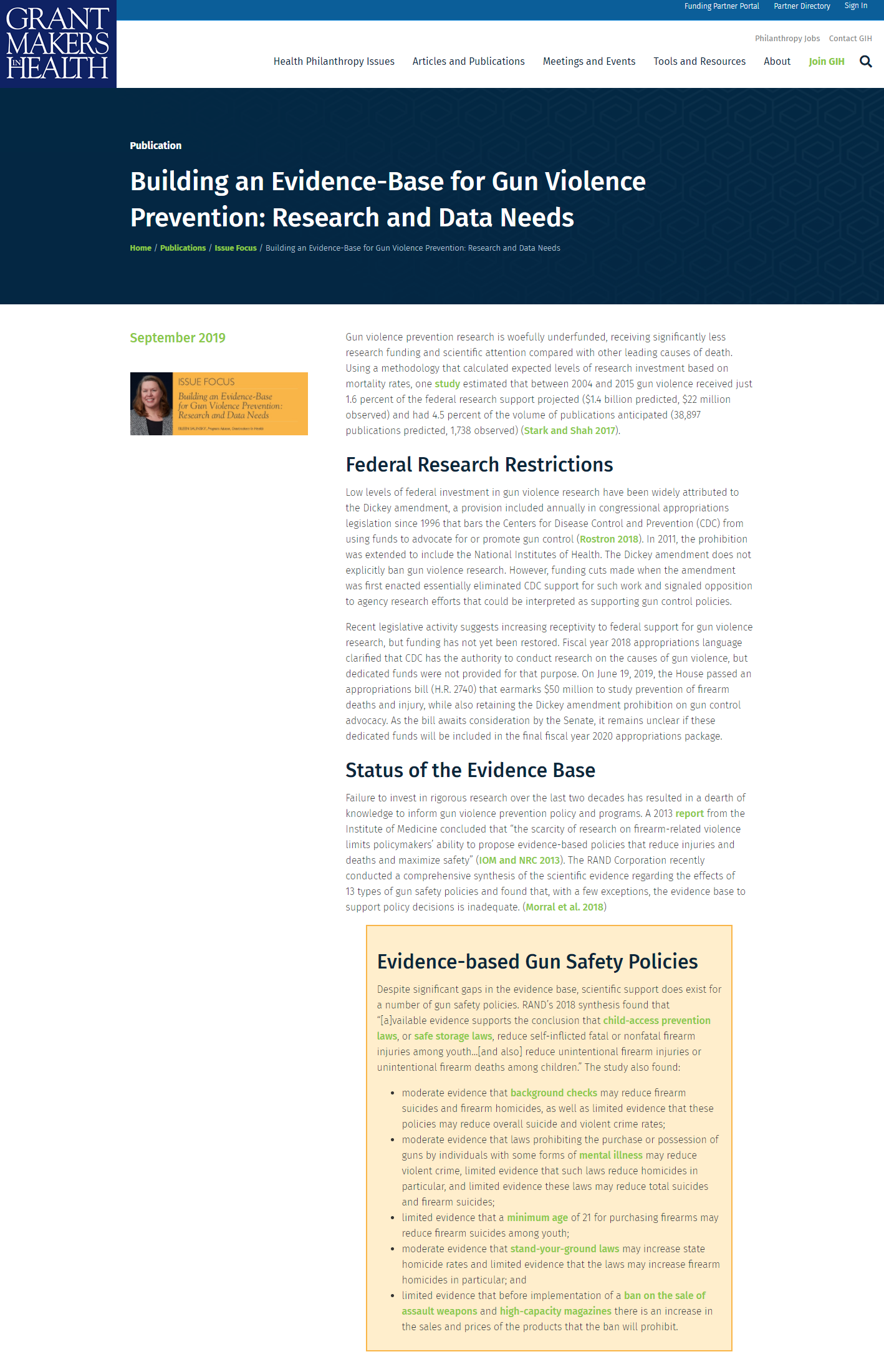