Nationally, more than one in four high school freshmen does not graduate in four years; in the 50 largest U.S. cities, the dropout rate is closer to 50 percent. Although many of these young people eventually seek to continue their education, a sizable number of dropouts (and many high school graduates) become seriously disconnected from both school and work. The long-term prospects for these young people are extremely poor. The population of disconnected youth is diverse, meaning that a range of different approaches is needed to reengage this group of young people. The research evidence on the effectiveness of such programs is relatively thin and the results are mixed, but there are some promising findings -- and a resurgence in political interest -- on which to build. 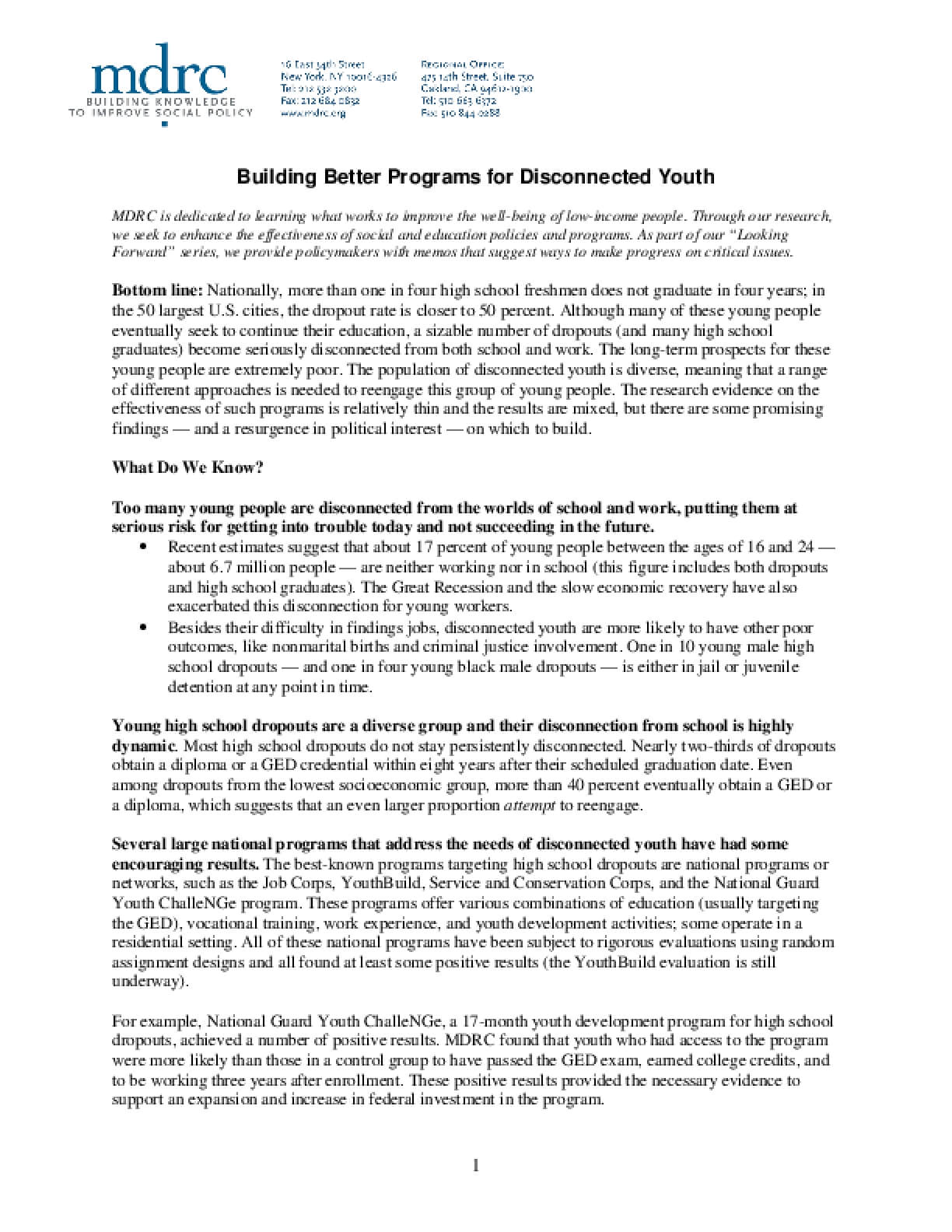