The Building Blocks of Sustainable Peace: The views of internally displaced people in Northern Uganda

While international attention focuses on the negotiations in Juba between the Ugandan Government and the Lord's Resistance Army, the views of those most affected by the conflict have so far not been adequately heard. Oxfam's research with displaced people in Northern Uganda highlights that although people feel that their lives have improved since the talks began, they remain pessimistic. As the talks progress, it is crucial that the concerns of the people of Northern Uganda in terms of security, freedom of movement and development are addressed as the essential building blocks of a just and lasting peace. 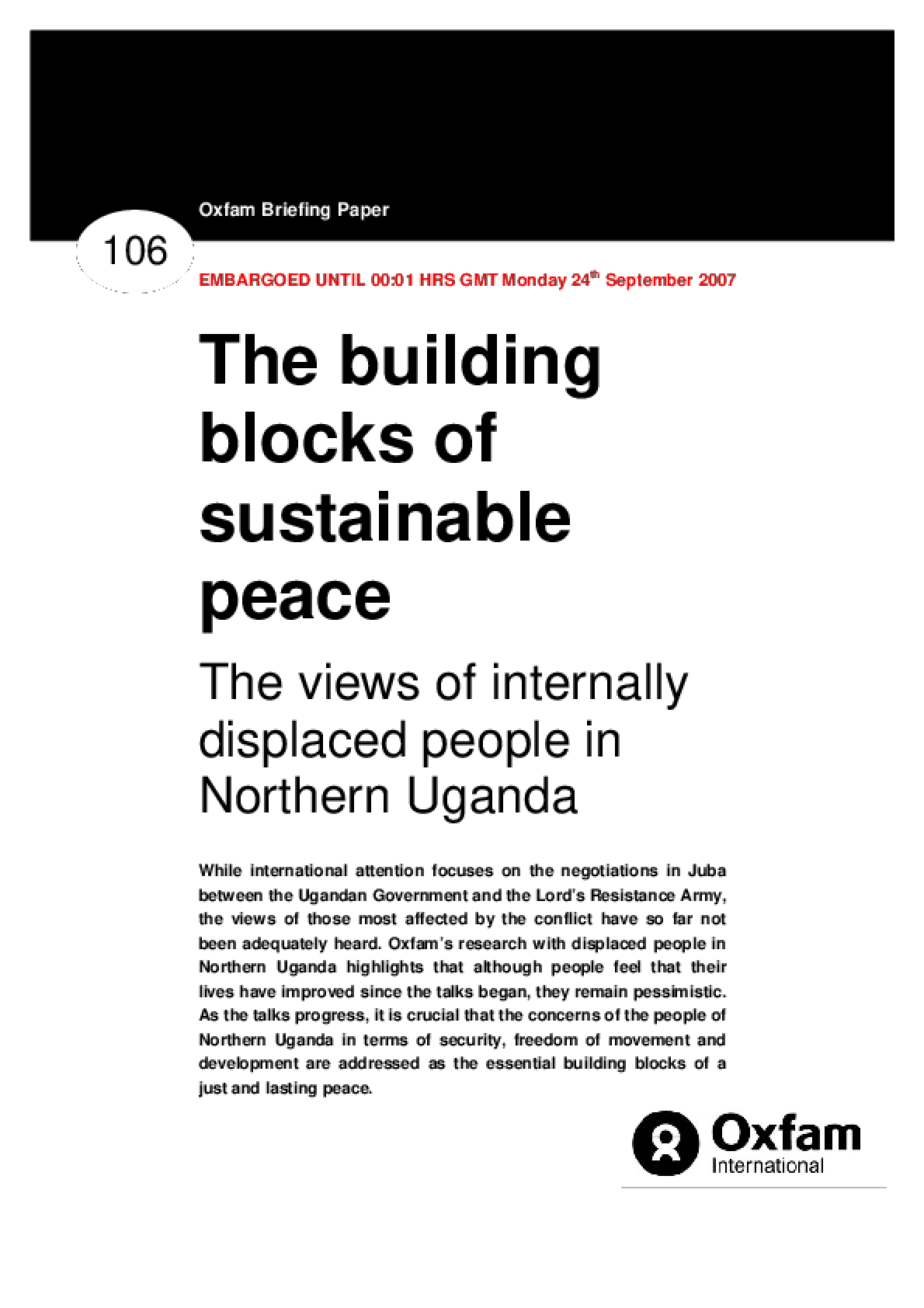