With the help of the New Homeland Foundation (NHF), the poor mountain village of Taomi emerged from the tatters of a catastrophic earthquake as a premium eco-village and tourism hotspot.

In 1999, a disastrous earthquake struck Taomi, and the destruction brought further suffering to local residents. In response, a non-profit organization (NPO) called the New Homeland Foundation (NHF) stepped up to the plate, helping the community to channel resources for the emergency response and the eventual regeneration of Taomi's economy.

NHF worked with experts from different fields to sketch out a roadmap for Taomi to re-invent itself as an eco-village. Over the course of a decade, external professionals and NHF empowered local residents to see the value of the environment and rural lifestyles for their economic prospects: a pre-quake bamboo grower would became an ecological guide and B&B operator. NHF also transformed itself along the way. Initially acting as a champion for Taomi to restructure its aid-reliant economy, NHF became an eco-tourism entrepreneur itself when it established a learning park that became a major tourist attraction. In doing so, it became a critical player in Taomi's eco-village economy and continues to play an important role in its ongoing success. 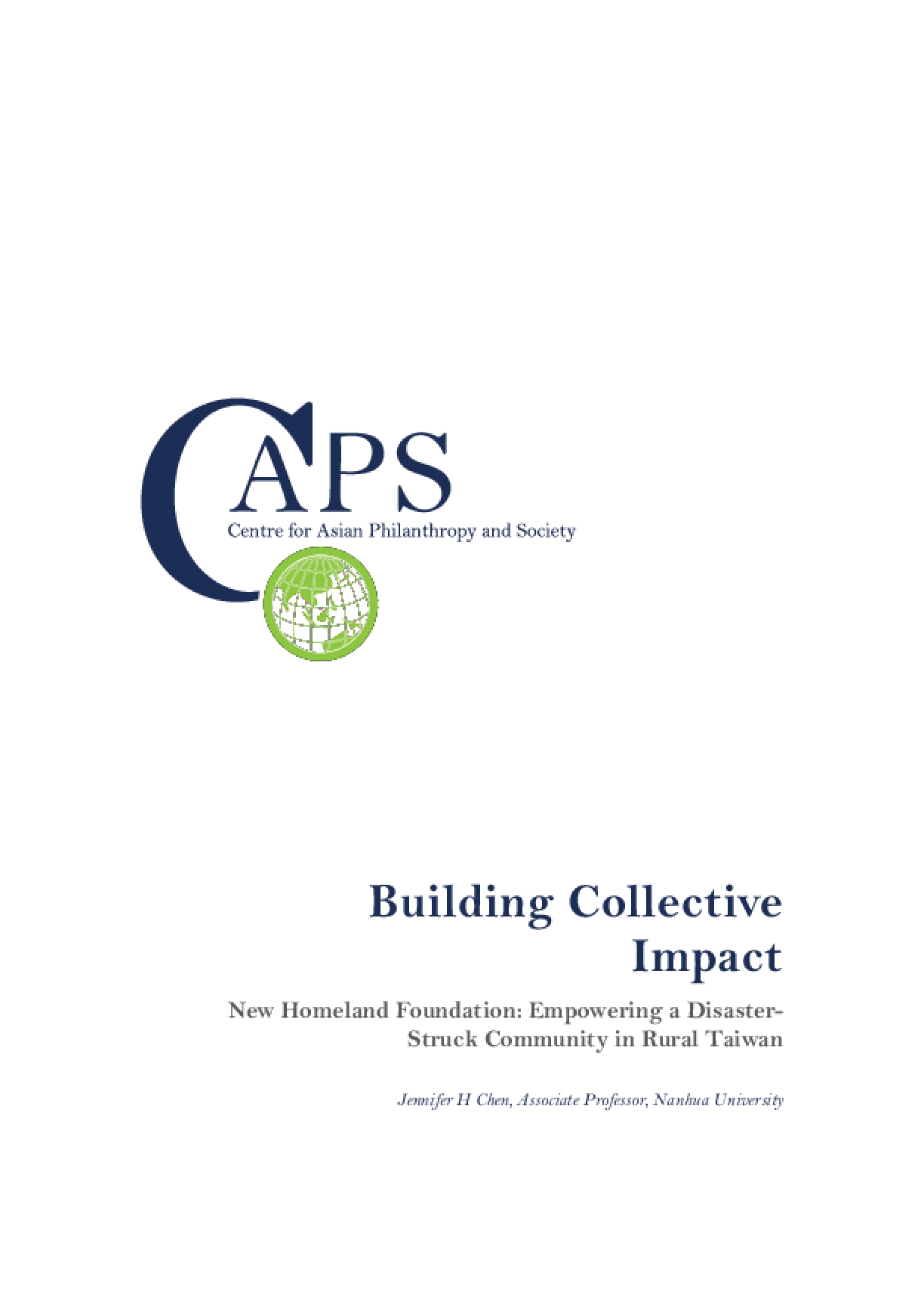