On December 10, 2007 and January 24th, 2008 Interfaith Worker Justice convened fact-finding delegations of religious leaders from around the country to learn more about working conditions in the home construction industry in Phoenix and Las Vegas. These religious leaders visited home developments and talked to workers who build homes for Pulte Homes, one of the largest home construction companies in the country, as well as officials and organizers from the International Union of Painters and Allied Trades (IUPAT), the Sheet Metal Workers International Association (SMWIA), and the American Federation of Labor -- Congress of Industrial Organizations (AFL-CIO). Officials from Pulte Homes and several Pulte contractors refused to meet with the delegations despite repeated requests.
The delegations quickly discovered a disturbing pattern of injustice and abuse among contractors paid by Pulte to build homes for the company. 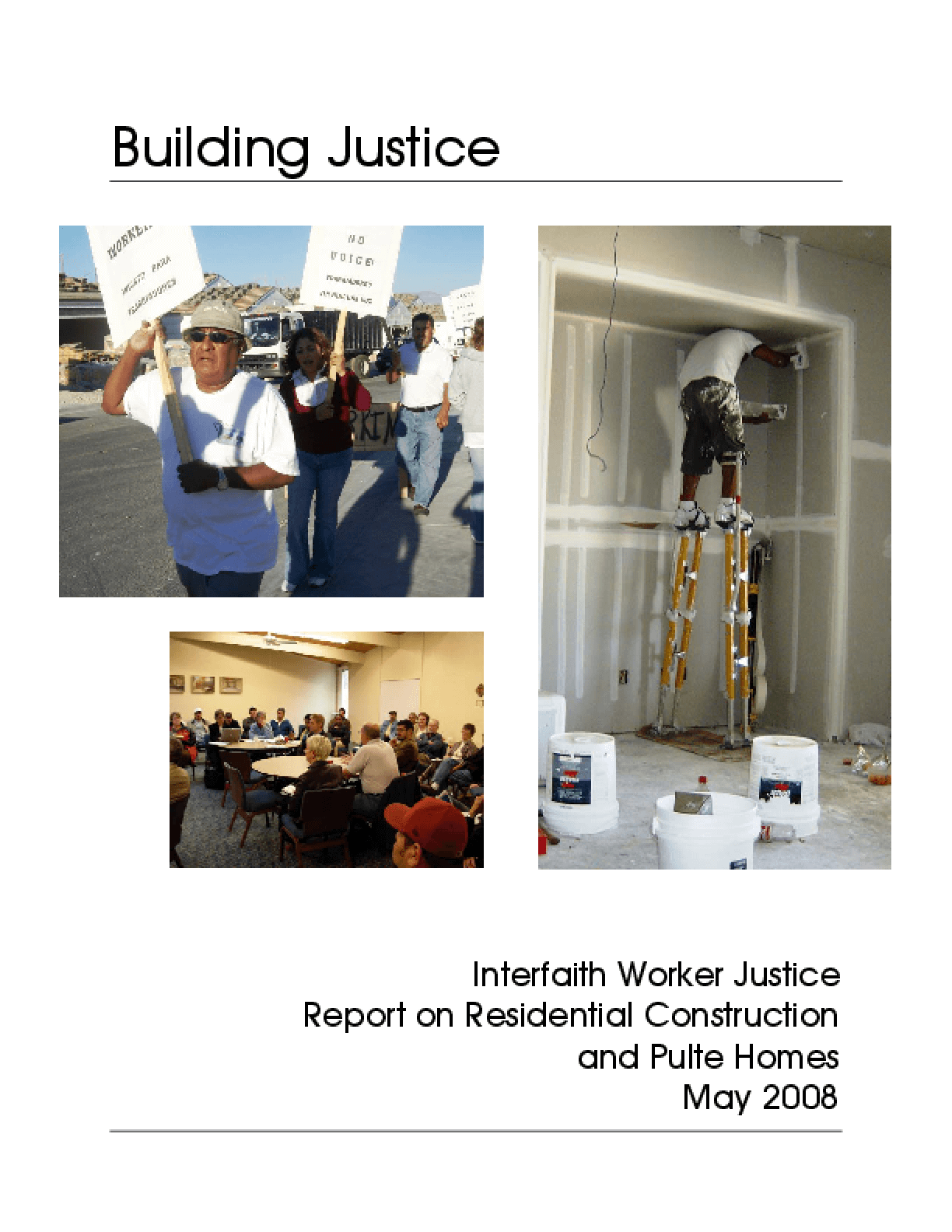