Building on Reform: A Business Proposal to Strengthen Campaign Finance

In this report that follows the 1999 report Investing in the People's Business, CED makes three categories of recommendations: FEC reform, strengthening the soft-money ban by closing the so-called '527 committee" loophole, and strengthening the presidential public funding system in both the primary and general election. These reforms are vital if we are to fashion a campaign finance system that protects free speech, encourages debate, and elects candidates based on ideas, not dollars. The subcommittee that oversaw this project was co-chaired by Edward A. Kangas, Chairman, Global Board of Directors, Deloitte Touche Tohmatsu, and George Rupp, President, Columbia University. Professor Anthony Corrado of Colby College served as project director. 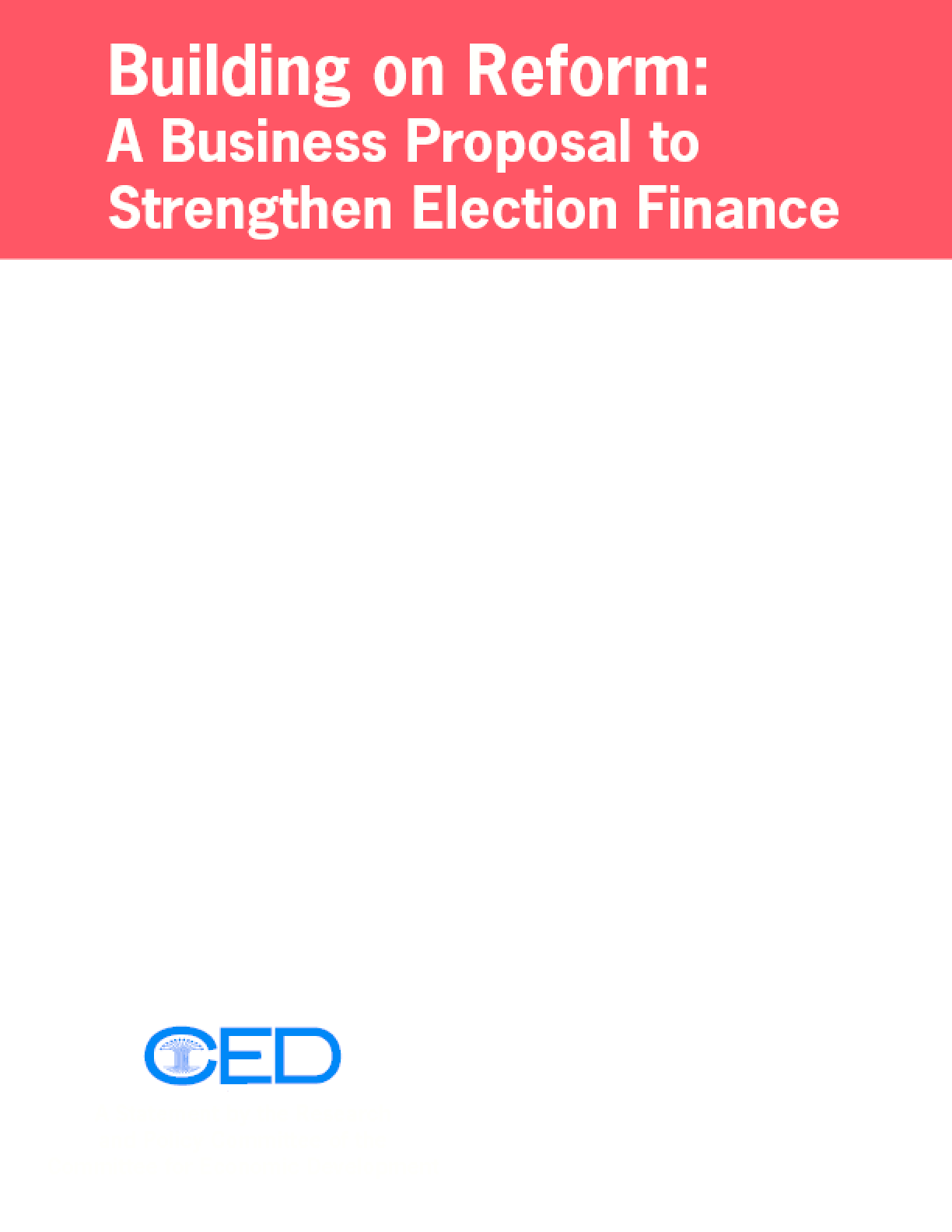