Plans to improve access to sanitation in towns and cities of the global South are hampered by multiple challenges. One is a lack of reliable information. In particular, global and national-level data often diverge from data on particular settlements, collected by inhabitants of those settlements themselves. Local data highlight the inadequacy of living conditions -- and in so doing evidence the difficulties in securing improvements. Another challenge lies in the setting of standards around acceptable sanitation. At a global level, for instance, shared sanitation is not considered part of "improved" sanitation. Yet the reality for many low-income urban populations is that communal sanitation can be hygienic, cost-effective and locally acceptable. The difficulties in reaching a consensus around data and standards point to the importance of diverse approaches to increasing and improving sanitation, including considering both on-site and off-site solutions. They also highlight how crucial it is for the planning and implementation of all such solutions to be inclusive of those often missing from global debates, such as the low-income urban groups that cannot afford substantial sanitation spending. Financial and political commitments, drawing on the circumstances and approaches articulated by low-income groups themselves, will be key to securing a future in which everyone has access to the sanitation they need. 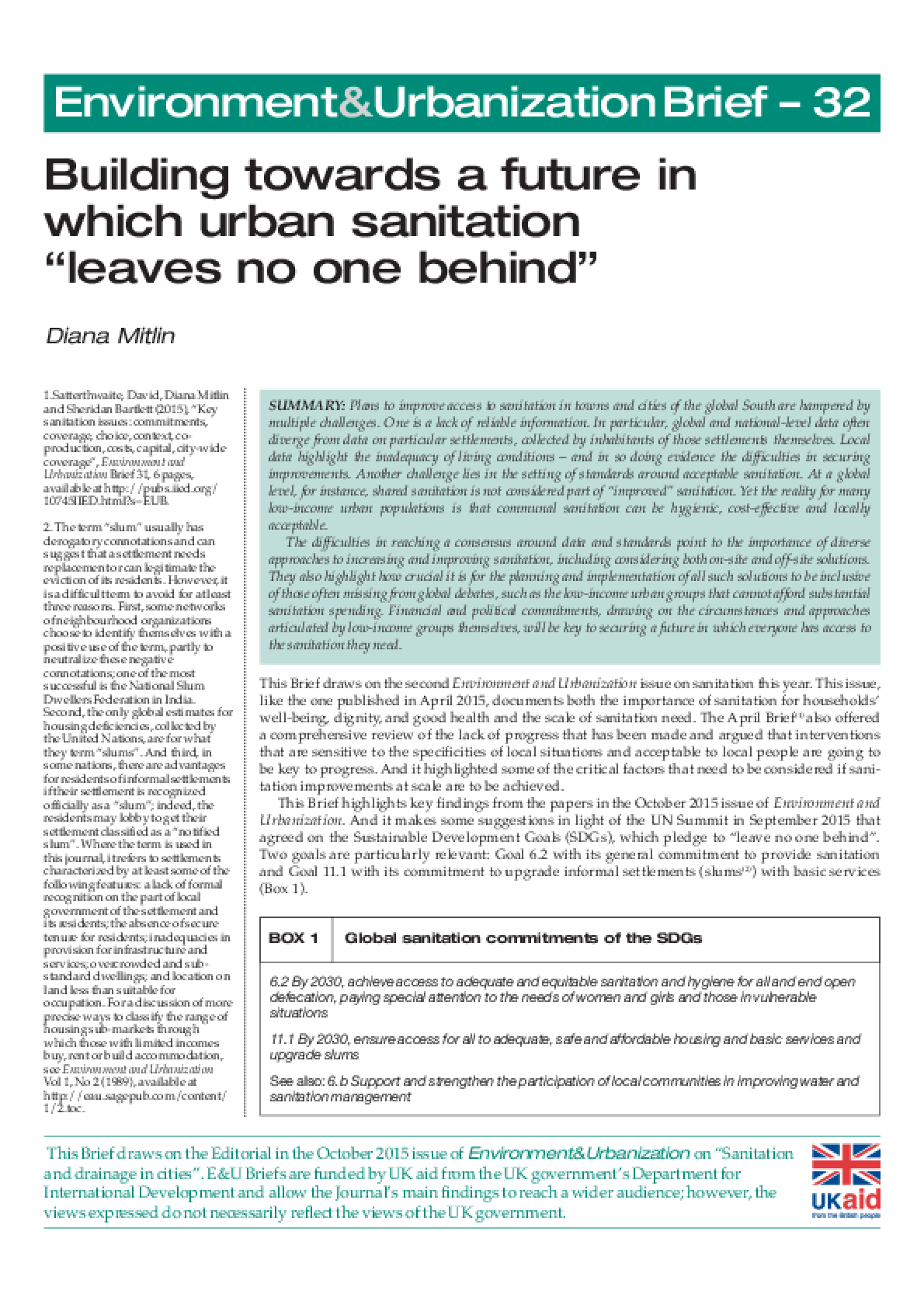