The Bumpy Road to Education Reform

This issue of CPRE Policy Briefs identifies five challenges that confront educators and policymakers as they develop higher standards and other policies and structures to support improved student and teacher learning. It also describes strategies used by a few states and localities to address some of these challenges.

The brief draws on findings of a three-year study of standards-based reform conducted by CPRE researchers in California, Michigan and Vermont. In each state, researchers conducted case studies of four schools in two districts reputed to be active in reform and capable of supporting education reform. Although the sample is small, the similarity of reform issues across such widely varying fiscal, demographic, and political contexts suggests that lessons learned may be applicable to sites other than those studied here. Overall, we conclude that while states and local school districts have taken major steps to reform the ways they teach and assess their students, the road to reform is arduous, full of bumps and still under construction. 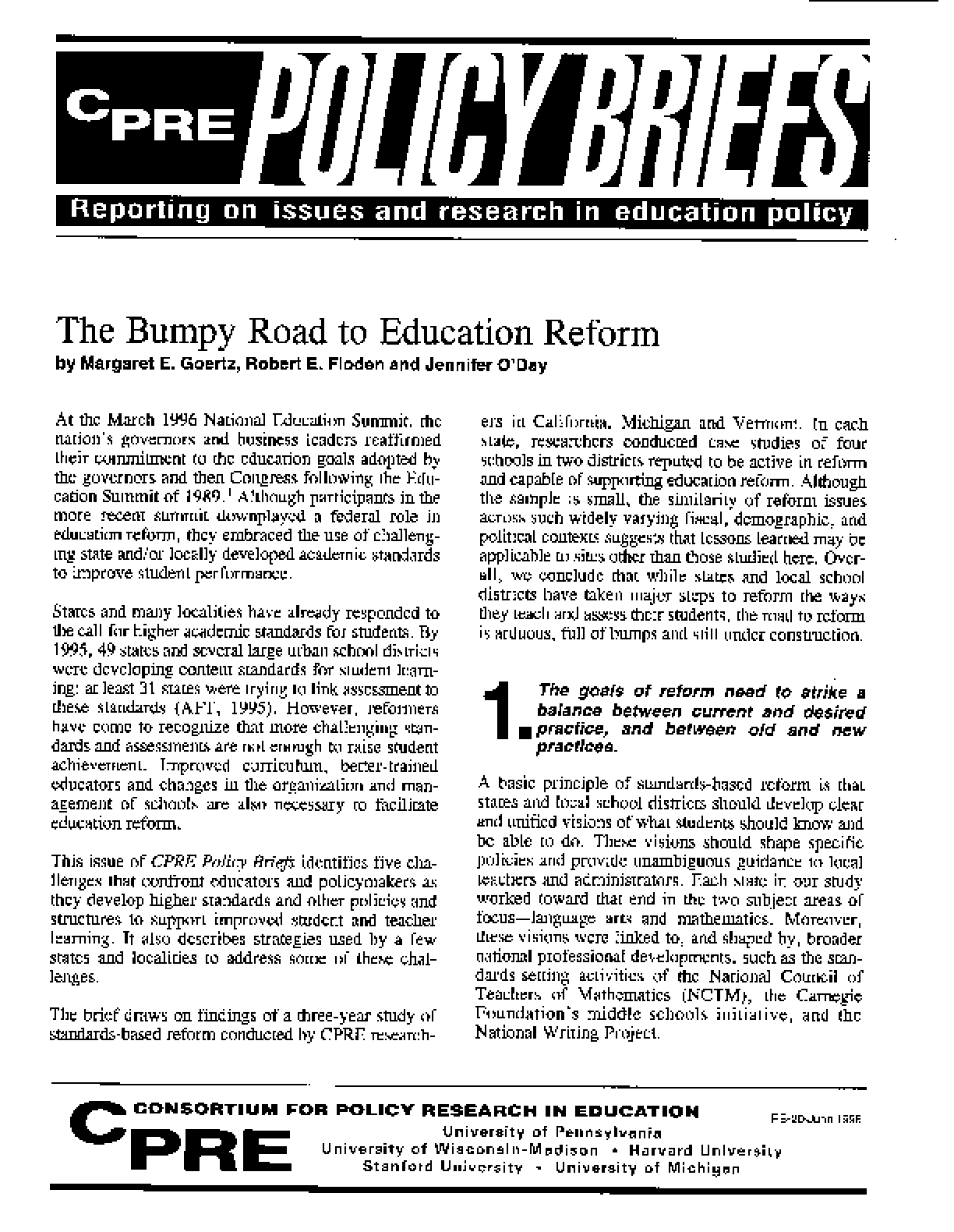