Policymakers are looking at Bus Rapid Transit as a complement to current mass transit investment options, including light- and heavy-rail. The Transportation Equity Act for the 21st Century (TEA- 21), which provides six-year funding for highway and transit programs, including Major Capital Investment "New Starts" Projects, expired on September 30th. An extension was approved through February 29th. New Starts Projects are defined under current legislation as fixed-guideway systems (like rail systems) that significantly restructure land use and congestion patterns in an urban area. As policymakers look for ways to invest in BRT, the Department of Transportation is encouraging BRT eligibility under the New Starts Program. The proposal included in the "Safe, Accountable, Flexible and Efficient Transportation Equity Act of 2003" (SAFETEA), the policy recommendation for TEA-21 reauthorization put forth by the Bush Administration, provides funding under the New Starts Program to "non-fixed guideway" systems. The Congress will consider this as it debates SAFETEA through 2003 and 2004. 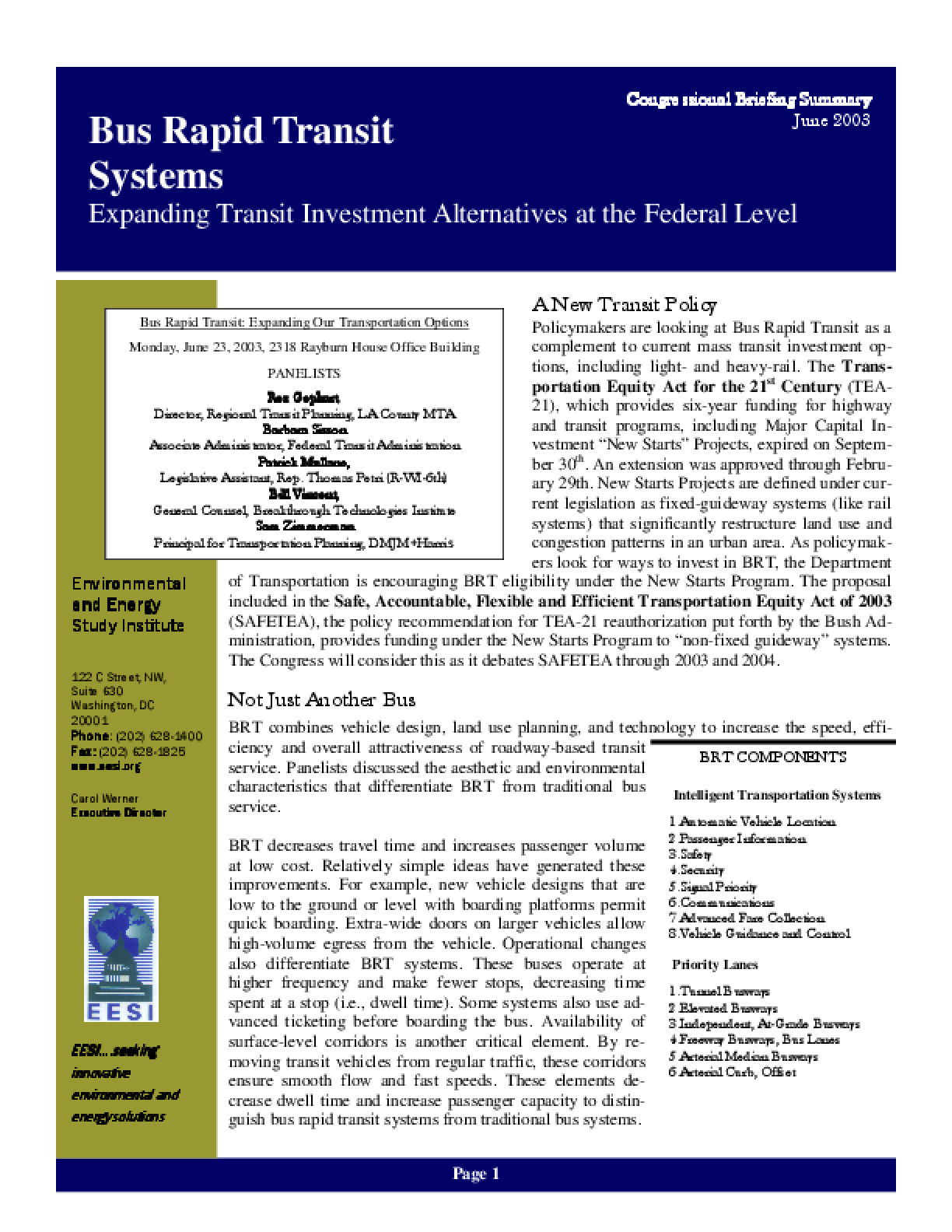