Business among Friends: Why Corporate Tax Dodgers Are Not yet Losing Sleep over Global Tax Reform

Fair tax regimes are vital to finance well-functioning states and to enable governments to uphold citizens' rights to basic services, such as healthcare and education. Tax dodging by big corporations deprives governments of billions of dollars and drives rapidly increasing inequality. Recent G20 and OECD moves to clamp down on corporate tax dodging are a welcome first step, but opponents are set on undermining them. And most developing countries, which lose billions to corporate tax dodging annually, are being left out of the decision making.

Oxfam's briefing shows how tax rules are rigged in favour of multinational corporations and how the G20's current approach to tax reform is at risk of being dominated by a legion of corporate lobbyists. Commercial interests must not be allowed to pursue their agenda at the cost of the public interest. All developing countries must be included in negotiations, and corporations must pay what they owe. 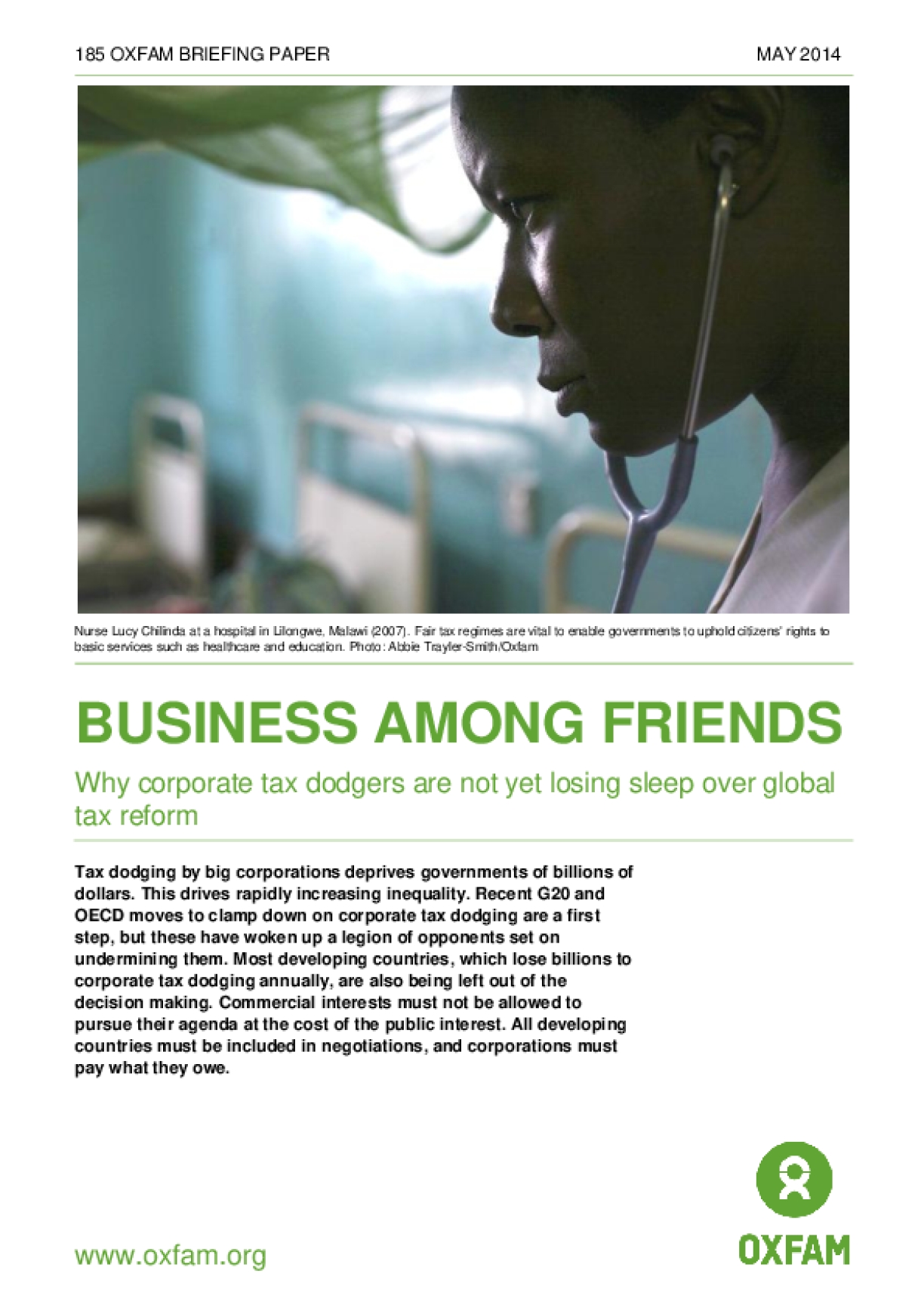