CAF UK Giving Coronavirus Briefing: How Charities and Donors Are Reacting to COVID-19

Charities Aid Foundation (CAF) has been conducting research into giving behaviours across the UK for decades. In these unprecedented times that we find ourselves in due to the COVID-19 crisis, we have been monitoring public reactions to charitable giving as well as talking to charities about their concerns. As such, since 17th March, CAF has conducted a number of one-question surveys with charities (pulse surveys) to measure the mood as things very quickly evolve. These have been sent out by CAF via email to our charity clients (base sizes for each survey shown on the charts below) with surveys completed quickly to obtain a snapshot.

In addition, as part of CAF's ongoing polling work with YouGov, we used our late March survey to ask the general public questions around charitable giving and COVID-19. By way of context, this survey was carried out just after the UK Government introduced new 14 day self-isolation guidance for any household where someone was unwell, through to just after the Prime Minister gave his March 23rd televised address to the nation that brought in widespread lockdown measures. We also conducted an overnight poll on 17th and 18th March to ask some benchmark questions. 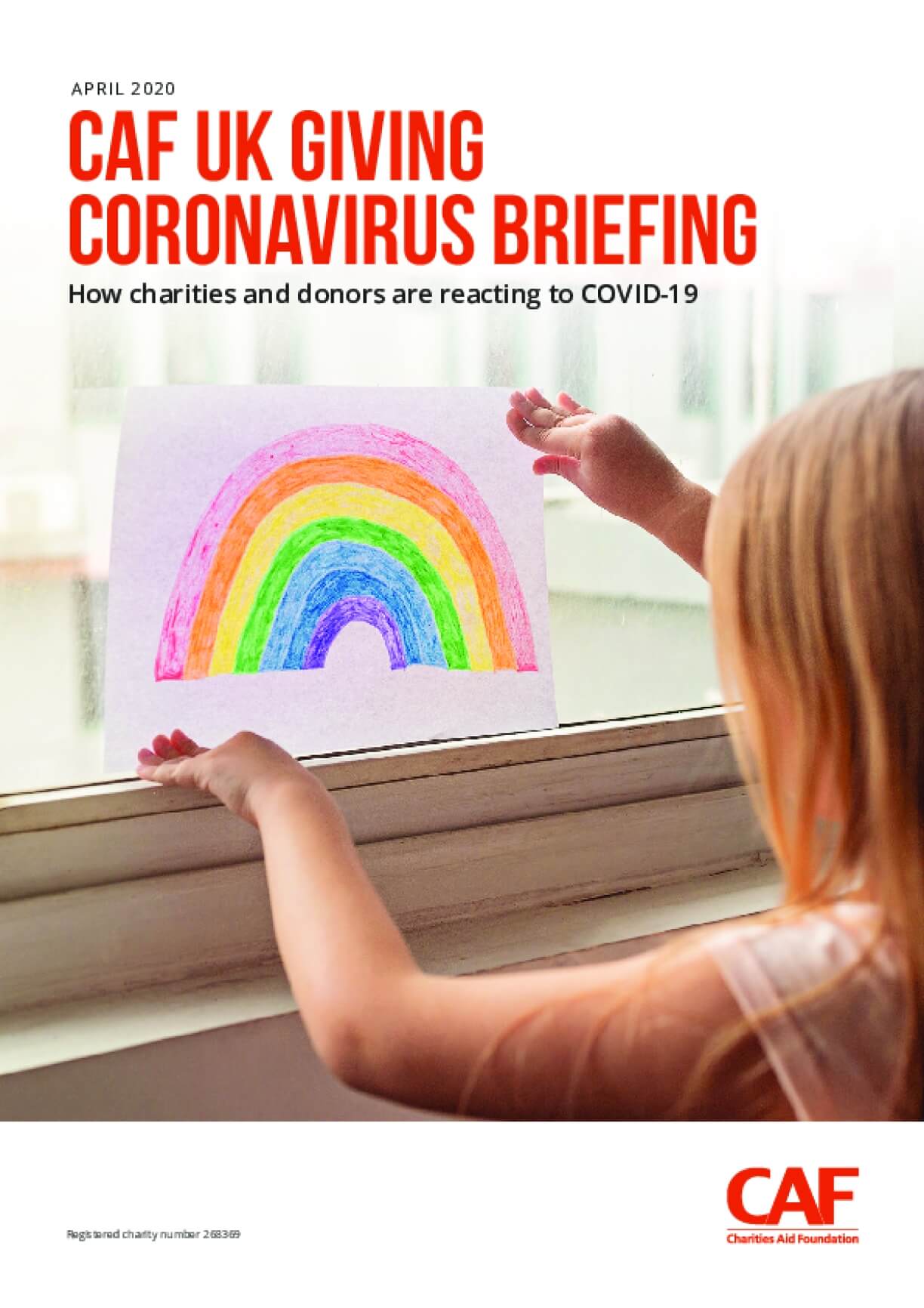