The report includes questions about three different types of giving behaviour, with each country ranked according to their answers to:

-Every Western country in the top 20 has a decreased score this year.

-For the second year running, Africa sees an increase in all three giving behaviours, compared to its five year average. 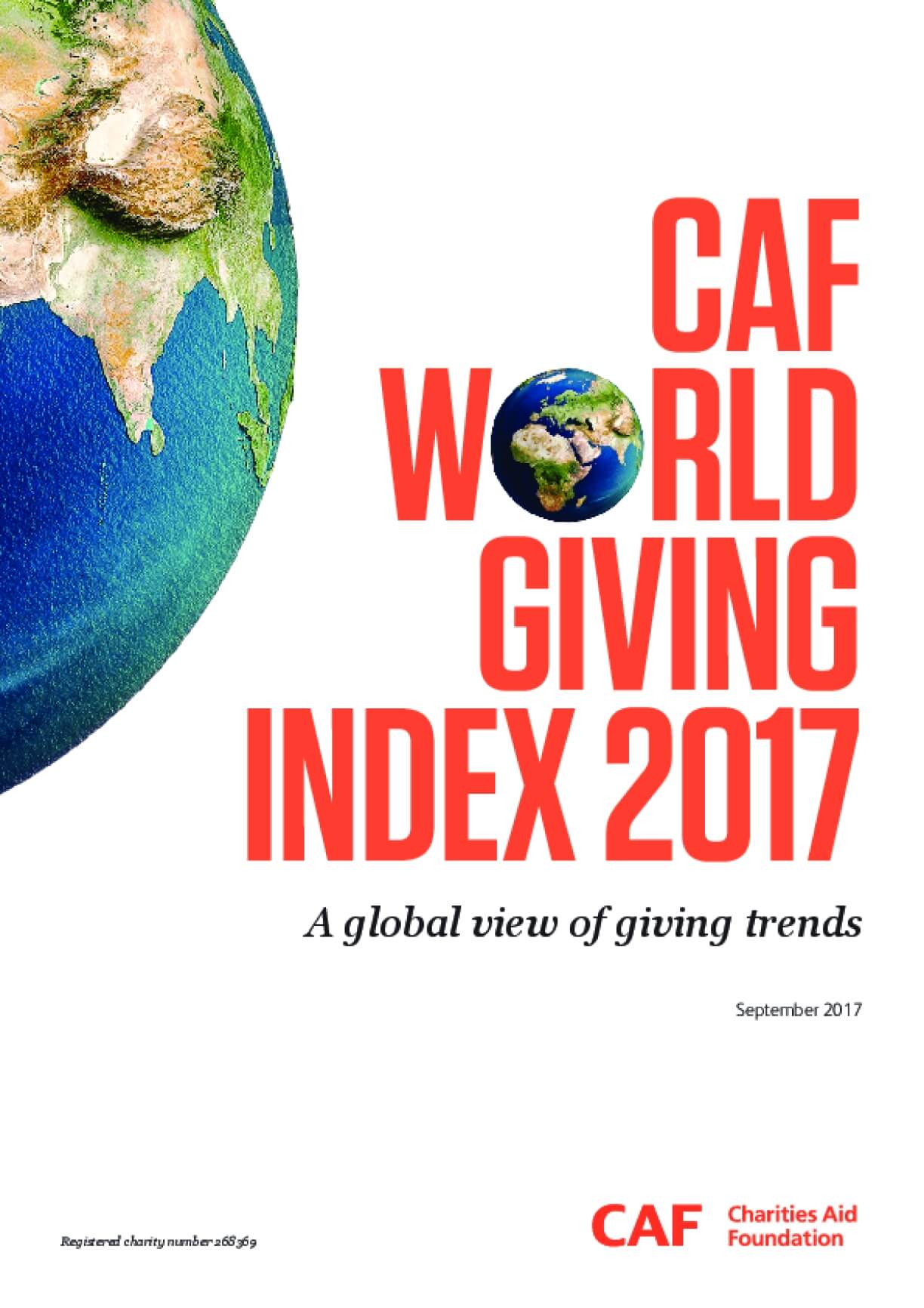