January 1, 2014 marked one year since the start of California's landmark cap-and-trade program, a market-based system to reduce greenhouse gas (GHG) pollution. The program will be the second-largest carbon market in the world, after the European Union's, and will cover 85% of all carbon pollution in the state by 2015. It is the most discussed program in a suite of strategies being deployed to achieve the goal of California's Global Warming Solutions Act -- also known as Assembly Bill 32 (AB 32) -- a 2006 law requiring the state to reduce GHG emissions to 1990 levels by 2020. California is the eighth-largest economy in the world and the first state in the nation to employ an economy-wide cap-and-trade program. While no state or country can stop climate change alone, California's environmental policies have a history of success and replication. The importance of California's program is thus magnified by the example it sets, and the world is watching to see whether the state's carbon market will succeed. One year into the program, the outlook is positive. California's cap-and-trade system weathered legal challenges and demonstrated a successful launch and viability during its initial year. In the first five auctions, all of the offered emission allowances usable for compliance in 2013 were sold. Similarly, the secondary market for carbon allowances has shown stability, and carbon prices close to the floor indicate the long-term possibility of low marginal abatement costs for regulated entities. Contrary to some predictions of harsh economic damage, capping carbon pollution in California has occurred amidst sustained and promising economic recovery and growth, including a stronger housing market and lower unemployment rate. This report provides an overview and analysis of California's carbon market after one year in operation. Included are a background on the cap-and-trade program, an account of the carbon market's progress to date, and an analysis of what the market's performance means for California's environmental and economic goals. This analysis includes in-depth summaries and trends observed from the quarterly auctions and secondary market activity, along with evaluations of market performance by industry experts and academics. Updates regarding litigation, proposed regulatory amendments, and international agreements are also discussed. 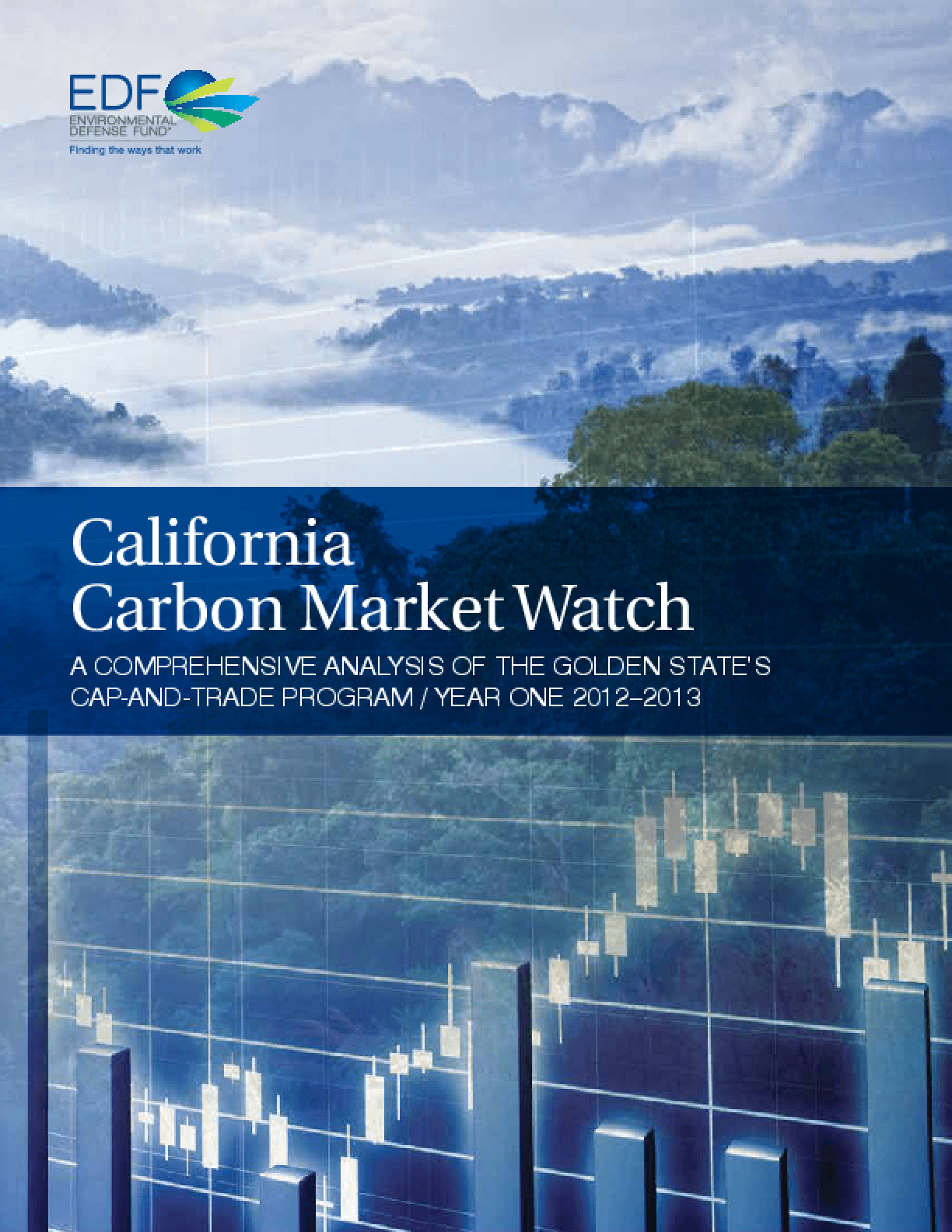