California Foundations: An Update on the State's Grantmaking Community (Highlights)

Estimated giving by California foundations rose in 2005 to a record $4.11 billion, and a survey of leading foundations projects that their giving will grow faster in 2006, according to a report released today by the Foundation Center. California foundations also maintained consistent, albeit modest, growth in annual giving throughout the economic downturn of the early 2000s, unlike foundations nationally. 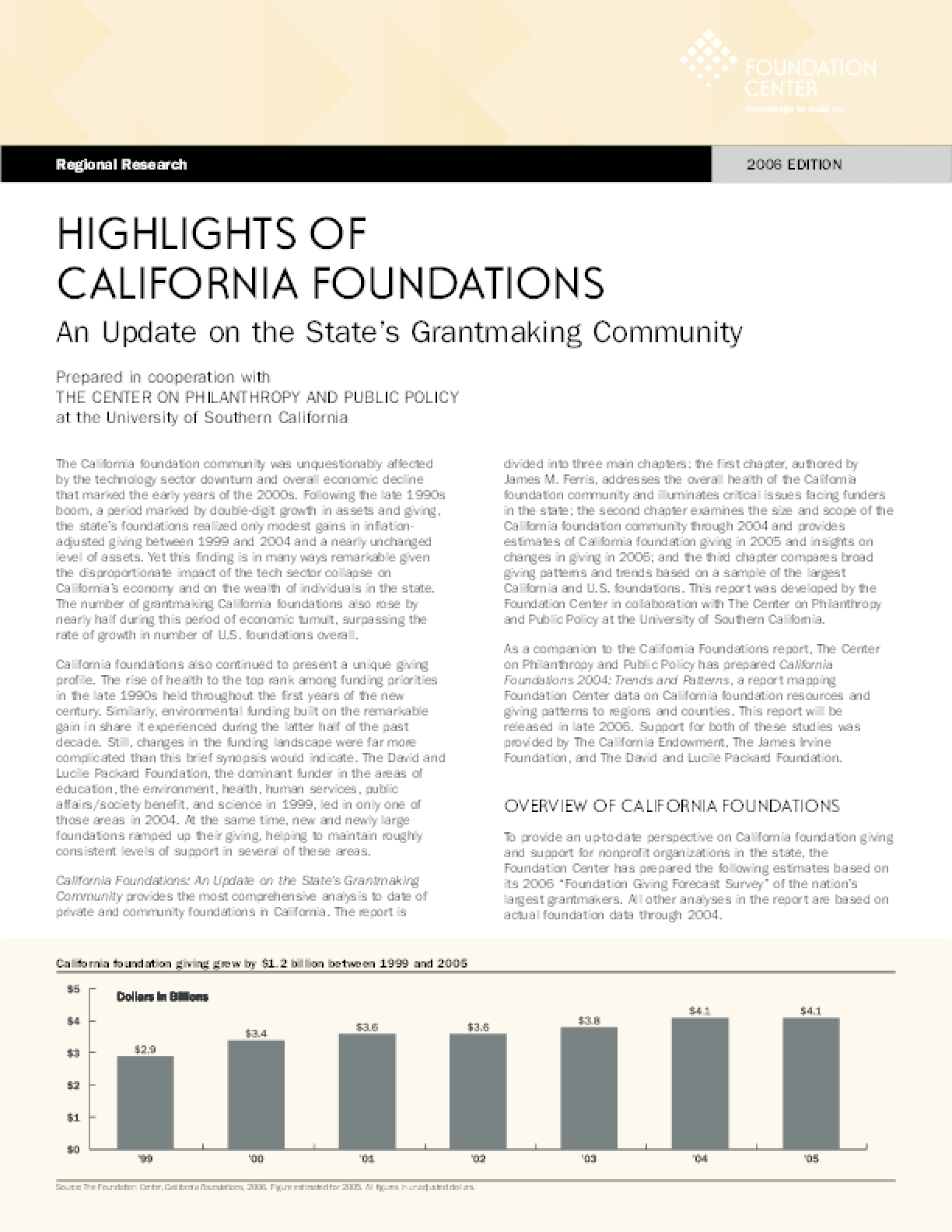