California: Round 1 - State-Level Field Network Study of the Implementation of the Affordable Care Act

This report is part of a series of 21 state and regional studies examining the rollout of the ACA. The national network -- with 36 states and 61 researchers -- is led by the Rockefeller Institute of Government, the public policy research arm of the State University of New York, the Brookings Institution, and the Fels Institute of Government at the University of Pennsylvania. In September 2010, six months after the passage of the Affordable Care Act, California became the first state in the nation to create its own insurance exchange, eventually named Covered California. This accelerated timeline was consistent with California's desire to be, in the words of the state's Health and Human Services Secretary and Exchange Board Chair Diana Dooley, the "lead car" in implementation of federal health care reform. Because of the speed with which it approached this task, as well as the sheer size of its coverage expansion, the decisions California has made have been influential both regionally and nationally. What has transpired in the state has had implications for other states as they addressed difficult issues, including minimizing adverse selection, promoting cost-conscious consumer choice, and seamlessly coordinating with public programs. 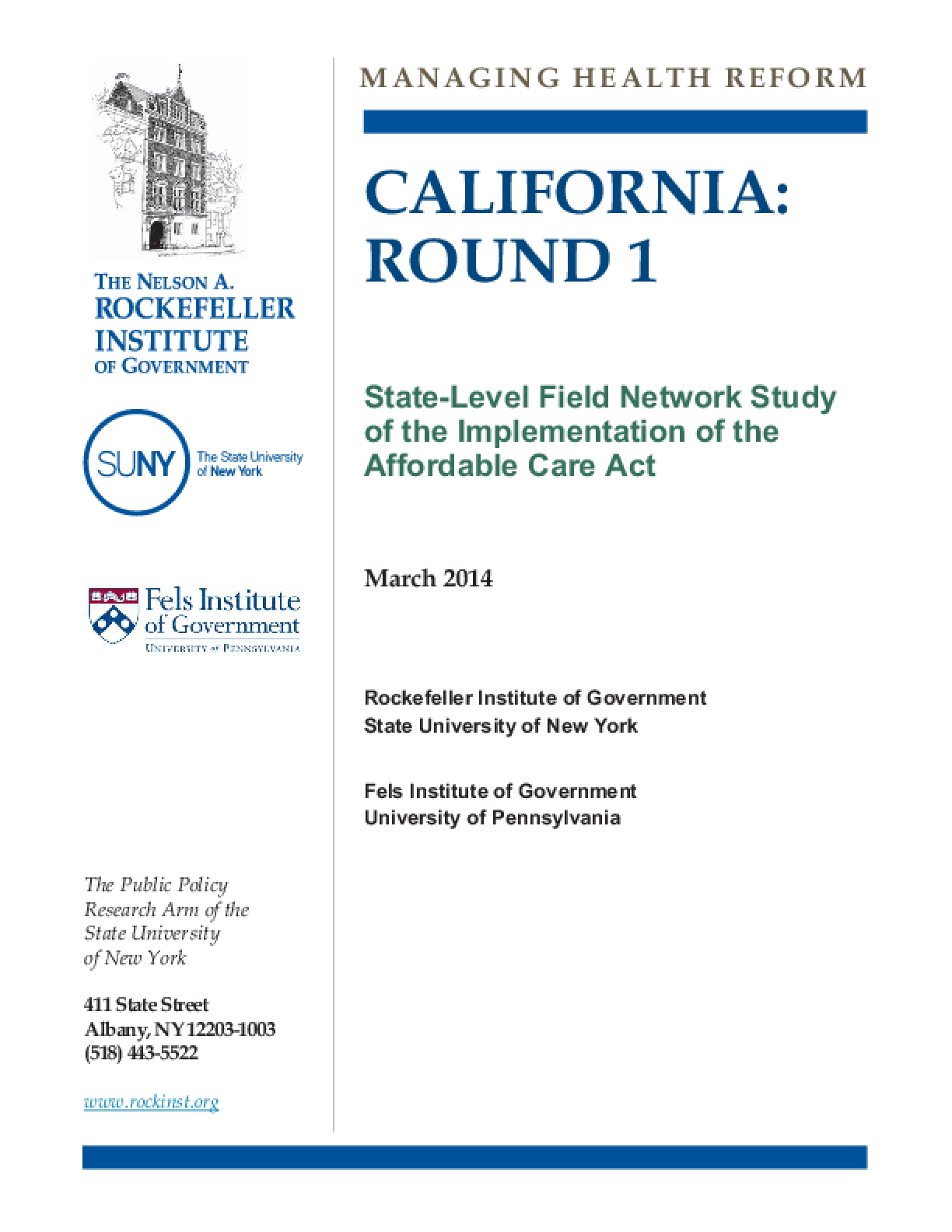