The health care safety net is a patchwork of programs and providers that serve low-income Californians without private health insurance. Changes in the economy, government budgets, and health care policy can influence how the safety net population obtains medical care. This report provides a snapshot of California's safety net at a critical juncture ahead of the full implementation of the Federal Affordable Care Act (ACA) in 2014. Stakeholders are preparing for important ACA deadlines, such as the expansion of Medi-Cal, the state's largest safety net program, while legal and political battles wage on over the future of health care reform. This report reflects a time of economic dislocation (much of the data for this report comes from 2009, the most recent year for which data are available). California unemployment reached 12% by the end of 2009, and monthly Medi-Cal enrollment peaked at over 7 million Californians that year. At the same time, the state trimmed billions of dollars from its budget by eliminating certain Medi-Cal services for adults, freezing Healthy Families enrollment for children, and cutting funding to community clinics. One bright spot was the American Recovery and Reinvestment Act (ARRA) of 2009, which provided stimulus funds to hospitals, clinics, and Medi-Cal. 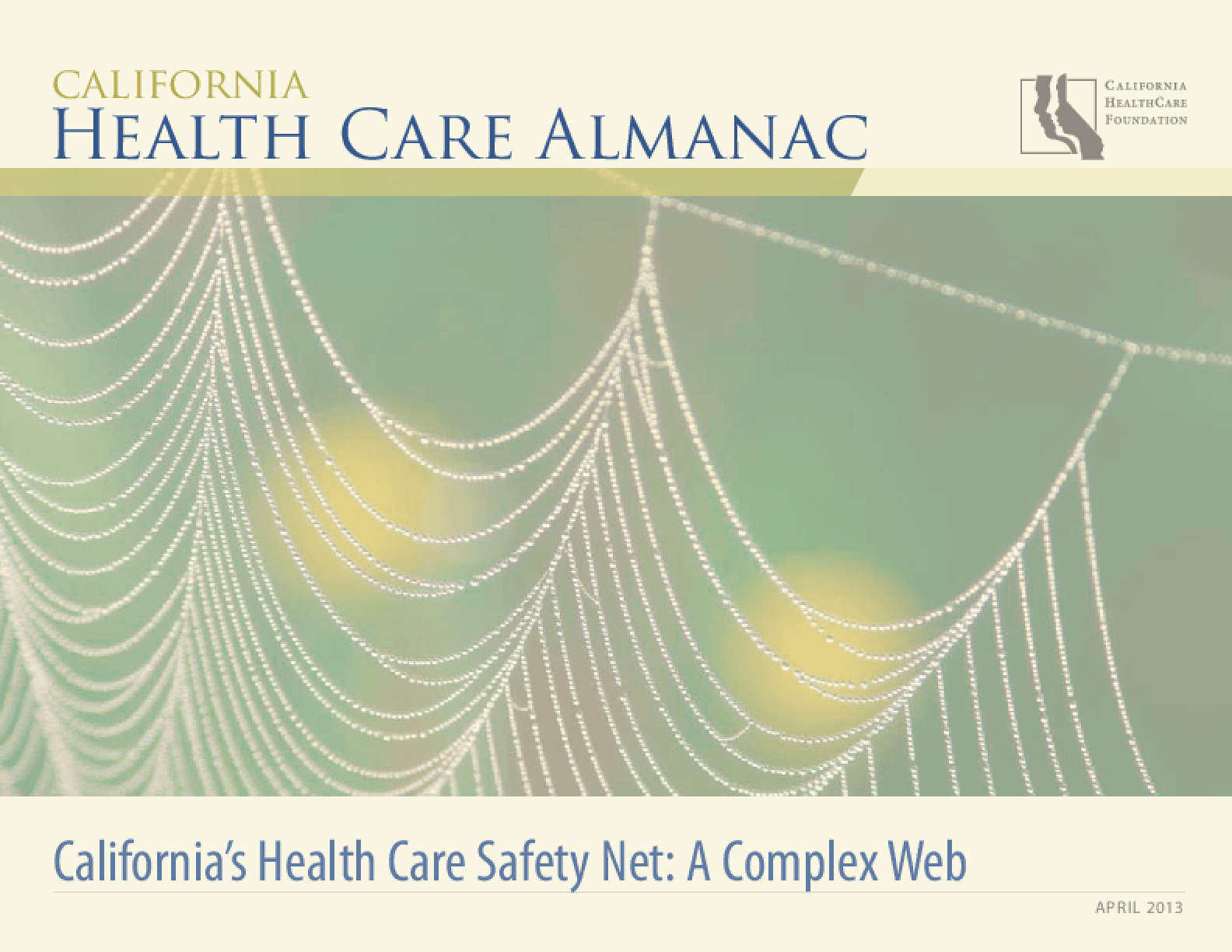