Since the implementation of the Affordable Care Act (ACA) in 2014, the uninsured rate in California dropped by nearly half, from 16% in 2013 to 9% in 2015. However, 2.9 million Californians remained uninsured.

California's Uninsured: As Coverage Grows, Millions Go Without provides a look at the uninsured two years after full implementation of the ACA. There could be big changes in health insurance coverage ahead with the election of President Donald Trump. 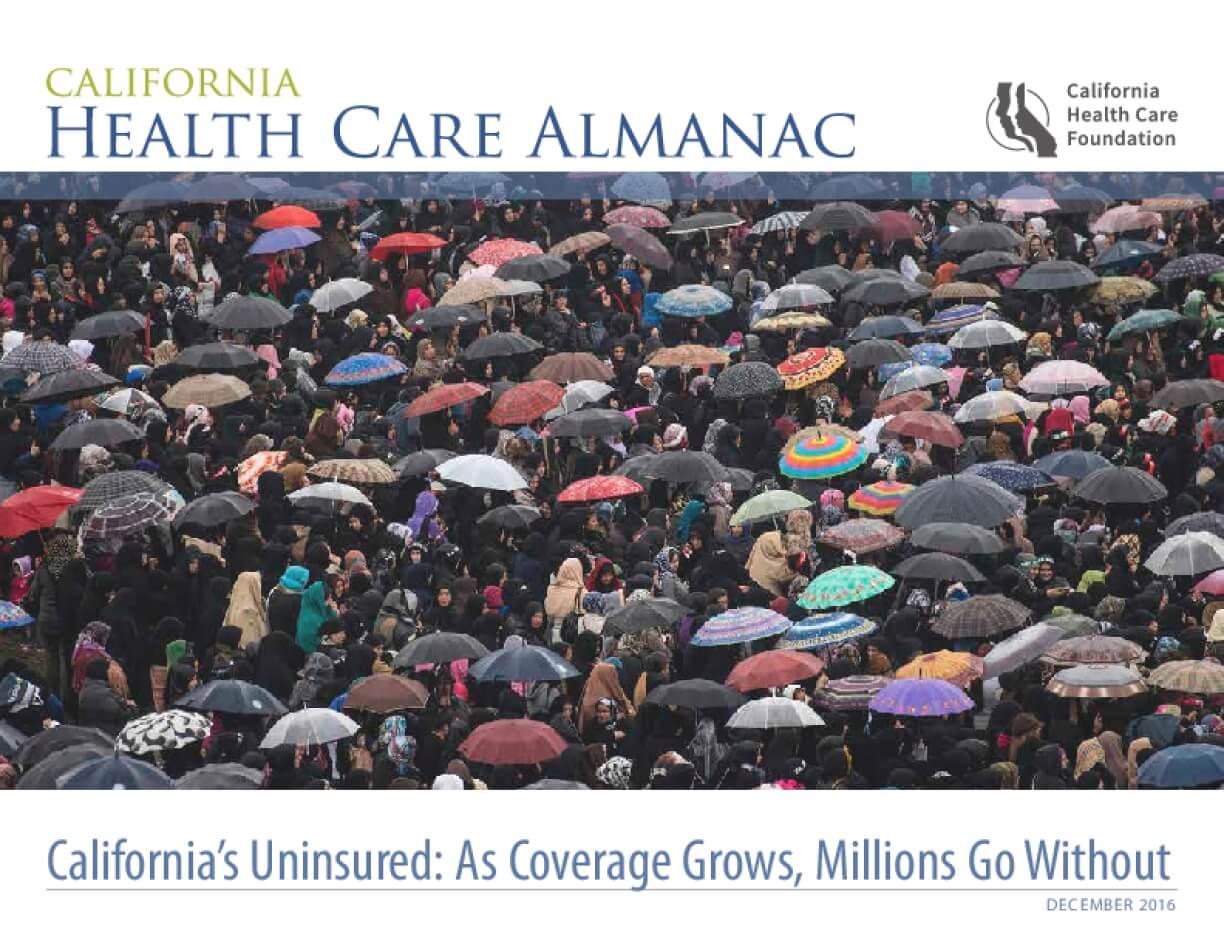