In 2011, California had the largest number of people under age 65 without health insurance -- 7.1 million -- of any state in the nation. The percentage of Californians who are uninsured has risen steadily over the past two decades; the state now has the seventh largest percentage of residents without coverage in the United States. The percentage of Californians who have employer-based coverage continued to fall, dropping from 65% in 1987 to 52% in 2011. While public insurance has partially covered this gap, almost 22% of Californians remain uninsured. This statistic should change dramatically in the coming years if the Patient Protection and Affordable Care Act is implemented as planned. 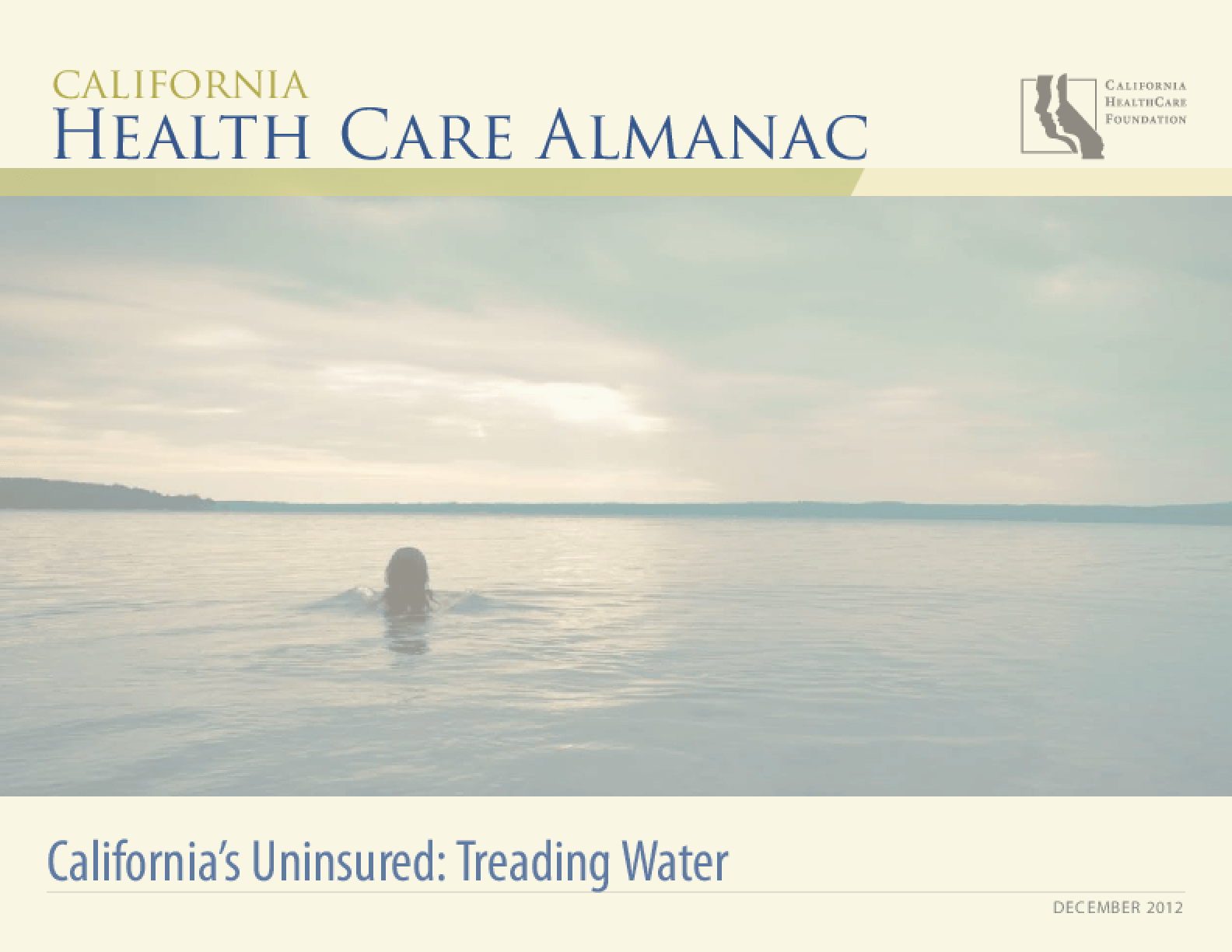