California Voter Consumption of Media on Government and Politics

The results of our recent survey of California voters shows that they maintain a robust interest in getting the information they need to make decisions about elections and public policy issues. The data show an electorate that remains an avid consumer of news about government and politics -- and is largely satisfied with the news it receives. Californians say that the news sources they use most often cover the issues that matter to them the most; are fair; are comprehensive; and reflect their views. And in the face of declining use of print media, the survey shows that voters in California are adopting digital media at a rapid pace -- with voters who use digital news saying that it is easier than ever to get news about government and politics at the state level. In addition, the survey paints a more detailed picture of the news habits of voters of color in California than has previously been obtained. Though California's communities of color largely use the same sources of news about government as do white voters -- primarily television and mainstream media journalism -- there are substantial subgroups that also get some of their news from ethnic media outlets. The emergence of younger voters of color as frequent digital media users indicates further potential for change in how news will be delivered to these constituencies. And even though California's voters of color express high levels of satisfaction in the news they consume, many have mixed feelings on whether their own community's views are well-represented in the media at large. In particular, African American and non-Chinese Asian American/Pacific Islander voters are the most likely to say that the views of their respective ethnic groups are not well represented in the media. The data also show that interest in news about government and politics and greater civic involvement go hand-in-hand; a majority of California voters reports active engagement in some facet of their community's civic life, with engagement concentrated among the most avid consumers of the news. While it is not surprising that these civically-engaged voters are also more likely follow the news, the survey also makes clear that voters see the news media they use as facilitating their participation. More than two-thirds of California voters report that the news source they use most often informs them about ways they can get involved. 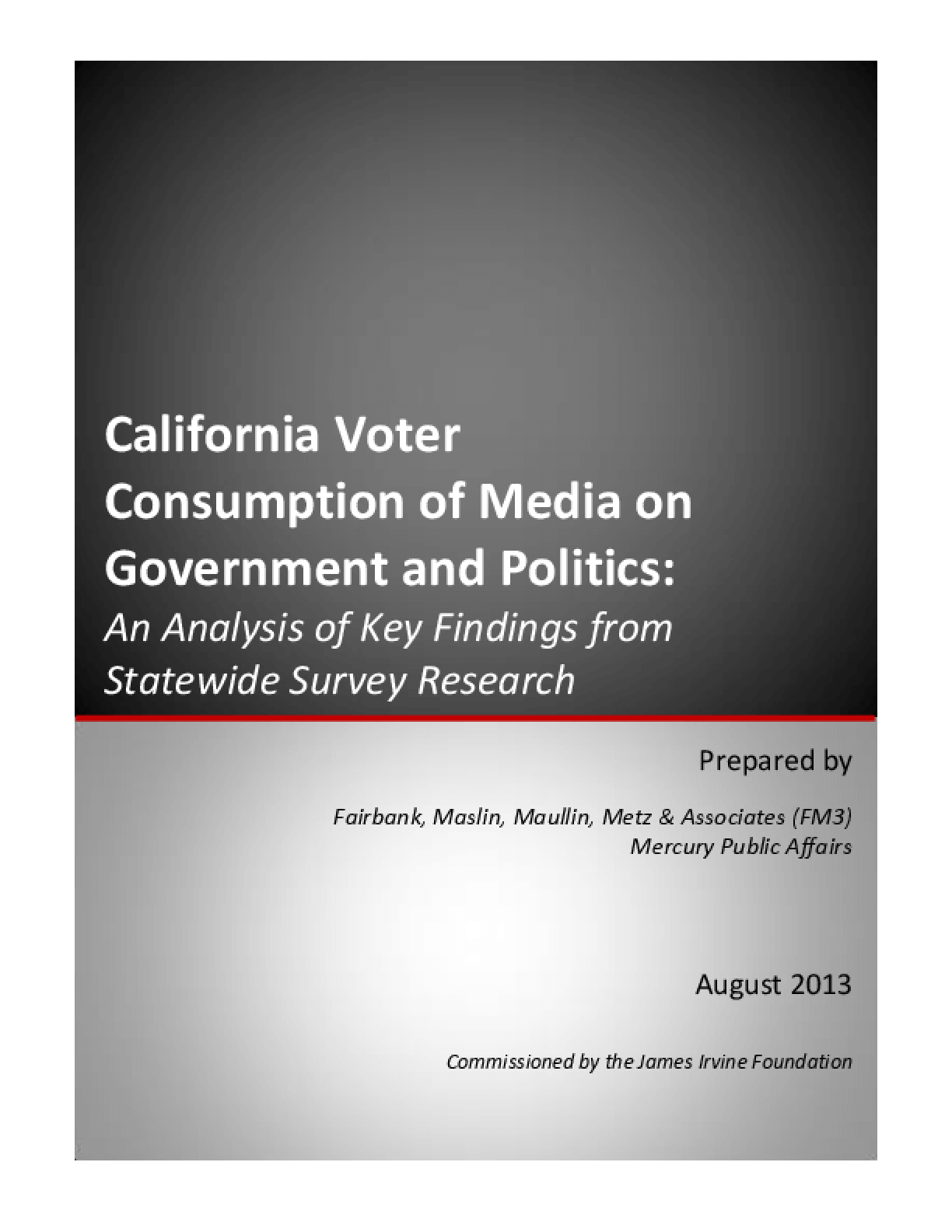