Extensive regulations govern campaign finance at the state and national levels. Congress has recently passed the McCain-Feingold law that restricts contributions and electoral advertising. Many states, including Washington, have similar regulations. Washington's regulations limit contributions from individuals, political action committees, and political parties. Overall, campaign finance regulation in Washington State has been able to reduce the sums spent on campaigns for the state legislature. Contrary to the claims of proponents, campaign finance regulation has hindered electoral competition in the state. Incumbents were less likely to face either primary or general election challengers after the regulations went into effect. In addition, candidates who challenged incumbents during the general election were less likely to win. Proponents of contribution limits hope to pass new regulations in additional states and expect McCain-Feingold to enhance electoral competition. The experience of Washington State suggests that both aspirations are unlikely to become reality. 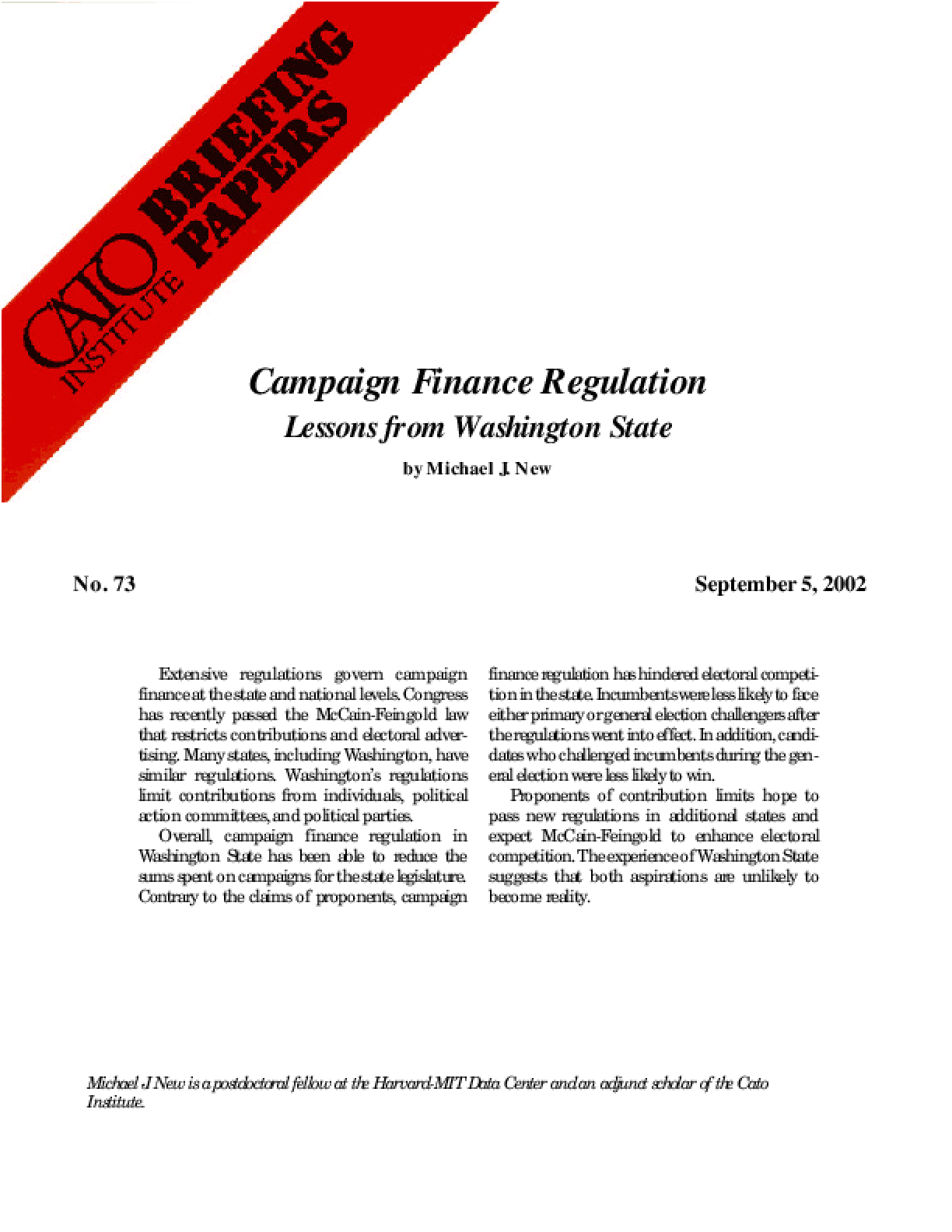