In March 2014, Campaign for an Accountable, Moral, and Balanced Immigration Reform (CAMBIO) commissioned us to conduct an external review of the CAMBIO campaign. This report summarizes findings based on data gathered during an in-person focus group conducted with members of the CAMBIO Steering Committee in May 2014; a review of approximately 20 CAMBIO corporate documents and 36 internal meeting minutes; and 41 semi-structured telephone interviews conducted principally in June and July 2014. 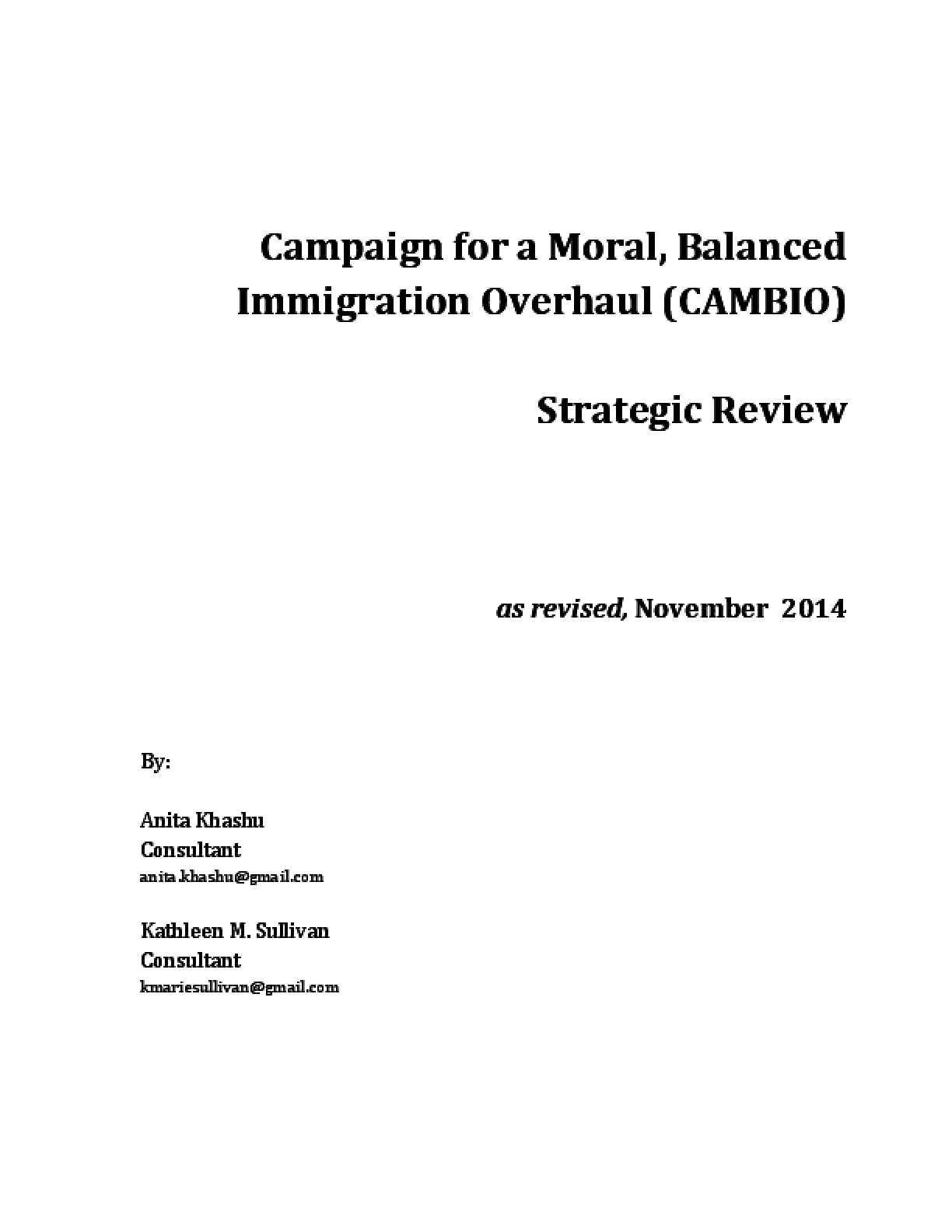