Can Health Centers Increase Voting Among Their Clients, Constituents and Staff? A Report from the 2012 Election 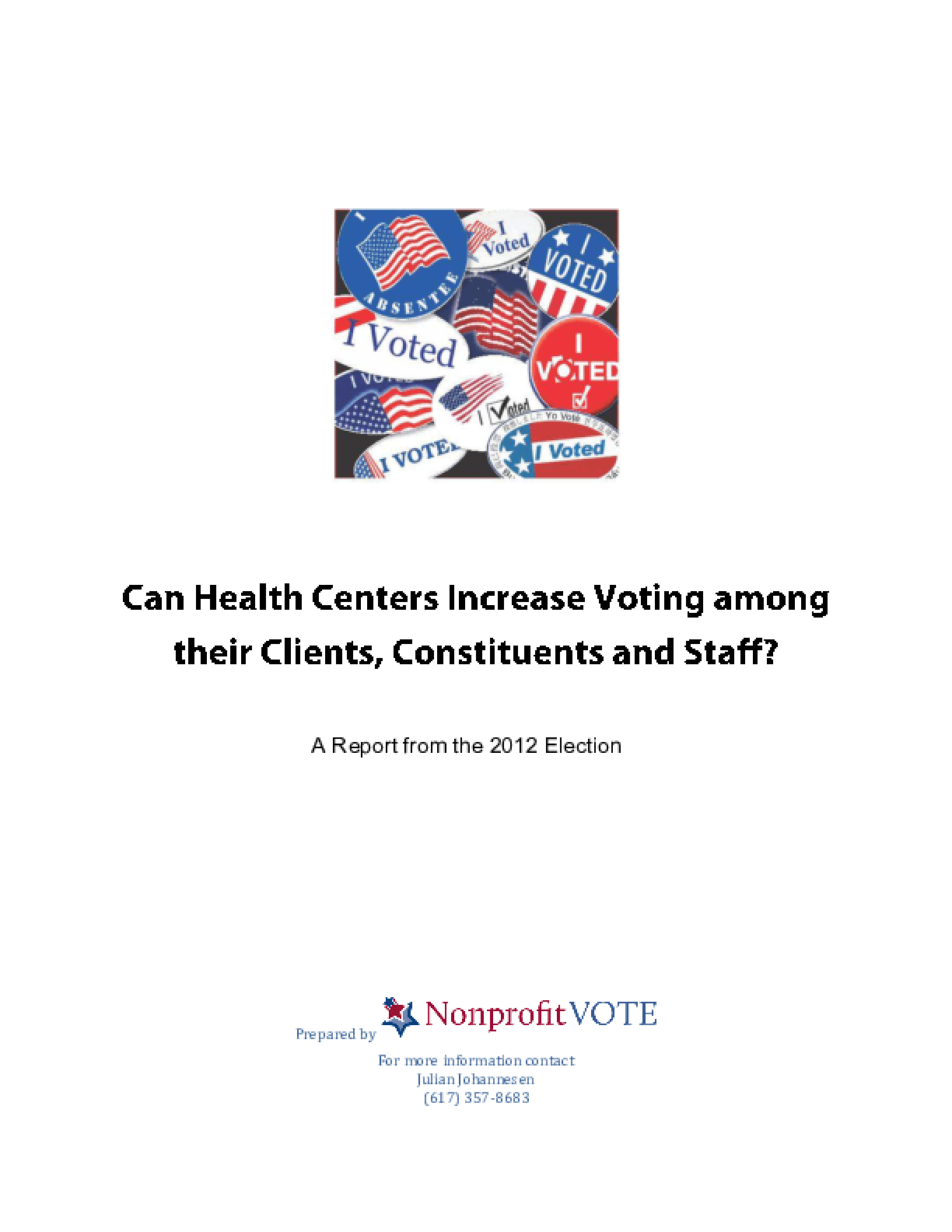