People gather in structured, if informal, community groups for many reasons—social, such as a book club or softball league; economic, such as a team hosting a fundraiser for a member's medical expenses; or political, such as neighbors meeting to address flooding caused by poor infrastructure. But how does participating in such groups affect people's well-being or decisions to work for other community improvements? Level of political knowledge? Level of trust toward group members, people in the broader community, or institutions such as the government? Or willingness to tolerate differences that are often at the root of conflict, such as ethnicity and religion?

Through an Innovation and Research Grant funded by USAID's Center of Excellence on Democracy, Human Rights, and Governance under the Democracy Fellows and Grants Program, Professors Jaimie Bleck from the University of Notre Dame and Philippe LeMay-Boucher from Heriot-Watt University, in collaboration with Jacopo Bonan from Catholic University of the Sacred Heart and Bassirou Sarr from the Paris School of Economics, worked to answer these questions by studying community groups called grins that meet in neighborhoods across Mali's cities. The research, which included both survey data and data generated through the public goods and trust experimental games, was implemented in two sites in Mali: the capital Bamako and the twin cities of Mopti and Sevare, on the border between the formerly occupied north and the south. Key findings include: 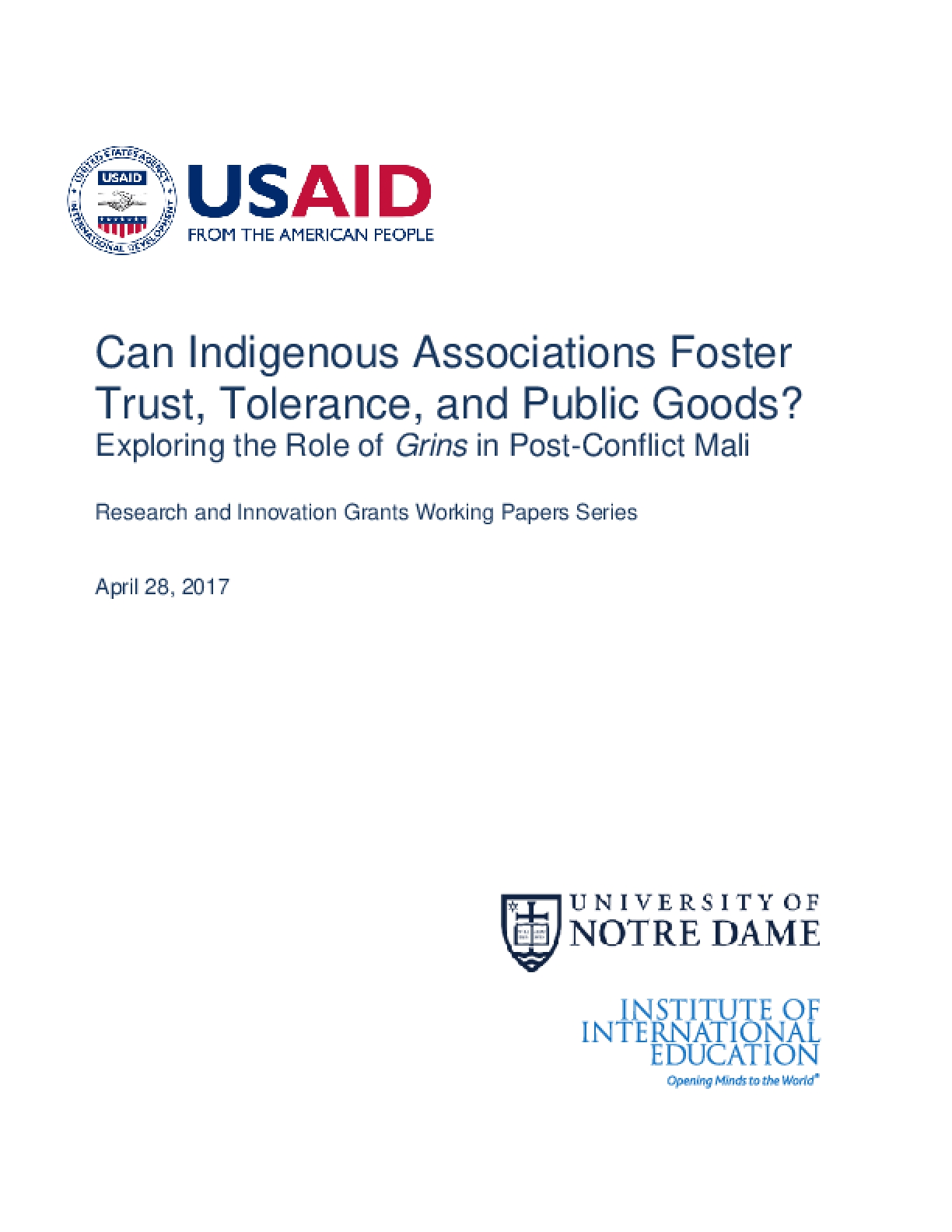