Indonesia is engaged in an unprecedented major social and economic experiment in which much authority and responsibility for its governmental expenditures are being decentralized from the national government, largely to the local government level rather than the provincial government level. From being the most centralized large country in the world, Indonesia is likely to become one of the most decentralized if this process is successful. This paper addresses the major issues that are arising as the Government of Indonesia (GOI) efforts to prepare for decentralization are being finalized and the process of socialization of these GOI ideas and practices are considered by decentralized units of government, the Parliament and the Indonesian Constituent Assembly, and the public at large. These issues have been chosen in part on the basis of detailed results of interviews carried out with local government officials as they consider the decentralization matters fast approaching them. Principal concerns raised in the paper include the policy and administrative matters yet to be resolved, such as local budgeting, financial management, and auditing practices under decentralization, personnel decentralization, the role of borrowing by local governments, and the match between revenues and expenditures. A major theme of the paper is the importance of inaugurating and upgrading a continuing national and local discussion process to reach agreement on the goals and processes of decentralization. Although there are certain aspects of the Indonesian experience that present significant problems for the decentralization, most of the key issues are on the table for discussion and perhaps resolution. Working Paper Number 00-10. 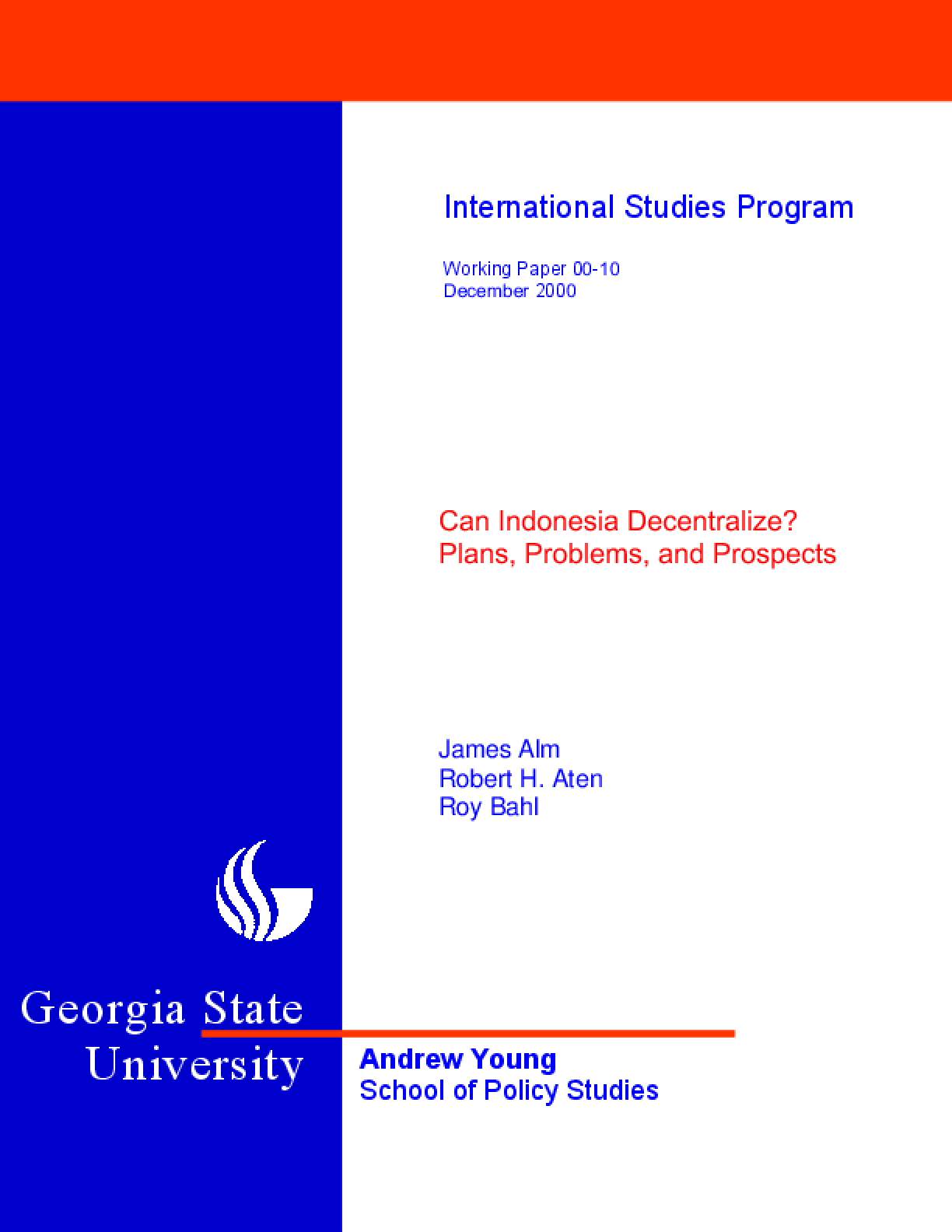