Low-income adult learners often struggle to finance their college expenses, having to contend with competing responsibilities involving work, family, and school. This report presents findings from a study of performance-based scholarships at two community colleges in New York City -- the Borough of Manhattan Community College and Hostos Community College, both part of the City University of New York system. Students who were eligible for the program could receive up to $2,600 total over two semesters, or up to $3,900 total over two semesters plus a summer semester. Payments were contingent upon maintaining a minimum level of enrollment and grades, and were made directly to students. The program in New York City is one of six being studied as part of the Performance-Based Scholarship (PBS) Demonstration. Each program is designed to serve a different target population and to test an alternative incentive structure, and all employ a random assignment research design. The program in New York City is a test of a scholarship-only program, with no services attached to the award. It targets adult students who are in need of developmental education, and aims to learn whether these scholarships are an effective way to help students progress academically. In addition, the program's design allows researchers to test whether offering students a summer scholarship as well can further improve their academic outcomes. Analysis suggests that the scholarship-only program: * Encouraged more full-time enrollment during the semesters in which the program operated. Full-time enrollment increased 4.1 percentage points in the first semester and 6.0 percentage points in the second semester of the scholarship program. * Did not increase the average number of semesters registered or credits earned over two years. While students who were eligible for the scholarship attempted more credits on average, this impact was small and was not accompanied by impacts on the number of semesters registered or cumulative credits earned. * Increased registration and credit accumulation in the summer semester. However, this increase did not lead to increased registration or credit accumulation over the two-year followup period. * Had impacts on students at one college but not on students at the other college. There is exploratory evidence that the program at one of the colleges had positive impacts on key academic outcomes. The analyses suggest that the impacts varied by college and that the college environments may have influenced these impacts. MDRC will continue to publish findings from each of the six programs in the PBS Demonstration in the coming years. The program in New York makes an important contribution to the overall demonstration and to the study of performance-based scholarships. 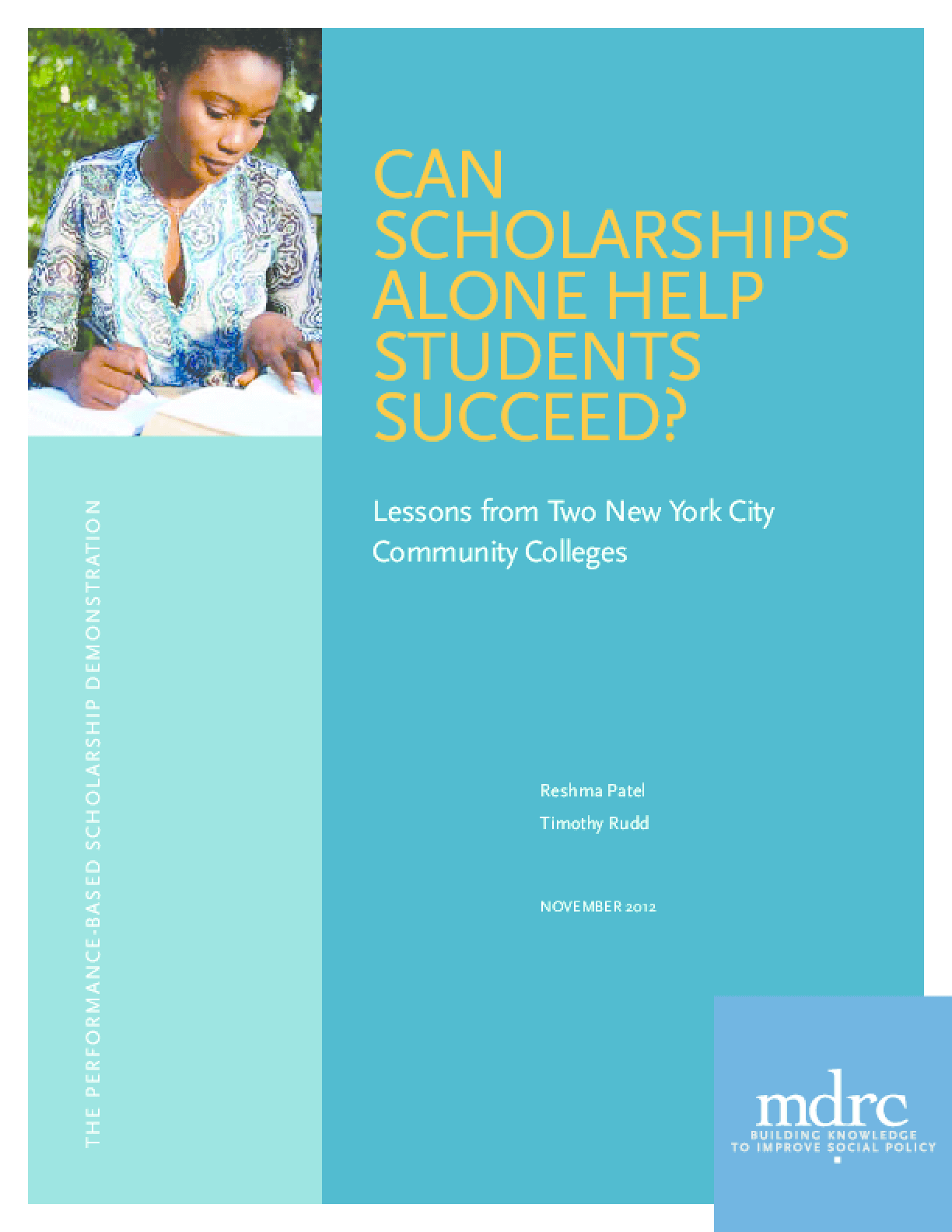