Can the U.S. Get There from Here?

Climate change impacts in the United States are increasingly evident and come with steep economic and social costs. The frequency and intensity of extreme weather events has increased in recent years, bringing record-breaking heat, heavy precipitation, coastal flooding, severe droughts, and damaging wildfires. According to the National Oceanic and Atmospheric Administration (NOAA), weather-related damages in the United States were $60 billion in 2011, and are expected to be significantly greater in 2012. The mounting costs convey an unmistakable urgency to address climate change by reducing greenhouse gas emissions (GHGs). This report examines pathways for GHG reductions in the United States through actions taken at the federal and state levels without the need for new legislation from the U.S. Congress. 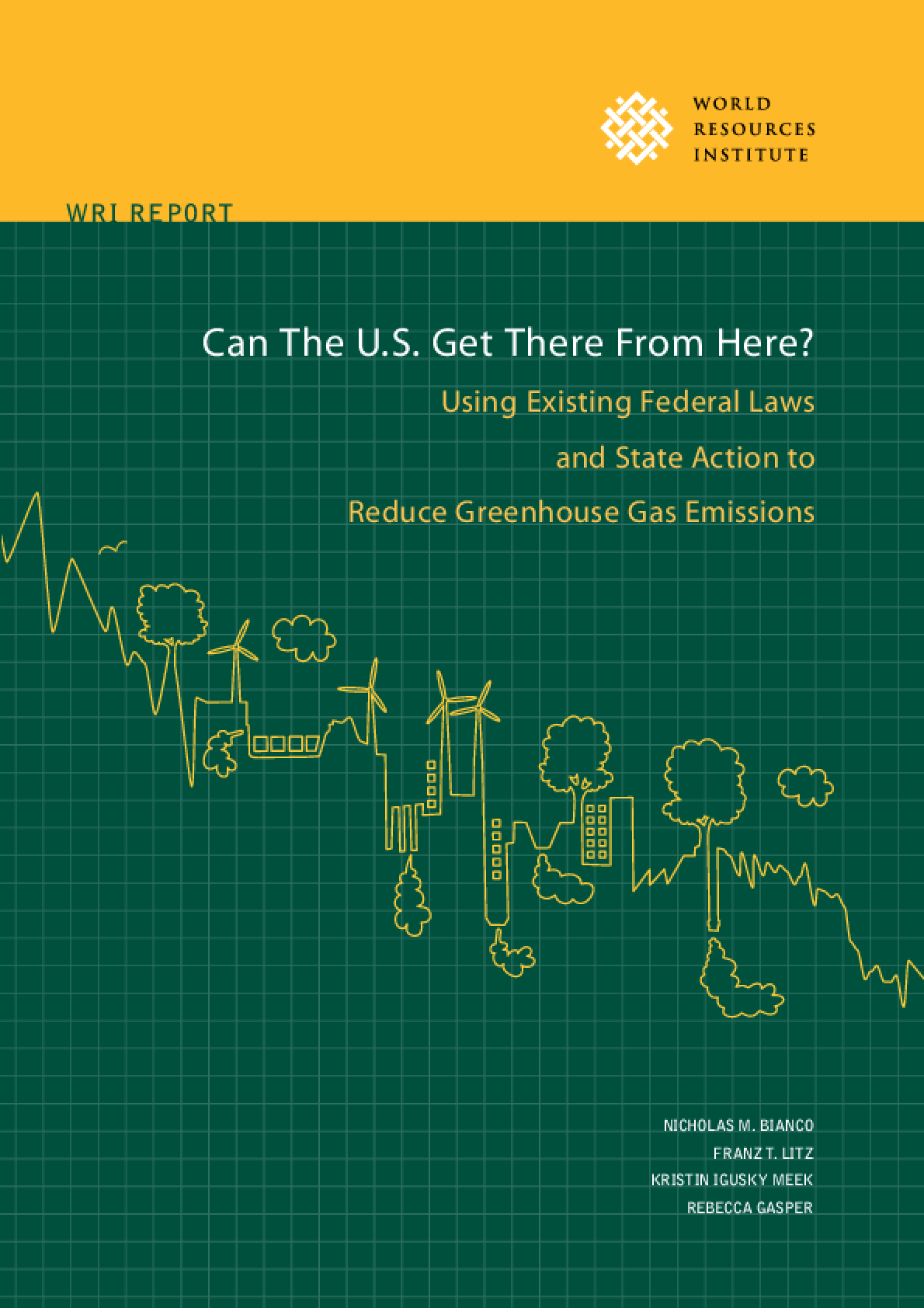