Congress has struggled for decades to reform Medicare's fee-for-service payment system, which has driven up the cost of American health care by reimbursing medical providers for services, regardless of their value or quality. The most recent attempt at reform, the 2015 Medicare and CHIP Reauthorization Act (MACRA), seeks to quantify the value of care delivered and to get medical practices to bear some responsibility for the aggregate costs associated with a course of treatment.

To do so, the law provides higher payments to clinicians who participate in Alternative Payment Models (APMs), in which practices are penalized for excessive aggregate costs associated with the delivery of a full course of treatment. Most medical practices have balked at APMs, which require them to bear substantial financial risks. These practices, however, will become subject to a complex grading mechanism, the Merit-based Incentive Payment System (MIPS), which will adjust Medicare payments to clinicians in line with their performance relative to peers on a vast array of performance metrics. Yet the federal agency tasked with overseeing this scoring system has publicly declared MIPS to be unworkable and called for its repeal.

The fact that Medicare has inadvertently encouraged the proliferation of low-value services does not mean that it is capable of transforming health care for good by identifying and rewarding high-value care. It would be enough to avoid doing harm. That goal can be accomplished if APMs were to give clinicians full credit for treating patients enrolled in Medicare Advantage—which would eliminate the risk to taxpayers of inflated volumes of low-value services, while freeing medical practitioners from arbitrary and counterproductive regulations. 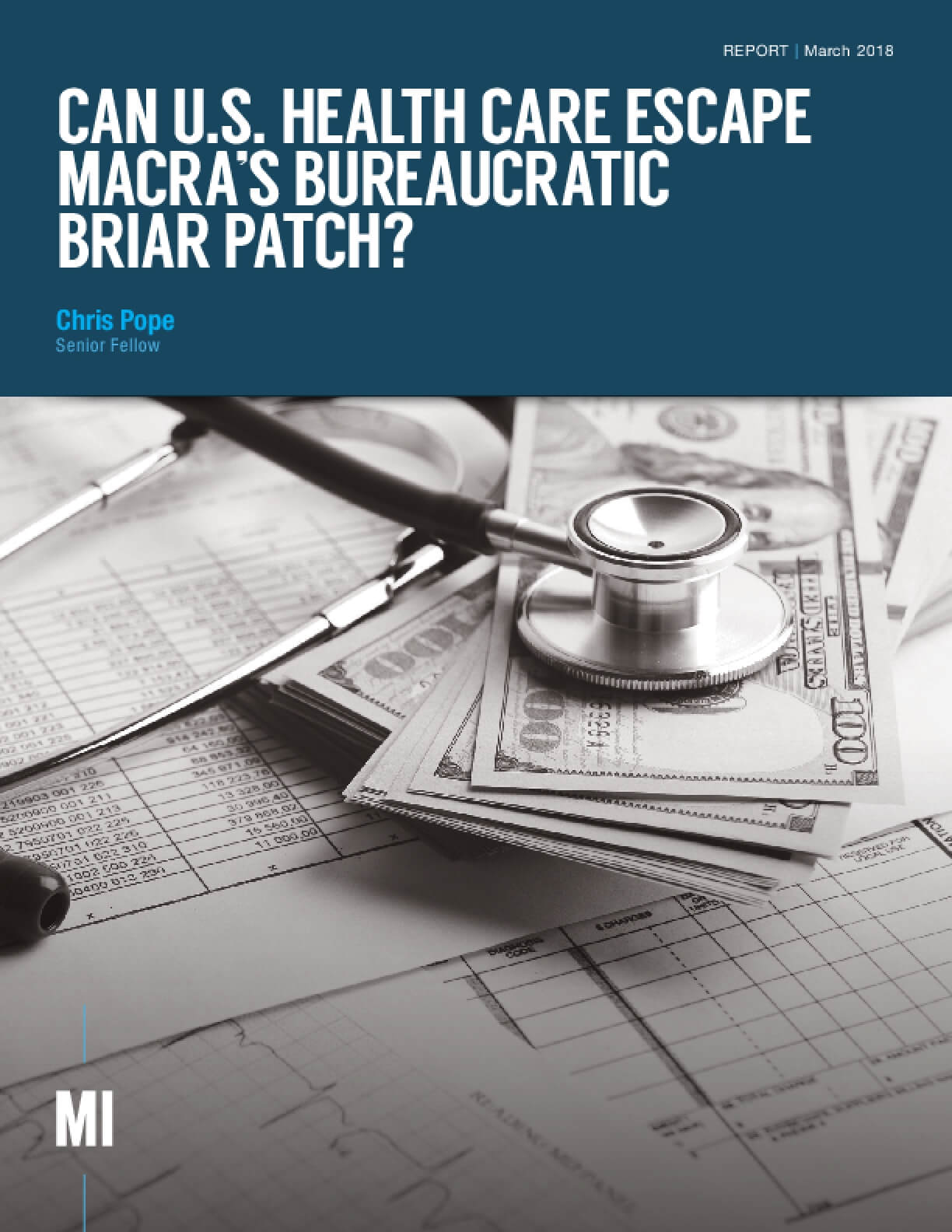