Capacity Building: Lessons from a Pilot Programme with Black and Minority Ethnic Voluntary and Community Organisations

Despite the black and minority ethnic (BME) sector's ability to provide culturally appropriate services and to play an active and key role in civic engagement and social inclusion, BME organisations are often marginal to local policy debates and feel 'used by mainstream and statutory agencies to deliver the latter's goals and targets rather than being fully involved in strategic policy discussion' (Craig et al., 2002). Many BME groups experienced exclusion from the traditional structures of the voluntary and community sector, and from different levels of government decision making combined with a more stringent level of funding scrutiny (Craig et al., 2002), reflecting the racism experienced by the communities themselves. It is this inequality and marginalisation of certain groups from the process of mainstream society that the Council of Ethnic Minority Voluntary Organisations' capacity building programme challenged. The Joseph Rowntree Foundation (JRF) and CEMVO commissioned Charities Evaluation Services (CES) to evaluate the programme. 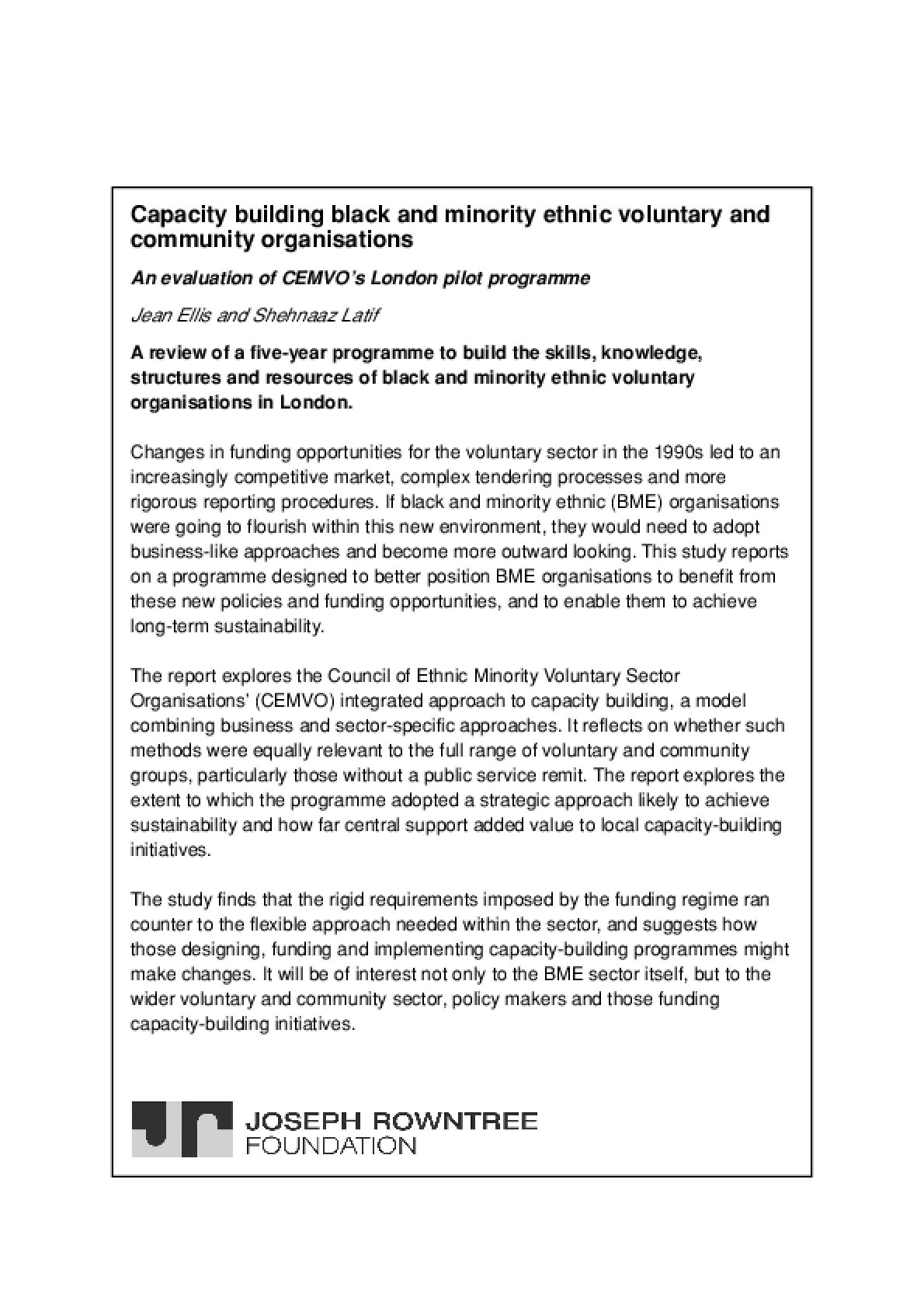