This report summarizes the Caribbean Marine Protected Areas Project executed by ICLARM from January 1, 1999 to December 31, 2001. The purpose of this project ws to address the issue of decreased catch rates and declining income per unit of fishing effort in Jamaica's artisanal fisheries. This is an issue that is not unique in Jamaica. It is faced by fishers in most of the countries surrounding the Caribbean. The absence of any significant fisheries management, combined with excessive population densities and a lack of employment opportunities, has led to increasing fishing effort in Caribbean coastal fisheries, resulting in recruitment and growth overfishing. Decreased catches are shared by ever-increasing numbers of fishers. The goal of the project has been to generate improved and sustainable livelihoods for communities dependent on coral reef fisheries in target areas by devising strategies for improved management of coral reef resource systems, including the use of marine protected areas. Research activities included comparative socio-economic and biological surveys of commercial fisheries in the British Virgin Islands and in North America (Caribbean)-Jamaica; studies of comparative recruitment rates of coral reef fish and systems for small-scale aquaculture based on the capture of pre-settlement reef fish. Rectangular escape gaps were evaluated as a management tool for Antillean trap fisheries. Changes in the stocks of fish in the Discovery Bay Fisheries Reserve in Jamaica were monitored for 62 months following its declaration and ecotropic models were developed for Discovery Bay and for Hans Creek, a proposed marine protected area in the British Virgin Islands. It was shown that the adoption of rectangular and diamond-shaped escape gaps, that release slender deep-bodied fish, would significantly reduce the effects of overfishing in Caribbean reefs. Progressive increases in total harvests of about 42% are possible on the north coast of North America (Caribbean)-Jamaica; probably accompanied by even larger increases in the value of the trap catch and improvements in harvests of spear and hook-and-line fisheries as a result of improved recruitment rates. 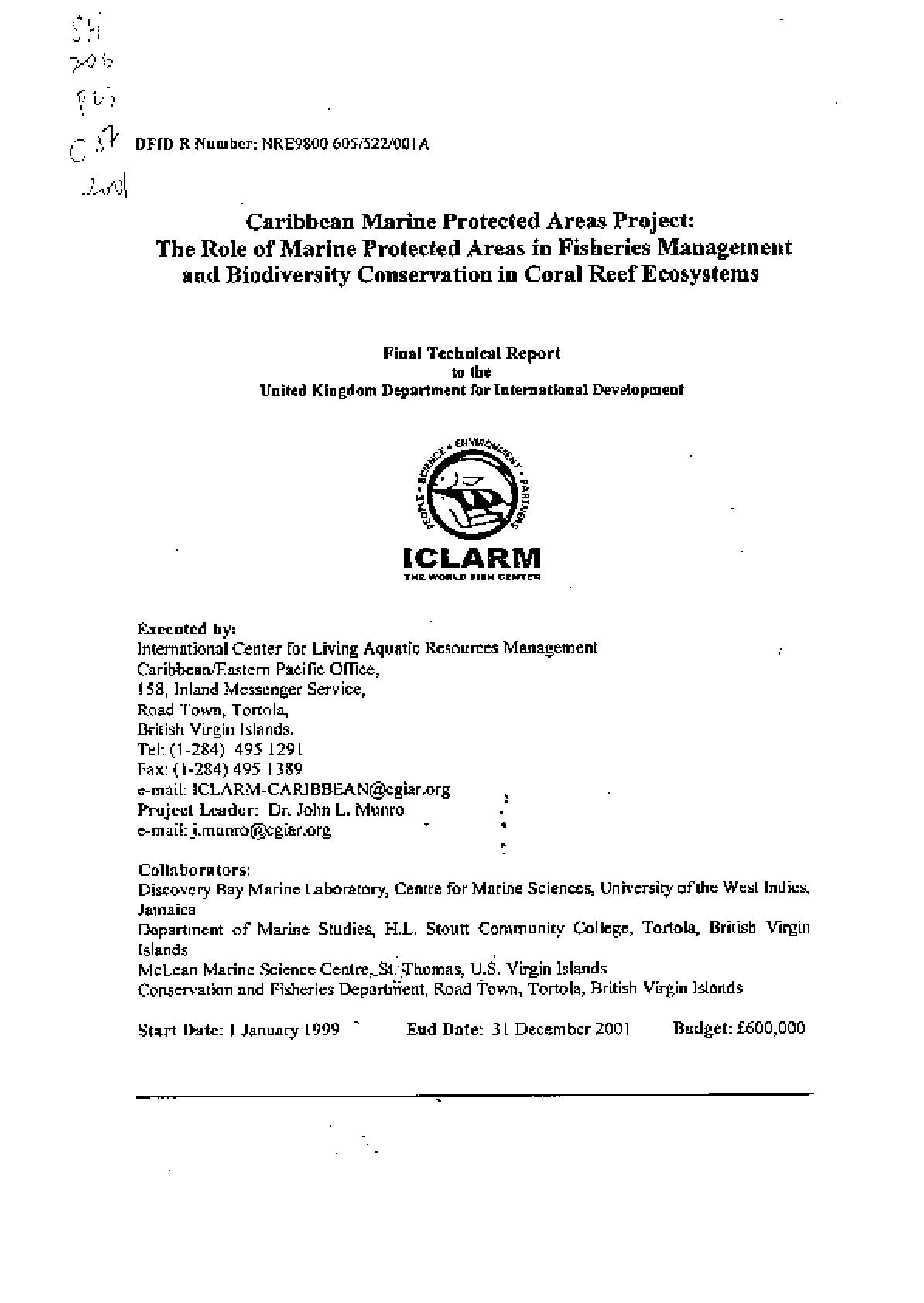