Poverty in the United States is a multifaceted problem with causes as diverse as the 46.7 million people who live in it and solvable only through a suite of solutions. Those 46.7 million people constituted 14.8 percent of the population of the United States in 2014, which both shocks the conscience for such a wealthy country and suggests a challenge of intimidating magnitude. On the other hand, while the number of people is daunting, the dollar amount involved is less so.

We estimate that those living in poverty in 2014 in the United States were $192 billion short of the poverty line. In other words, the sum total it would take to raise all poor families to the poverty line is $192 billion. That isn't a small sum, of course. But it is only 1.1 percent of our nation's $17.3 trillion of national income in 2014. Thus, while 14.8 percent of the population lives in poverty, to raise them out of poverty would require raising their income by only 1.1 percent of total national income.

That's not to say that there's a magic wand to make this happen. Proposals to address poverty have been put forward from many quarters. They all deserve consideration on their merits, but resignation to the inevitability of poverty because of the magnitude of the problem is not a reason for inaction. After all, most other economically advanced countries have lower rates of poverty than the United States. So poverty in otherwise well-off nations is not a foregone conclusion.

One additional note: of the $192 billion in income increase that's needed, $160 billion is needed in metropolitan areas, $30 billion in rural areas. 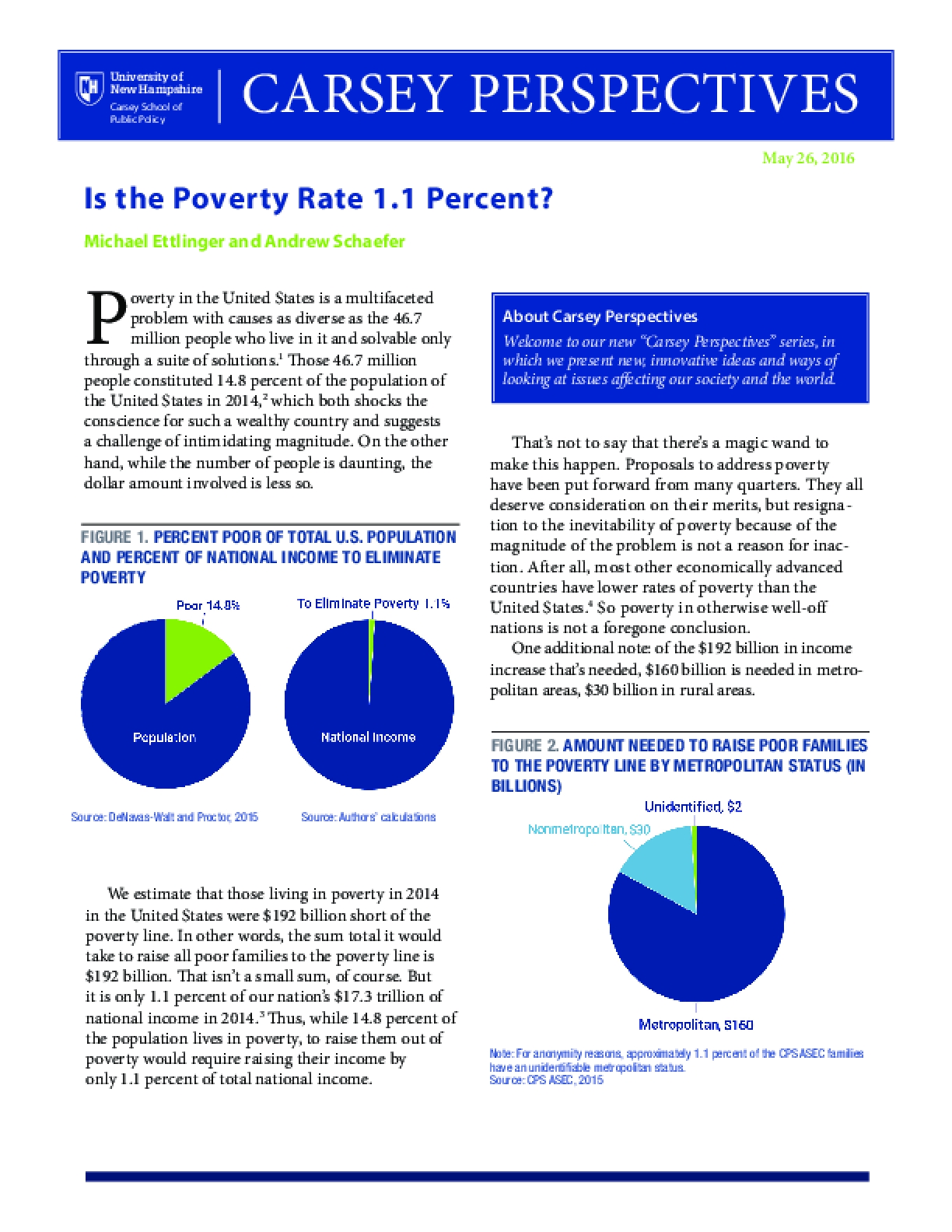