This study focuses on an instance of sustained local activism in which citizens in three New Hampshire communities mobilized to protect community groundwater against threats from commercial use. Beginning in 2001, despite strong citizen opposition, state-issued permits allowed a private company, USA Springs, to commence work on a large water-bottling operation that would have pumped over 400,000 gallons daily from Nottingham and Barrington. Activists fought back through state agencies and the courts, engaging in a lengthy campaign that involved petitioning, lobbying, community meetings, rallies, public protests, and a State Supreme Court case. Meanwhile, and absent an immediate threat to their own town's water, Barnstead residents worked proactively with a public interest law firm based in Pennsylvania to develop the nation's first local ordinance prohibiting the taking of community water by corporations. Ultimately, Nottingham and Barrington followed suit, crafting their own ordinances and joining a growing community rights movement that has taken hold in at least twelve states. After a fight that spanned more than a decade, the Nottingham and Barrington activists ultimately prevailed. The company went bankrupt, and water bottling never commenced. Although many factors—including the dedication and persistence of the activists themselves—contributed to the victory, the case suggests that local ordinances can be an effective tool for mobilizing and educating residents, encouraging deliberative dialogue around environmental and resource issues, and deterring unwanted commercial activity. 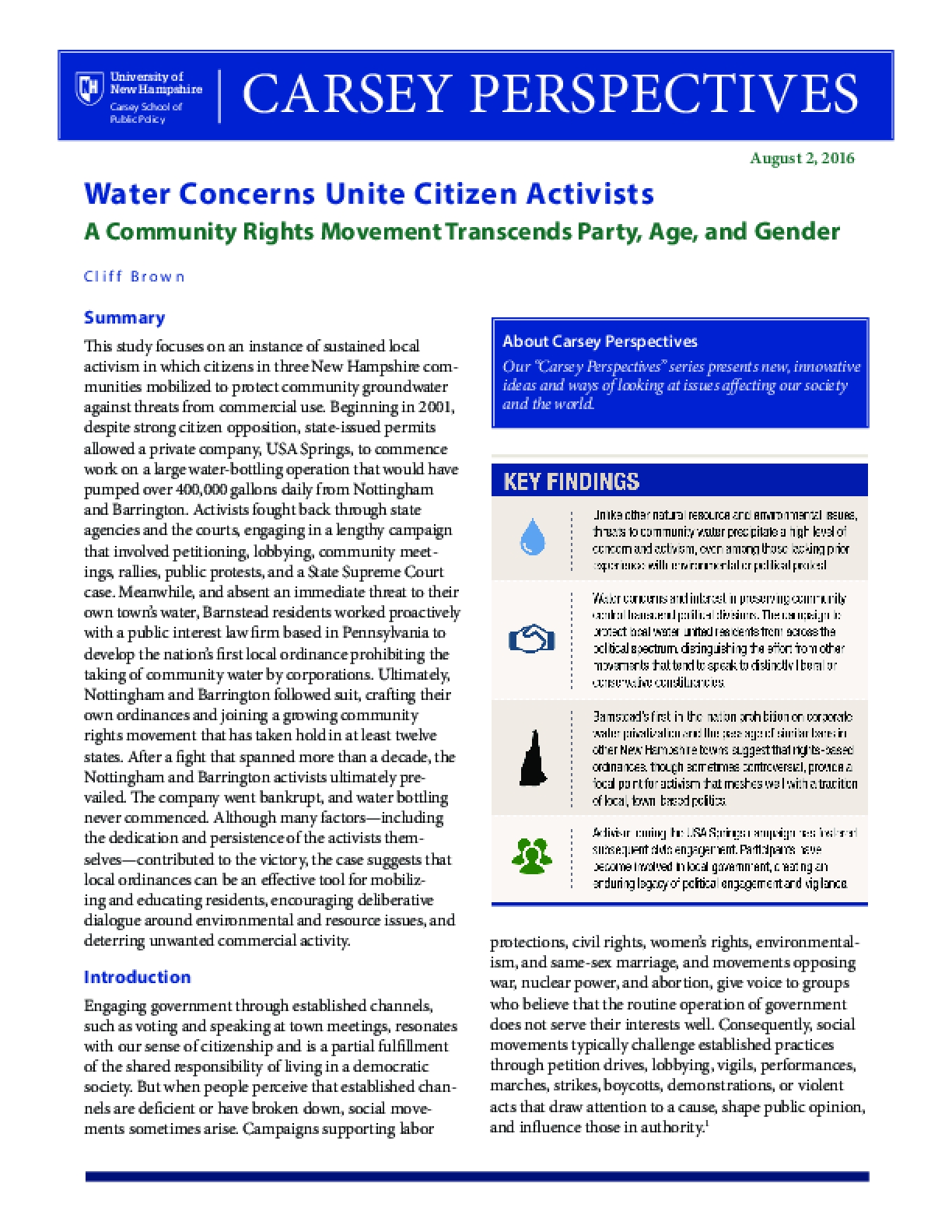