Northeast Ohio -- home to four major metropolitan areas, more than 4 million people and a $180 billion regional economy -- faced in 2004 what the Cleveland Plain Dealer dubbed a "Quiet Crisis." Employment growth in the region had lagged the rest of the nation for the prior two decades and manufacturing's share of total regional employment had fallen by half. The population was declining and poverty was on the rise, particularly in urban areas.Community and private foundations were waging an uphill battle responding to the increasing needs for social services that were straining the resources of nonprofits in the region. Philanthropic organizations were quickly coming to the realization that the only way to meaningfully address the challenges of poverty and unemployment would be through a more holistic effort to promote regional economic opportunity. In response, a set of philanthropic institutions from across Northeast Ohio launched the Fund for Our Economic Future (the "Fund") in 2004 to promote a regional approach for increasing economic prosperity and opportunity. The original 28 Fund members committed a total of $30 million over three years to begin restoring regional economic competitiveness through pooled grantmaking, research and convening. The Fund's experience produced several lessons about fostering effective collaboration that apply to business, nonprofit and government leaders partnering in any region to address systemic issues. The report provides details in each of these areas. 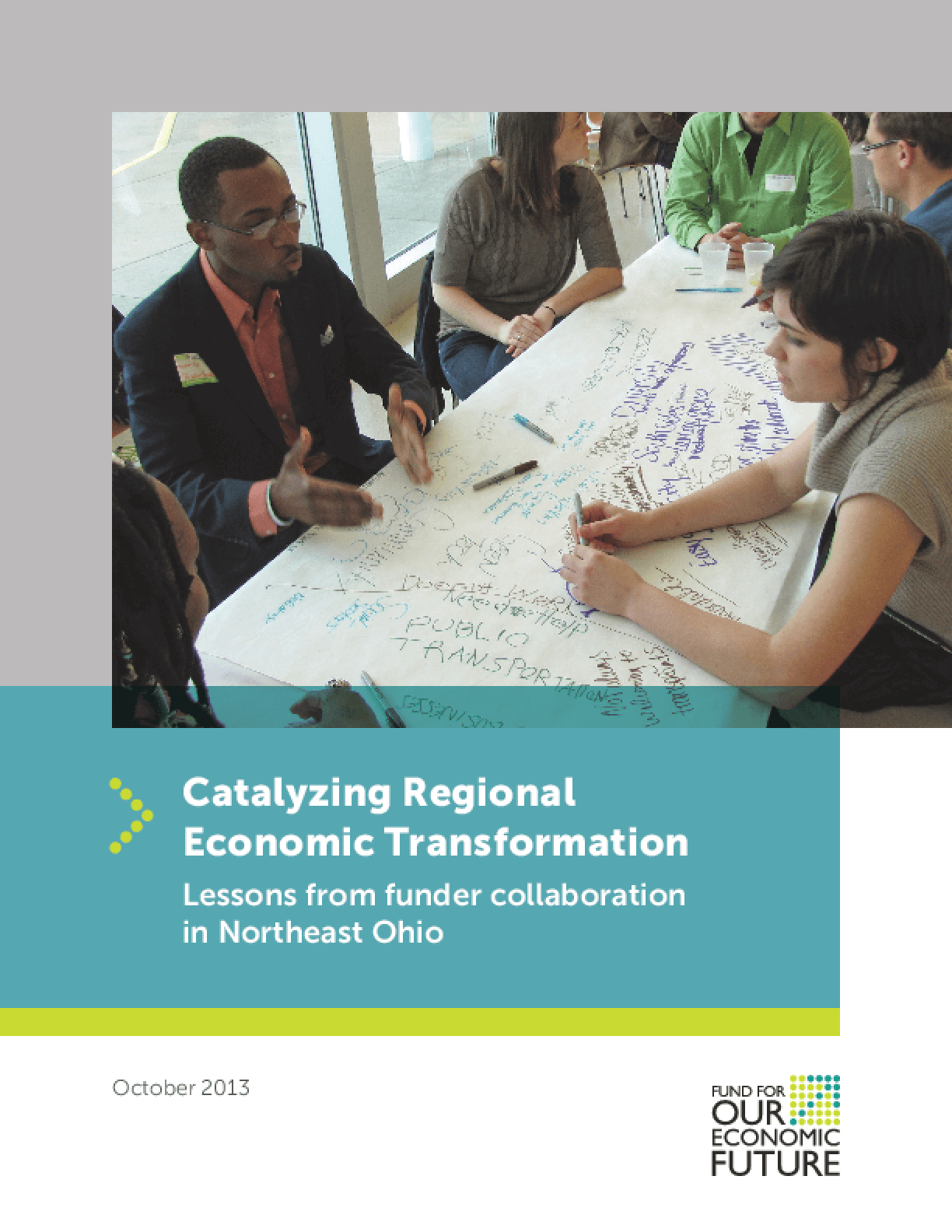