For decades, Latinos have had the highest uninsured rates of any racial or ethnic group in the United States. Less than one year after the Affordable Care Act's health insurance marketplaces opened for enrollment, the overall Latino uninsured rate dropped from 36 percent to 23 percent, according to the Commonwealth Fund Affordable Care Act Tracking Survey, conducted April 9 to June 2, 2014. However, the high uninsured rate among Latinos in states that had not expanded their Medicaid program at the time of the survey—33 percent—remained statistically unchanged. These states are home to about 20 million Latinos, the majority of whom live in Texas and Florida. 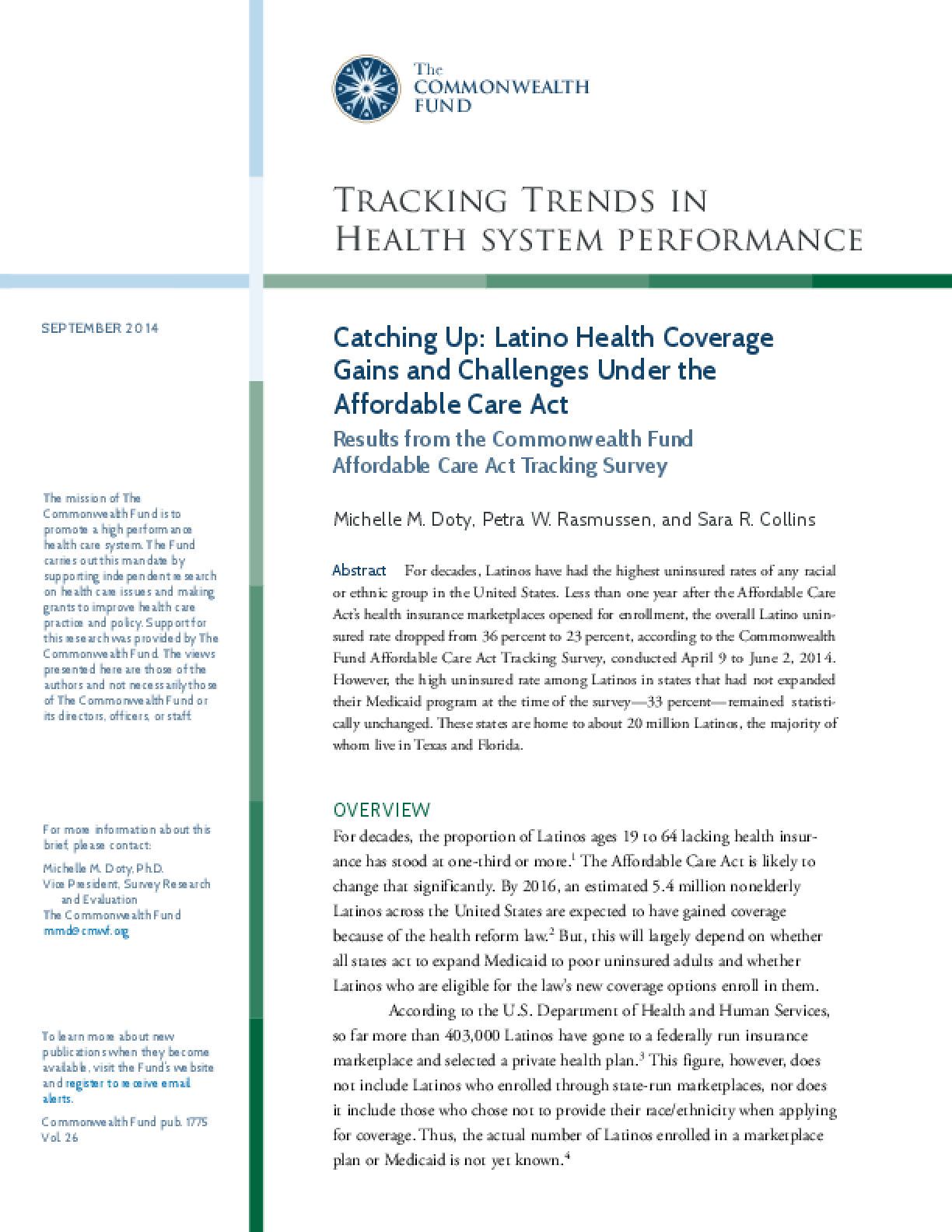