Catching Up: The Labor Market Outcomes of New Immigrants in Sweden

The considerable diversity among Sweden's immigrants reflects a humanitarian migration policy. Refugees have arrived in the country since the 1970s and 1980s, with their countries of origin shifting according to the ethnic and political conflicts of any given period. Sweden is also a longstanding magnet for labor migration from surrounding Scandinavia, and has attracted mobile EU citizens since its entry into the European Union in 1995 -- and especially following the EU enlargements of 2004 and 2007. Sweden's immigration flows continue to change today, as policy reforms in 2008 allowed employers to bring non-EU labor migrants to the country for the first time in decades. This report assesses how new immigrants to Sweden fare in the country's labor market. The report is part of a series of six case studies on labor market outcomes among immigrants to European Union countries.The report shows that employment rates during newcomers' initial years in Sweden are relatively depressed for low-educated refugees and migrants who come based on family ties, in comparison to natives and labor migrants from EU countries. Since Sweden's refugees and family arrivals are not selected through employment-related criteria, they are likely to lack locally in-demand skills and are often out of work in the years immediately after arrival. The obstacles these groups face can be exacerbated by certain features of Sweden's labor market, such as high minimum wages, a relatively small pool of low-skilled jobs, and stringent employment protection for permanent work. Non-EU labor migrants are also more concentrated in low-skilled jobs and have lower average annual earnings than both EU migrants and natives. Over time, however, all newcomers to Sweden have on the whole improved their employment rates, displayed income growth similar to natives, and moved into middle-skilled positions. 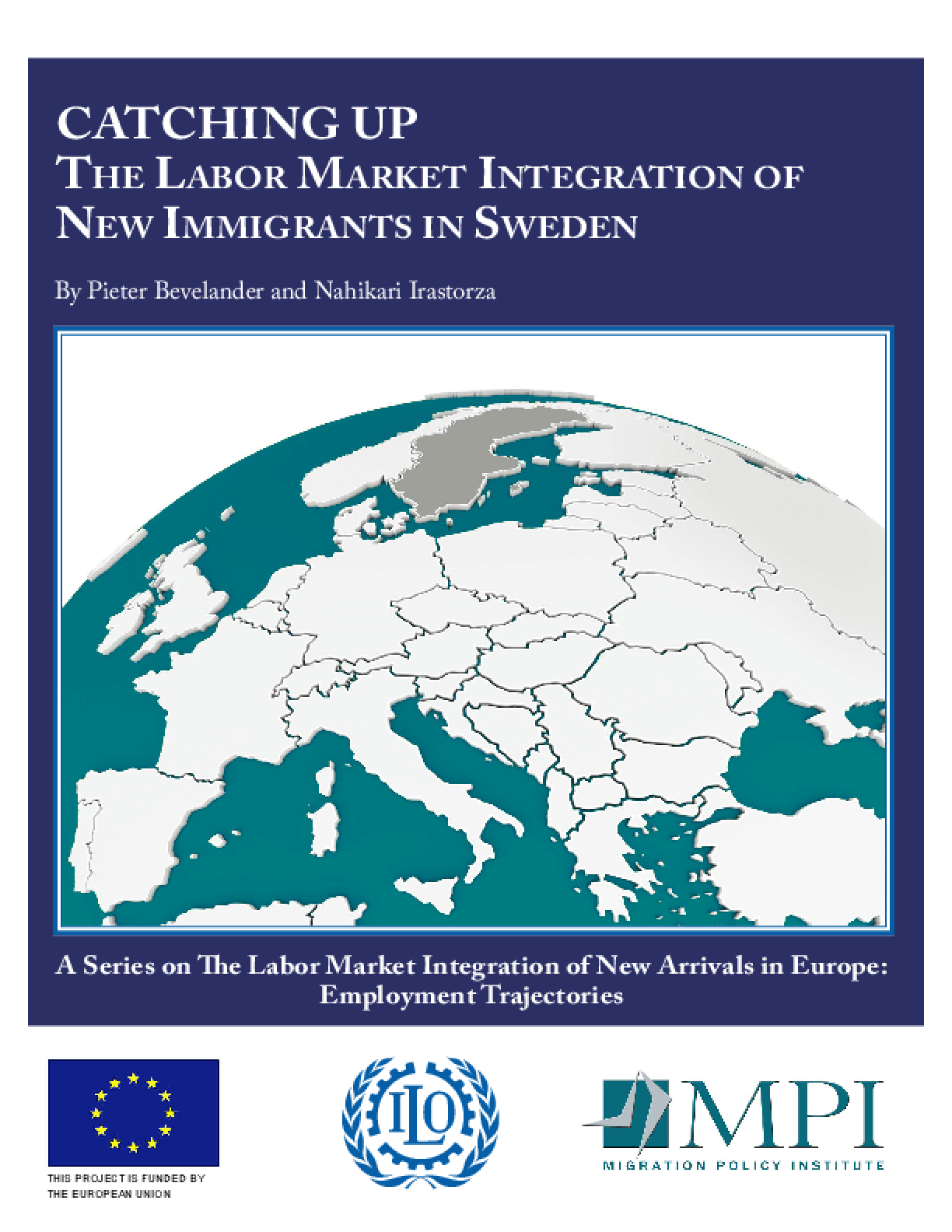