Caught in the Seamless Web: Does the Internet's Global Reach Justify Less Freedom of Speech?

A federal appellate court will decide this year whether French anti-discrimination law can restrict freedom of speech on U.S.-based websites that are accessible in France. A Paris court ruled in 2000 that the Yahoo! website violated French law because its users offered for sale certain Nazi artifacts. However, to force compliance with the order, French plaintiffs must seek enforcement from a U.S. court. In response, Yahoo! sought a declaratory ruling and a federal district court held that enforcing the French order would violate the First Amendment. The matter is now on appeal. The Yahoo! case presents the question of whether the Internet should be governed by myriad local censorship laws from around the world. U.S. courts have held uniformly that the Internet should receive the highest degree of First Amendment protection. They have been influenced profoundly by the medium's global reach and have invalidated most restrictions so as not to interrupt the "never-ending worldwide conversation" that the Internet makes possible. A contrary result in the Yahoo! case would embrace a very different philosophy -- that Internet speakers must "show their papers" at each nation's borders to ensure that their speech is acceptable to local authorities. Other nations may treat their citizens as fragile children if they wish, or worse, as enemies of the state. But U.S. courts should not permit the seeds of foreign censorship to be planted on U.S. soil by finding that such restrictions are enforceable here. 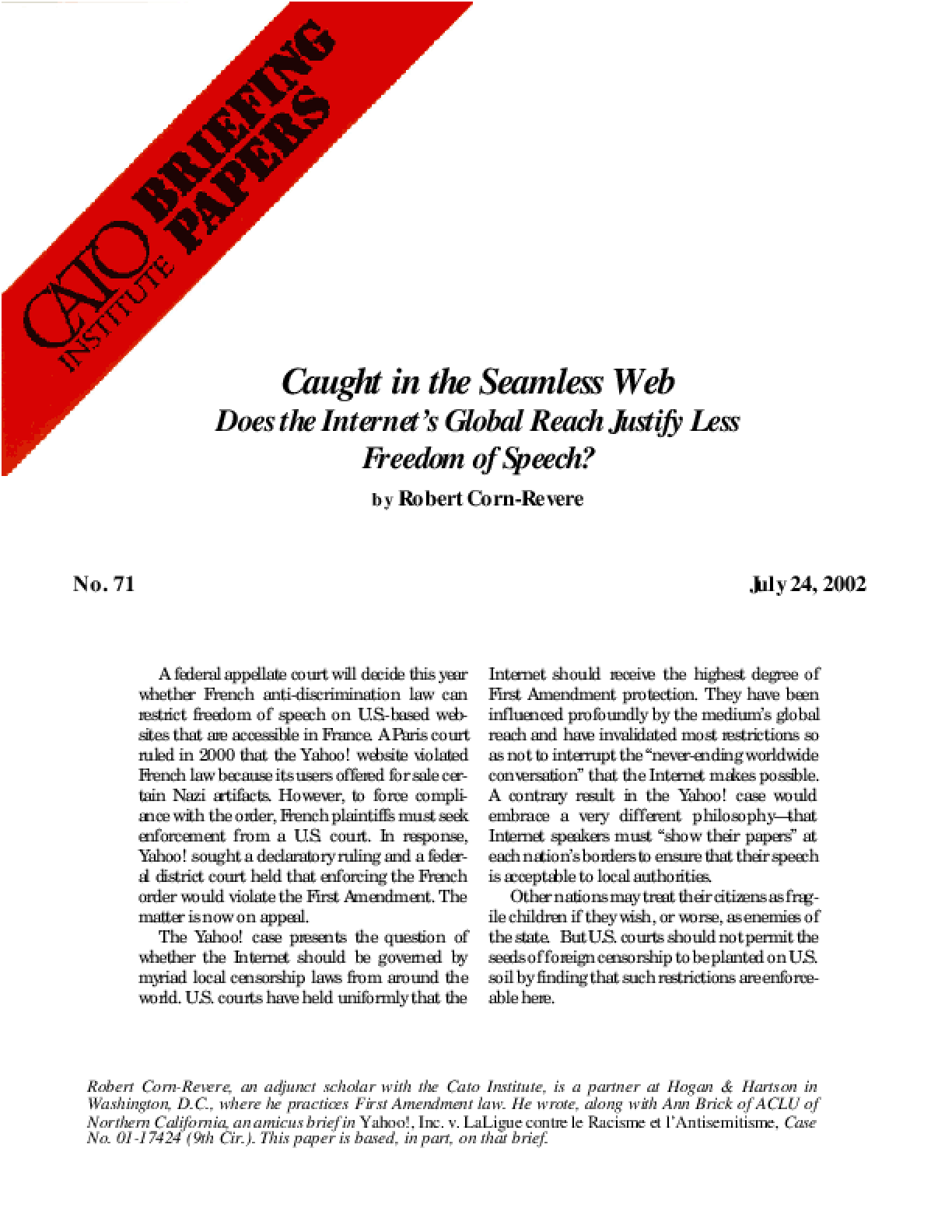