District of Columbia mayor Anthony Williams has convinced Major League Baseball to move the Montreal Expos to D.C. in exchange for the city's building a new ballpark. Williams has claimed that the new stadium will create thousands of jobs and spur economic development in a depressed area of the city. Williams also claims that this can be accomplished without tax dollars from D.C. residents. Yet the proposed plan to pay for the stadium relies on some kind of tax increase that will likely be felt by D.C. residents. Our conclusion, and that of nearly all academic economists studying this issue, is that professional sports generally have little, if any, positive effect on a city's economy. The net economic impact of professional sports in Washington, D.C., and the 36 other cities that hosted professional sports teams over nearly 30 years, was a reduction in real per capita income over the entire metropolitan area. A baseball team in D.C. might produce intangible benefits. Rooting for the team might provide satisfaction to many local baseball fans. That is hardly a reason for the city government to subsidize the team. D.C. policymakers should not be mesmerized by faulty impact studies that claim that a baseball team and a new stadium can be an engine of economic growth. 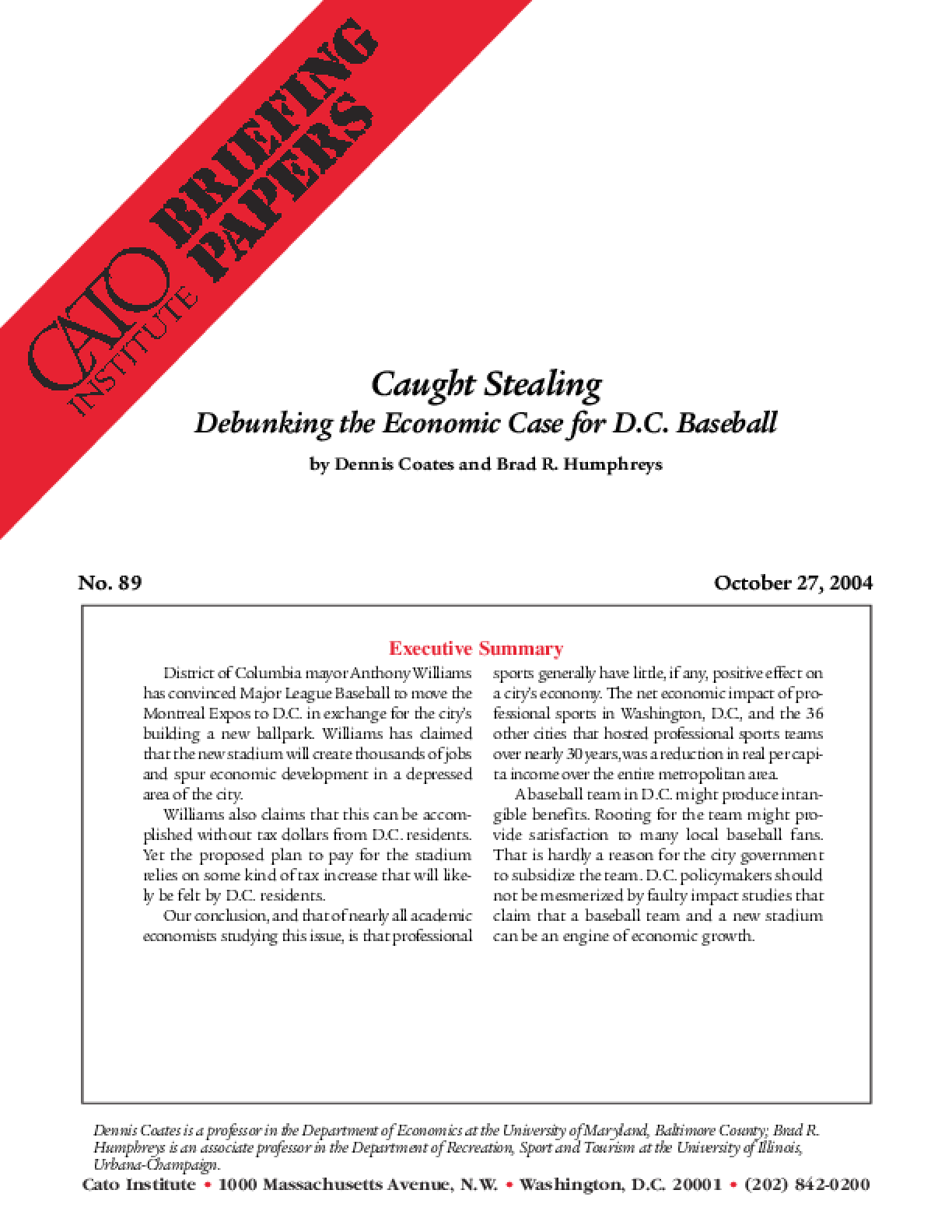