Cause for Optimism? Child Poverty Declines for the First Time Since Before the Great Recession 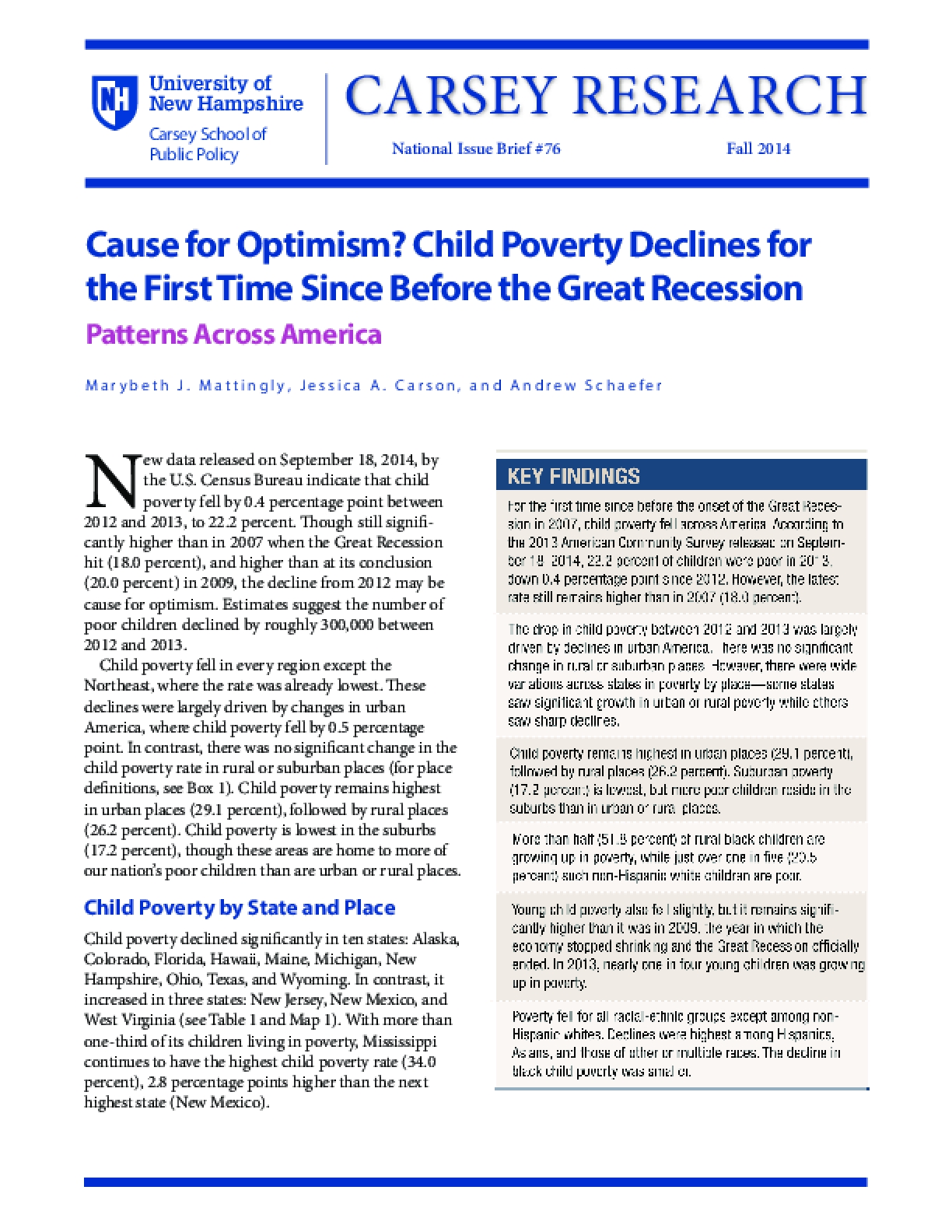