Over the past 25 years significant structural changes have occurred in the United States that have influenced poverty, making current-day poverty different in some ways from poverty just a few decades ago. These structural changes include transformations in our economic structure such as the shift from manufacturing employment to service-sector employment; the deinstitutionalization of people with mental illnesses into community settings; welfare reform, which resulted in a an emphasis on work over welfare; changes in immigration patterns; and skyrocketing rates of incarceration. Given these considerable changes, the vast majority of the literature referenced in this summary is from the mid-1990s through 2007 to capture what has been learned about poverty within this new context. Studies prior to this time period are referenced when they are the most recent available and/or are landmark studies that are still applicable to the issue being addressed. The majority of the literature referenced here on each specific poverty-related issue is primary research that used rigorous econometric or statistical methods and robust nationally representative data sets. Included are studies and findings that surface throughout high quality literature reviews on the specified issues. Most have been published in journals or at poverty institutes affiliated with universities. The assessment of the methods of analysis used in the referenced research was rooted in peer reviews, frequency of citations, and perceived quality; for the purposes of this summary the methods were not re-analyzed or tested. Though there is a large body of international research on issues related to poverty, the research addressed here is almost exclusively focused on findings within the context of the United States. What follows is an analysis of these characteristic causes of poverty as well as research on issues that impact income, earnings, and poverty, some of which can be considered proximate determinants of poverty. These issues include characteristics and life experiences that put people at risk of not working or not working enough to prevent entry into poverty, such as race and gender of head of household, strength of the economy, quality of wages, human capital (education) of working age adults, health or disability status of household members, having a criminal record, being an immigrant, having experienced domestic violence, and neighborhood conditions. Certain events are more influential for various subgroups within the at-risk-of poverty population than they are for others. 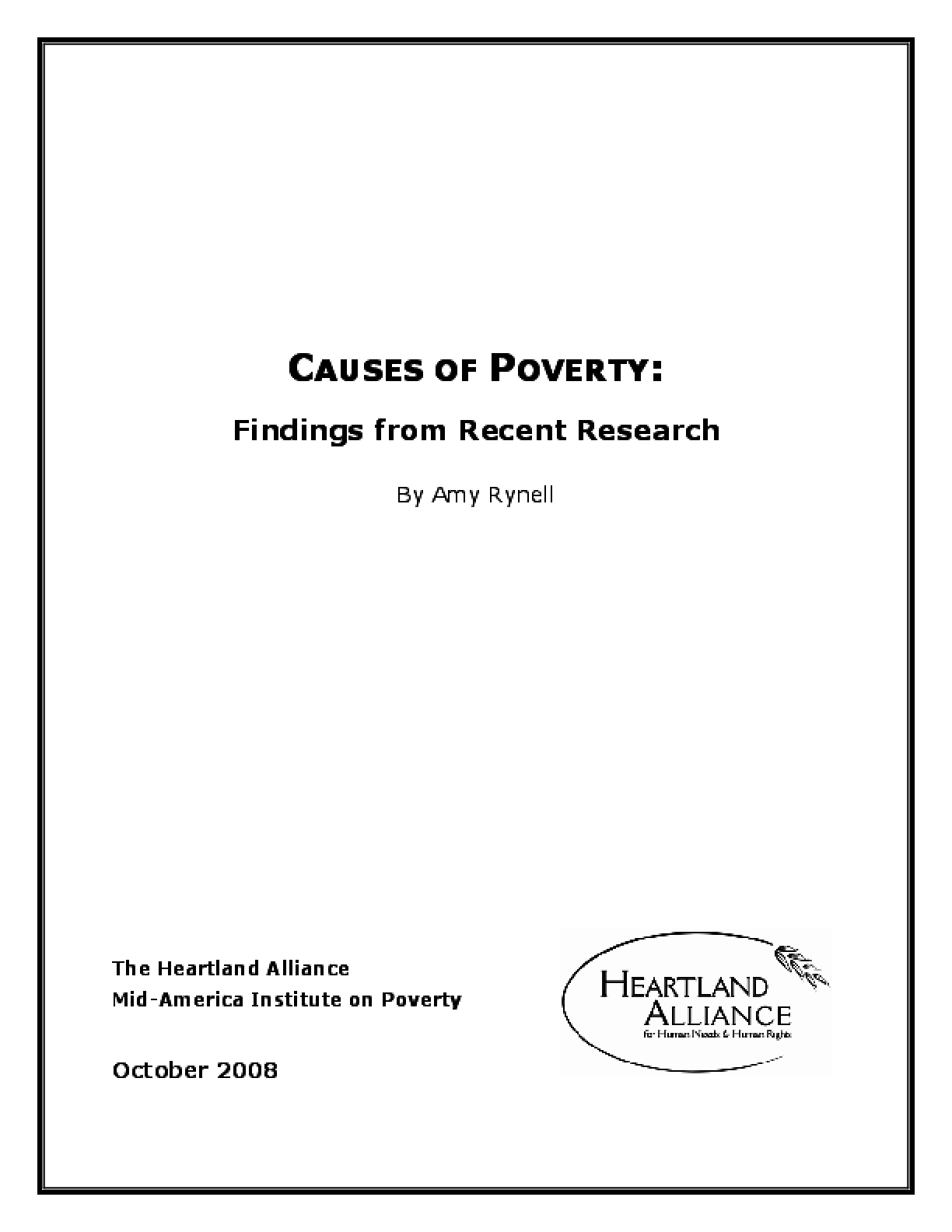