by NYC Civilian Complaint Review Board

The Civilian Complaint Review Board (CCRB) is an independent agency of the City of New York. The Board investigates, mediates, and prosecutes complaints of misconduct that members of the public file against police officers of the New York City Police Department (NYPD). The CCRB was established in its all-civilian form, independent from the Police Department, in 1993. The Board consists of 13 members. The City Council designates five Board members (one from each borough); the Police Commissioner designates three; and the Mayor designates five, including the Chair. All appointments are made by the Mayor, who also has the authority to select the Chair of the Board. Under the New York City Charter, the Board must reflect the diversity of the City's residents and all members must live in New York City. No member of the Board may have a law enforcement background, except those designated by the Police Commissioner, who must have had a law enforcement vocation. No Board member may be a public employee or serve in public office. Board members serve three-year terms, which can be and often are renewed. They receive compensation on a per-session basis, although some Board members may choose to serve pro bono. Board members review and make findings on all misconduct complaints once they have been investigated by an all-civilian staff. From 1993 to 2013, when the Board found that an officer committed misconduct, the case was referred to the Police Commissioner with a discipline recommendation. Under a Memorandum of Understanding (MOU) between the CCRB and the NYPD (effective April 11, 2013), all substantiated cases in which the Board recommends that charges and specifications be brought against an officer are prosecuted by a team of CCRB attorneys in the Agency's Administrative Prosecution Unit. Substantiated cases in which the Board recommends some discipline other than charges and specifications (e.g. instructions) are still referred to the Police Commissioner in the same manner as prior to 2013. 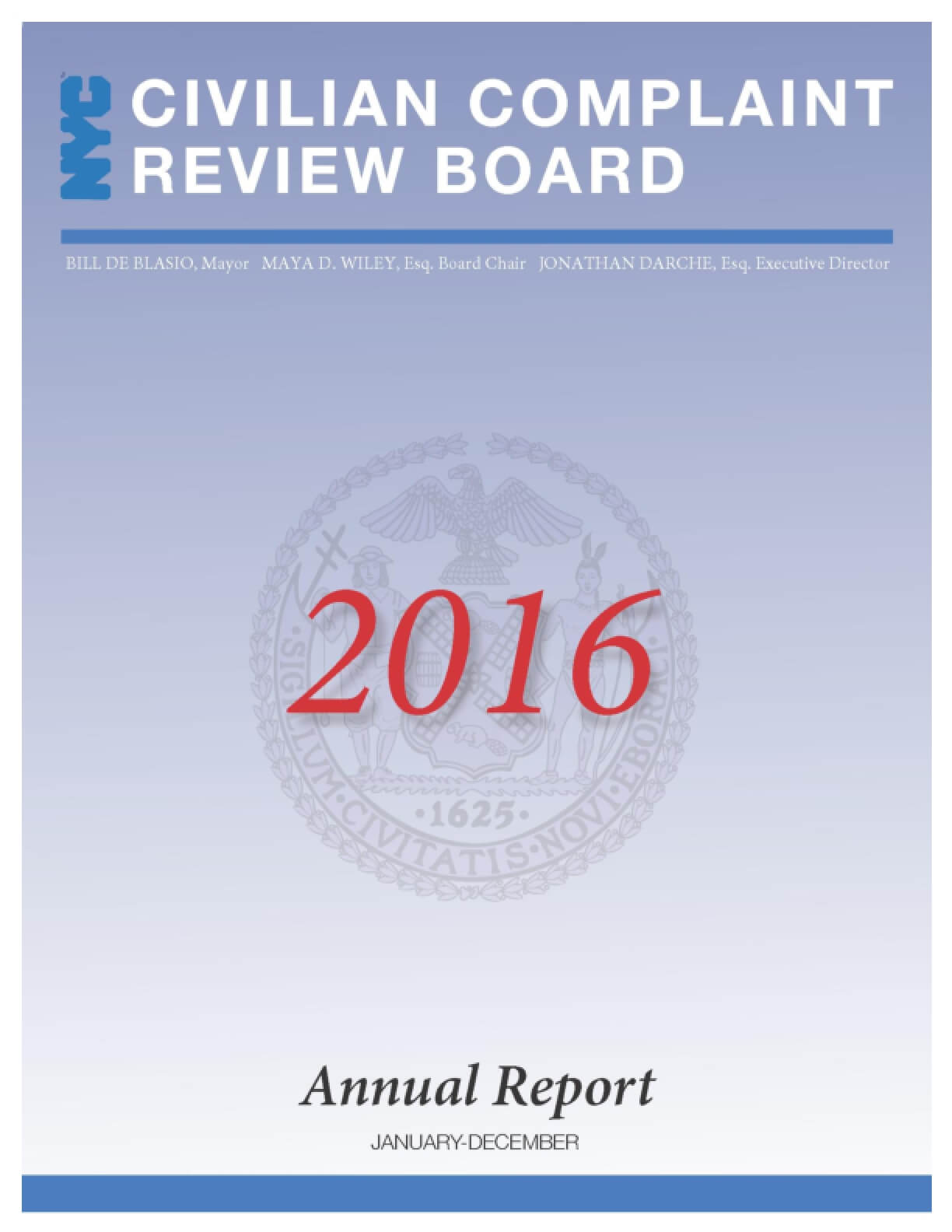