CDFIs and Online Business Lending: A Review of Recent Progress, Challenges, and Opportunities

Small business lending by banks declined severely during the recession and has not recovered. From 2007 to 2012, small business bank loans plummeted from 13.4 million loans to 5 million loans. During that same time, the percentage of small businesses being awarded loans dropped from 62 percent to 16 percent. Even as of 2014, the Wall Street Journal reported that, among the ten largest banks issuing small business loans, volume was down 38 percent from the 2006 peak ($44.7 billion versus $72.5 billion). The Federal Reserve 2015 Small Business Credit Survey  found that the financing success rate for small businesses improved between Q3 2014 and Q3 2015, but also found that half of firms that had applied for financing reported a financing shortfall, meaning they were not able to raise all of the capital they needed. 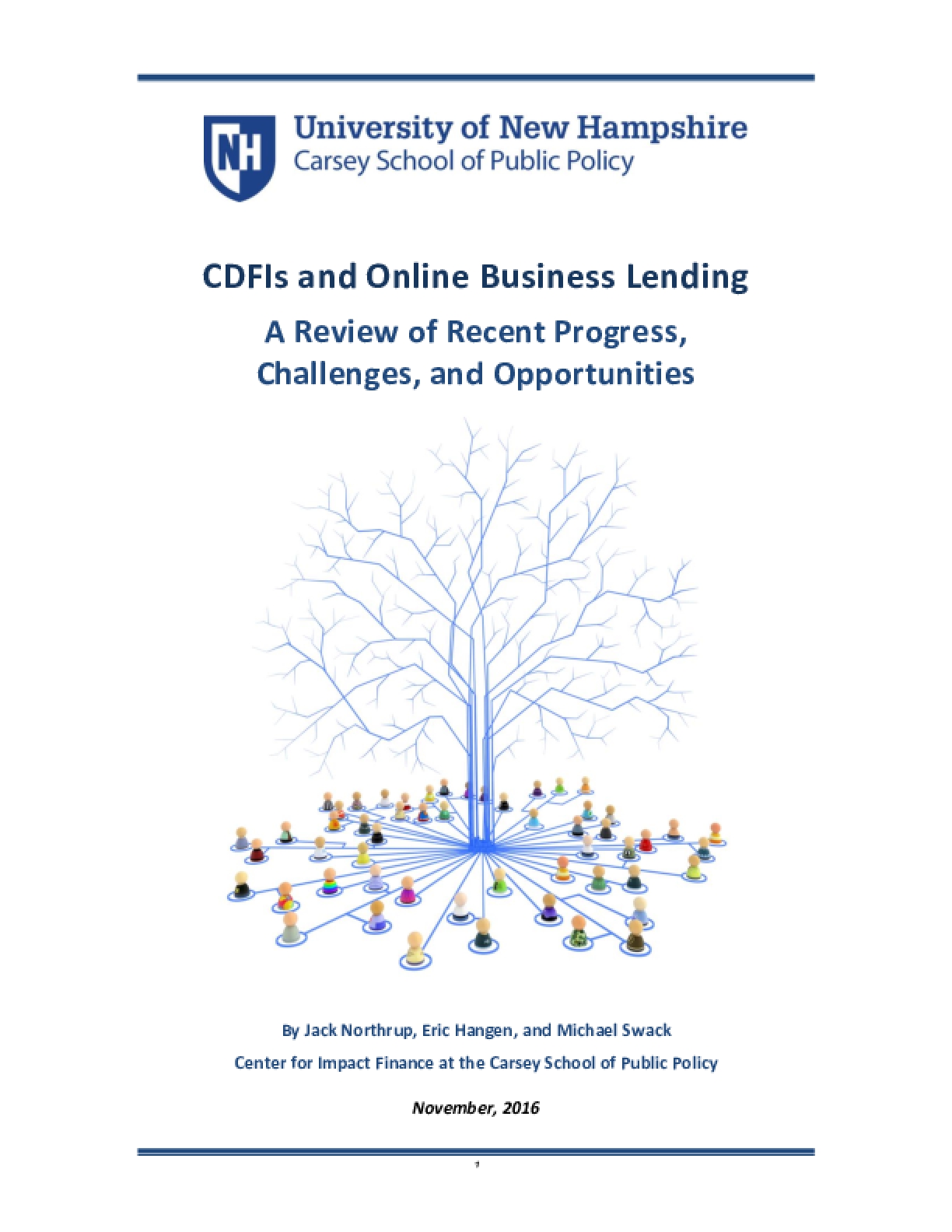