The most recent escalation of violence in Gaza and southern Israel has come at terrible human cost. More than 1,500 civilians in Gaza, and six in Israel, have been killed. Over 100,000 Palestinians have been left homeless and vital civilian infrastructure worth billions of dollars has been destroyed in Gaza. The recent ceasefire announcement is certainly a welcome one, but is only the first step on a long road toward lasting peace.

Unless long-term solutions are found to ensure economic growth and sustainable development in Gaza, frequent military escalations will only continue, increasing insecurity for Israelis and Palestinians alike. The Israeli government's implementation of a policy of separation - politically and physically isolating Gaza from the West Bank - has resulted in the fragmentation of the Occupied Palestinian Territory (OPT) and is a major obstacle to the chances of lasting peace.

The conflict between Palestinians and Israelis requires a long-term political solution that begins with a lasting ceasefire, continues with the end of the blockade of Gaza, and ends with a negotiated peace based on international law. 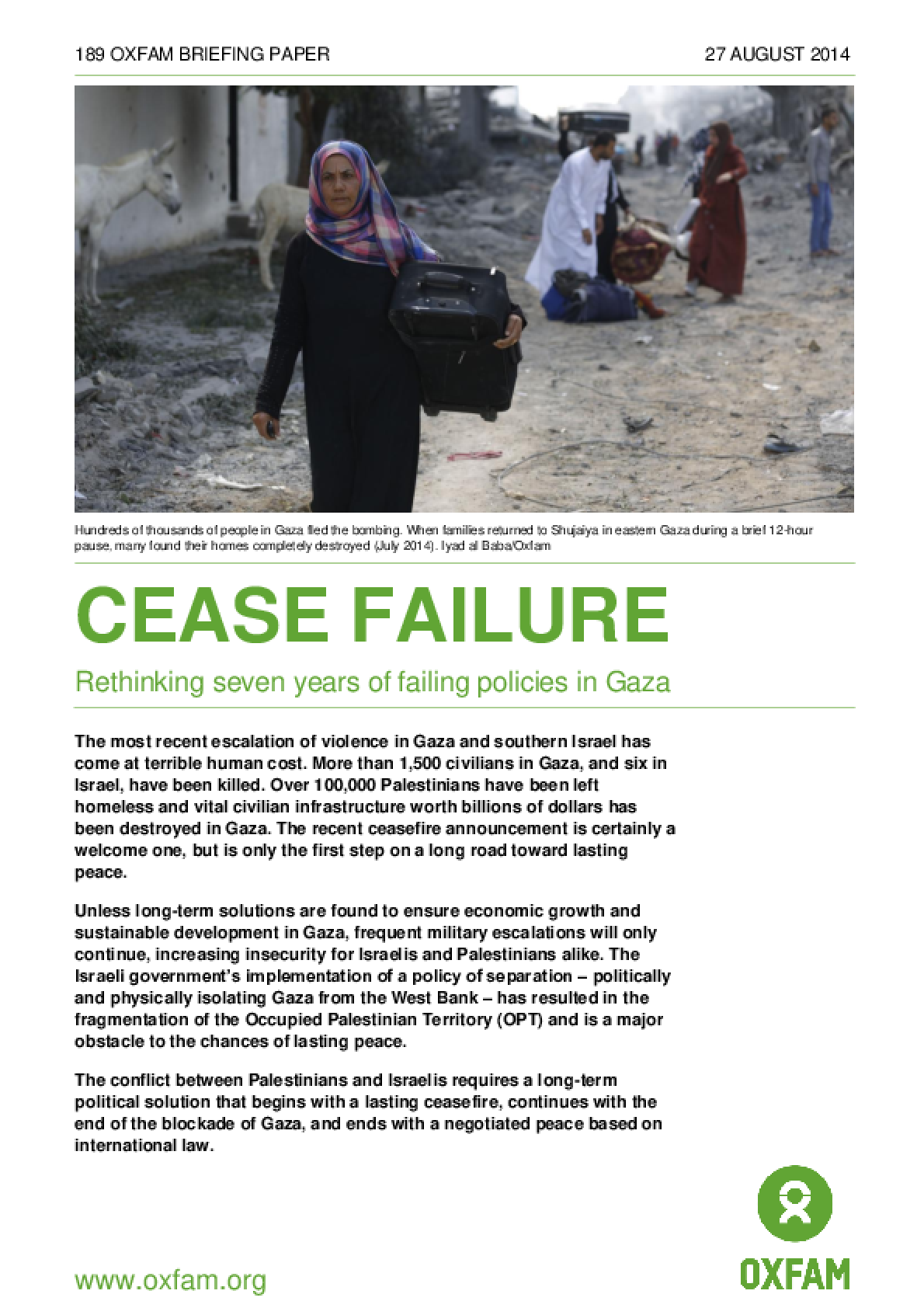