In October 2000, Congress passed the "American Competitiveness in the Twenty-First Century Act of 2000" (AC21). Responding to tight labor markets and burgeoning demand for highly skilled workers, particularly in the information technology sector (IT), large bipartisan majorities voted to increase the annual ceiling on temporary "specialty worker" (H-1B) visas. AC21 raises the number of H-1B visas from 115,000 to 195,000 for each of the next three fiscal years. This was the second large increase since 1998, when the limit was only 65,000. (See Figure 1.) The ceiling reverts to 65,000 in 2004. The recent strong demand for temporary workers reflects not only a booming IT industry, but also a failing permanent visa system. Temporary H-1B visas are generally approved in two to four months, while the wait for permanent employment visas now averages four and one half years. Although many employers would prefer to hire permanent workers, they cannot operate with such delays. They therefore have turned to the temporary visa system to fill permanent positions and meet their growing demand for skilled labor. 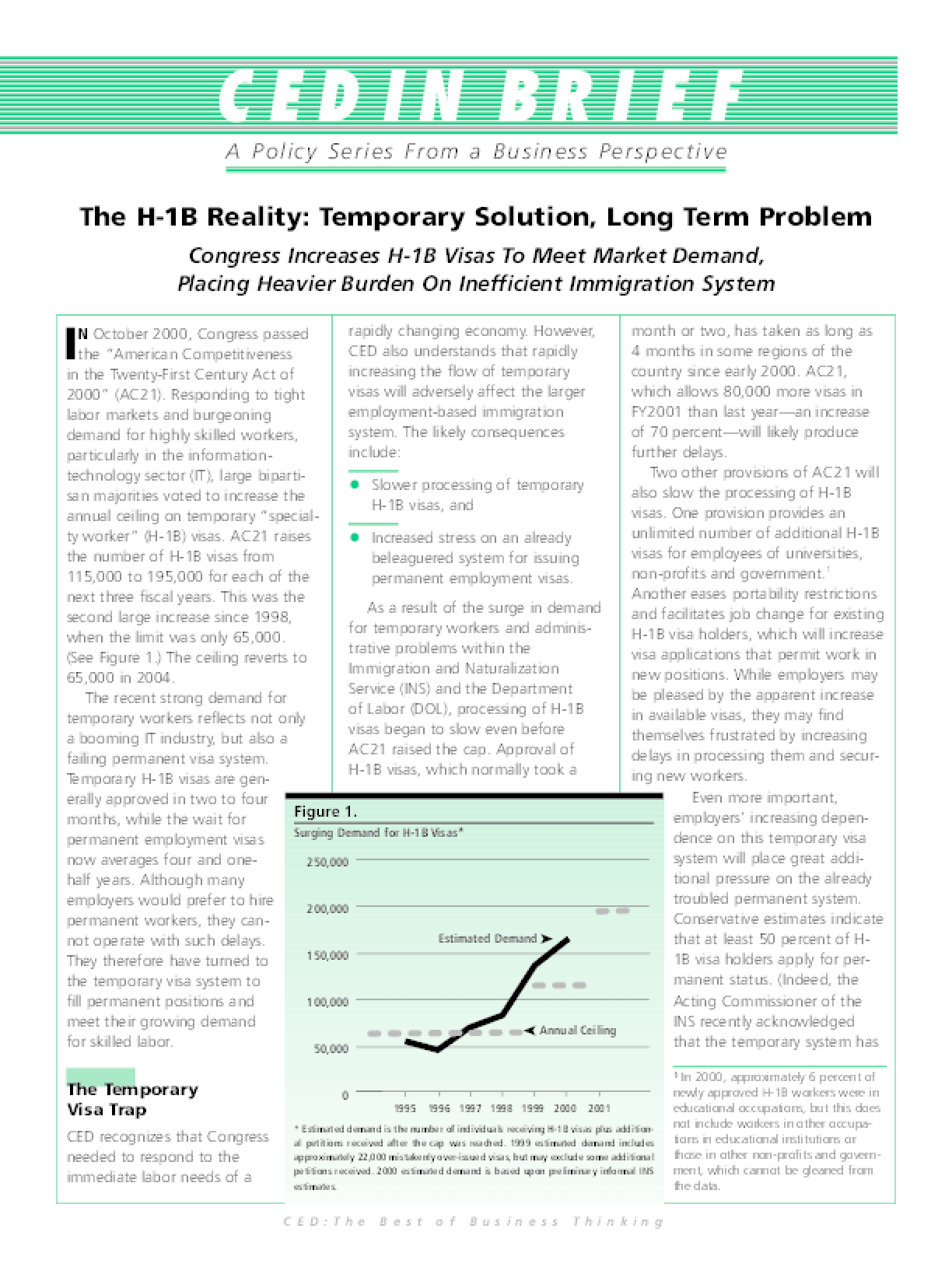