CED Update on Money & Politics: Party Fundraising in the 2006 Election

Just ahead of the 2006 mid-term elections, CED issued a Update on Money & Politics that addresses party fundraising in the 2006 election. Prepared by prominent campaign finance expert Anthony Corrado of Colby College, the brief makes a compelling case that the political parties have remained financially viable by courting small donors. The parties have not been crippled by the "soft money" ban imposed by the Bipartisan Campaign Reform Act of 2002 (BCRA), as many critics of BCRA suggested would happen. 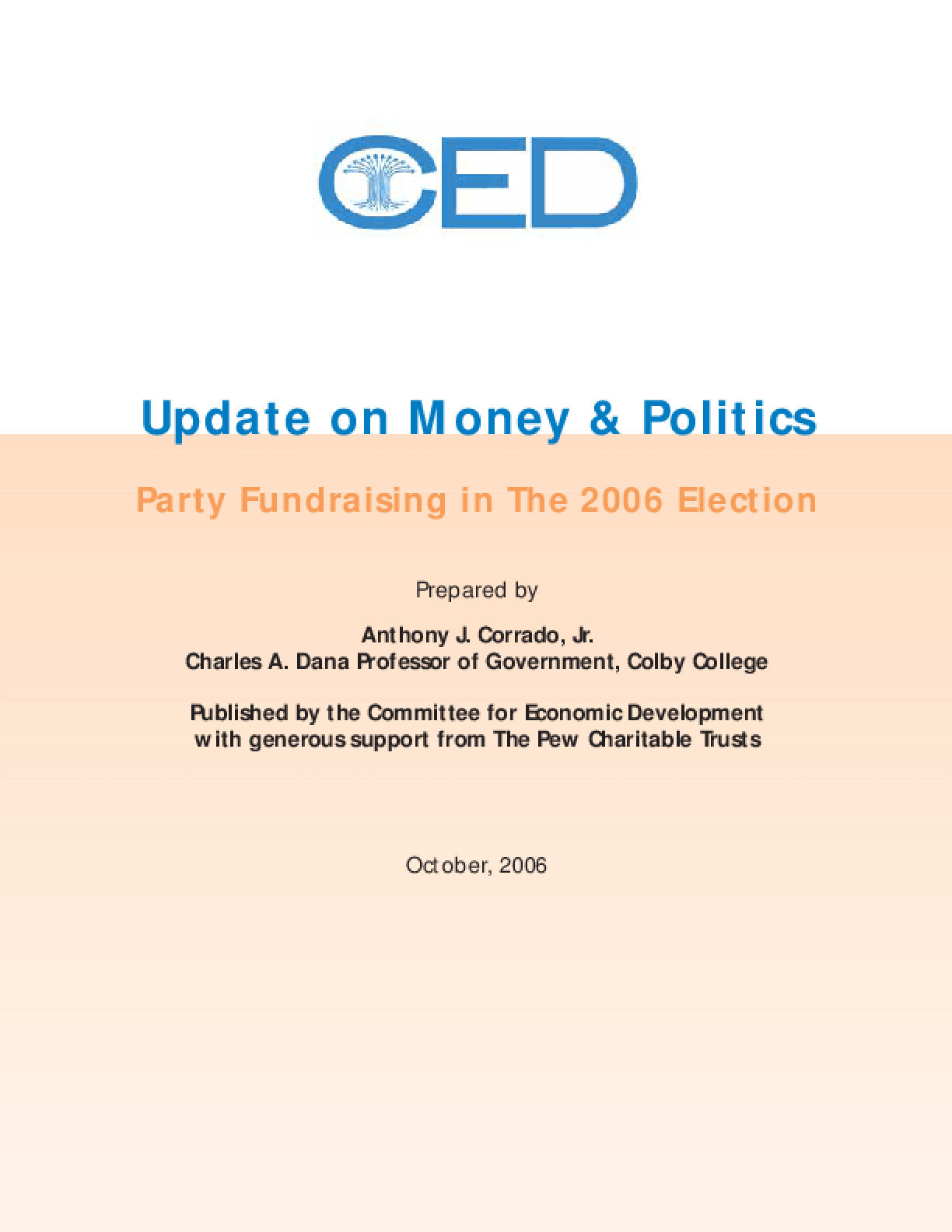