This report analyzes data for Ohio, in particular from the 1810, 1860, 1910, 1960, and 2000 censuses and the 2008 American Community Survey. In 1810, Ohio had 230,760 people, with 55% under age 16 and over 99% who were white. "Spirits distilled" was the top manufacturing category in product value. The last 200 years have seen Ohio transition from rural to urban to suburban development patterns and from agriculture to manufacturing to services economies. Ohio has grown more populous and older, with 11.5 million residents in 2008 who had a median age of 38.2 years. The state is more diverse than ever, with African Americans at 12% of the population and fast-growing Hispanic and Asian populations that each nearly doubled from 1990 to 2008. 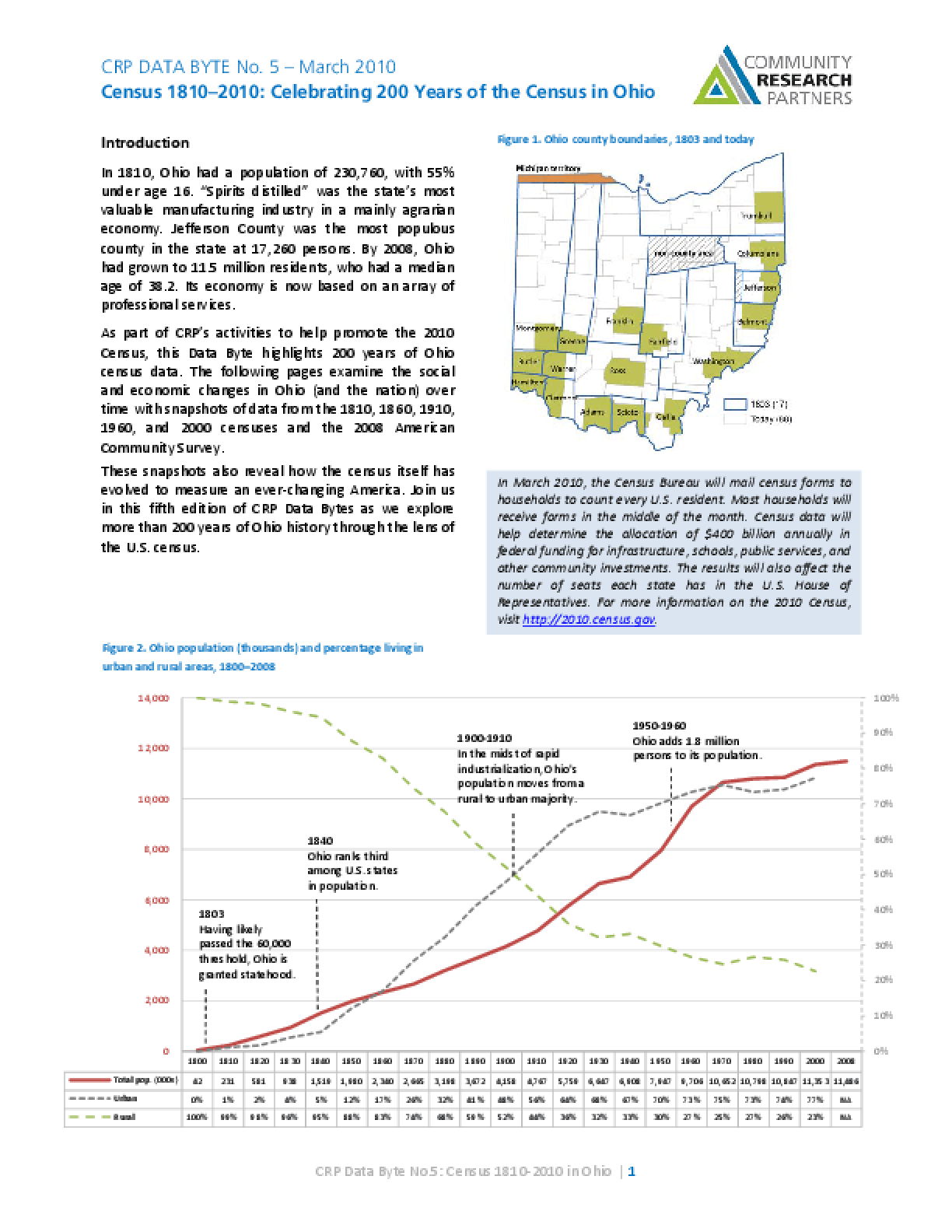