This report provides demographic and economic information for the almost 861,000 LGB individuals and 109,000 same-sex couples living in California. We use the 2005/2006 American Community Survey (ACS), conducted by the U.S. Census Bureau, to compare characteristics of same-sex couples to their different-sex married counterparts. We use data from the 2003 and 2005 California Health Interview Survey to consider demographic traits of the full lesbian, gay, and bisexual population in the state. The study shows nearly 25% of same-sex couples in California are raising more than 52,000 children. The study also shows that same-sex couples raising children have fewer economic resources than their heterosexual, married counterparts. 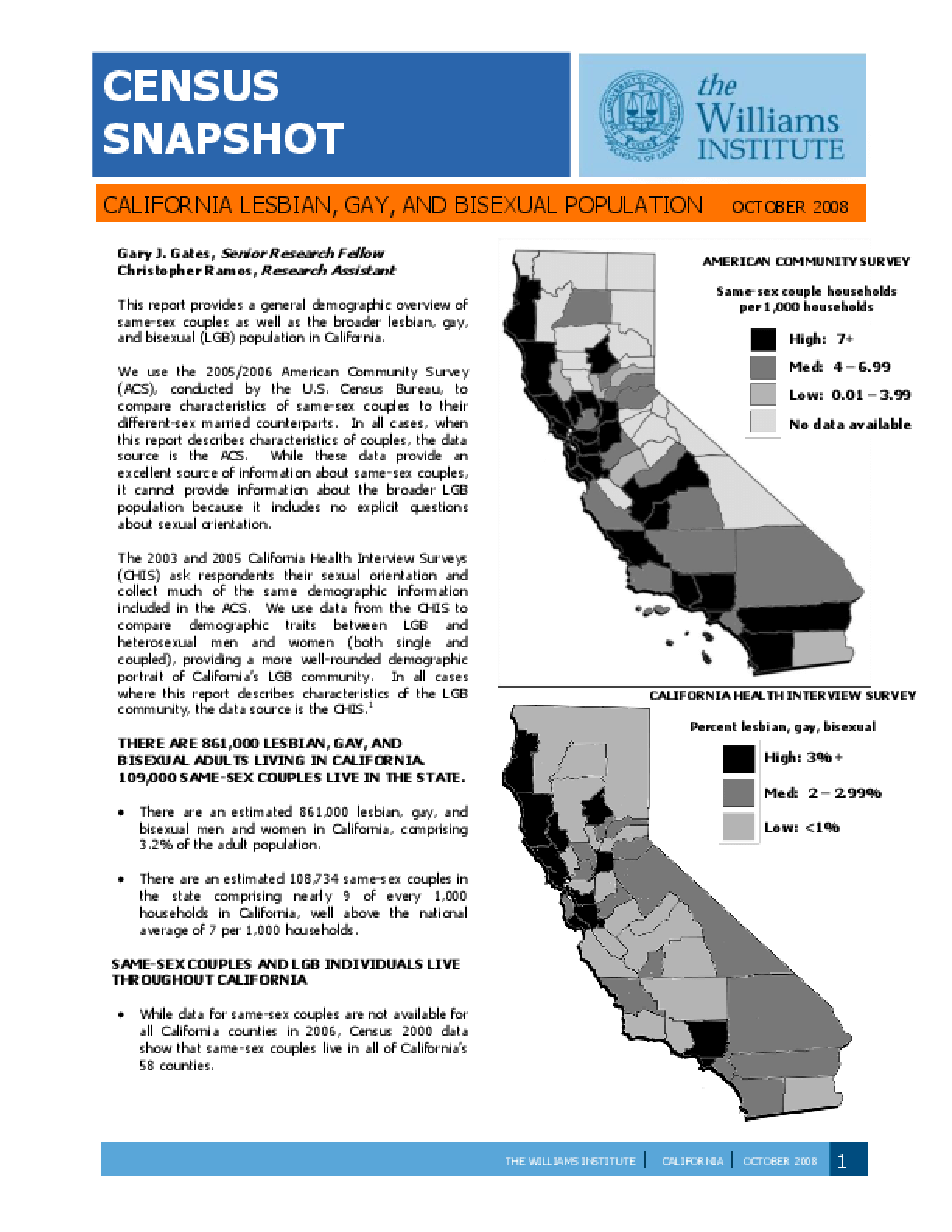