This report provides a general overview of Asian and Pacific Islanders (API) in same-sex couples as well as the broader API lesbian, gay, and bisexual (LGB) population in California. Key findings include more than 66,000 Asians and Pacific Islanders in California identify as lesbian, gay or bisexual and more than 14,500 APIs are part of a same-sex couple; over 34% of APIs in same-sex couples in California are of Filipino descent; nearly a third (31%) of API women and 21% of API men within same-sex couples are raising children; API same-sex parents have fewer financial resources to support their children than those in married couples, with an average household income of $96,290 compared to $109,091 for APIs in different-sex married couples. 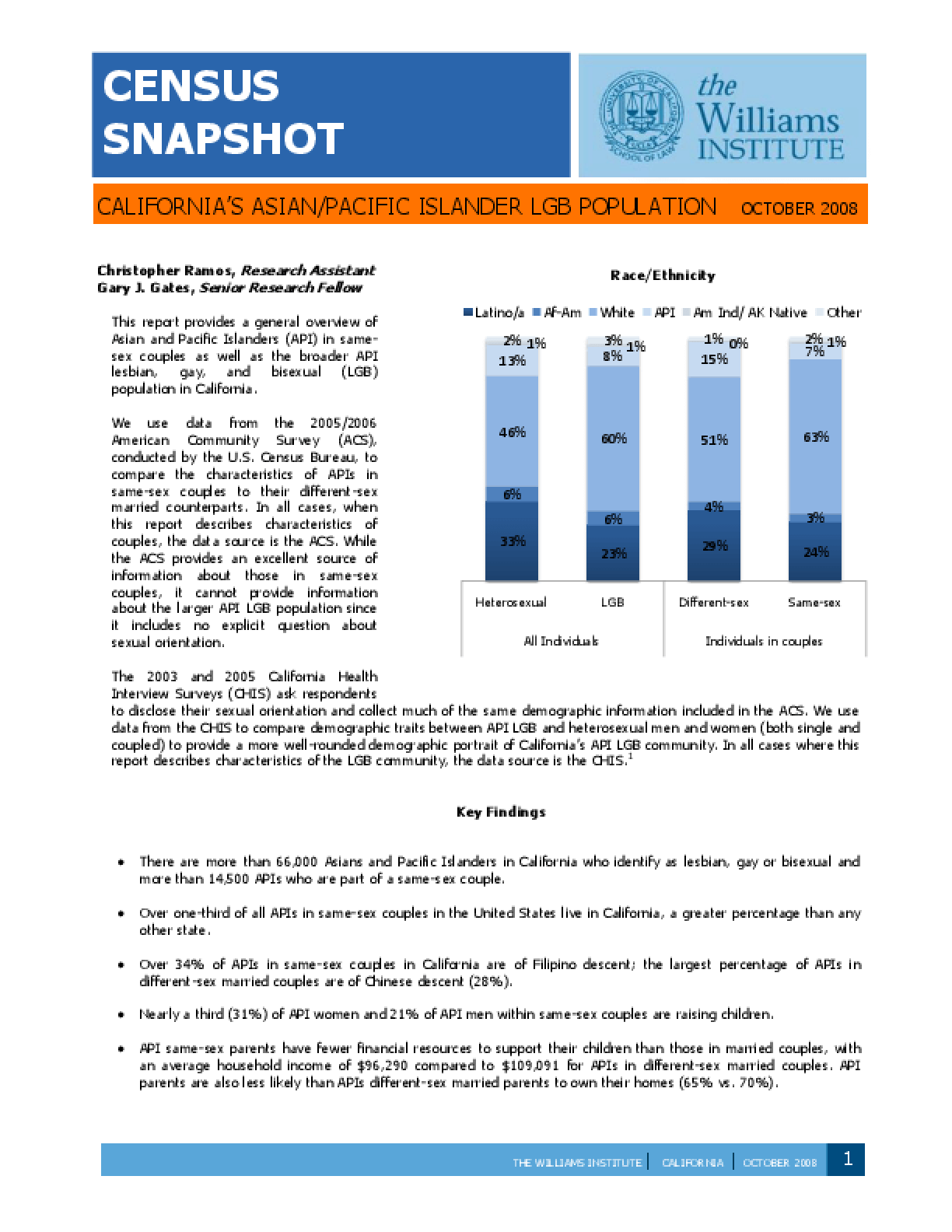