CEP at 5 reflects on CEP's first five years through stories and pictures from CEP's Five-Year Anniversary Event held in New York in September 2006. The report features a speech by Rockefeller Foundation Vice President Nadya Schmavonian, who details the insights her foundation gained using comparative data to assess its performance. The report also includes a talk by CEP Executive Director Phil Buchanan on "The Foundation Effectiveness Imperative," comments from foundation leaders, and descriptions of CEP's research agenda and assessment tools. 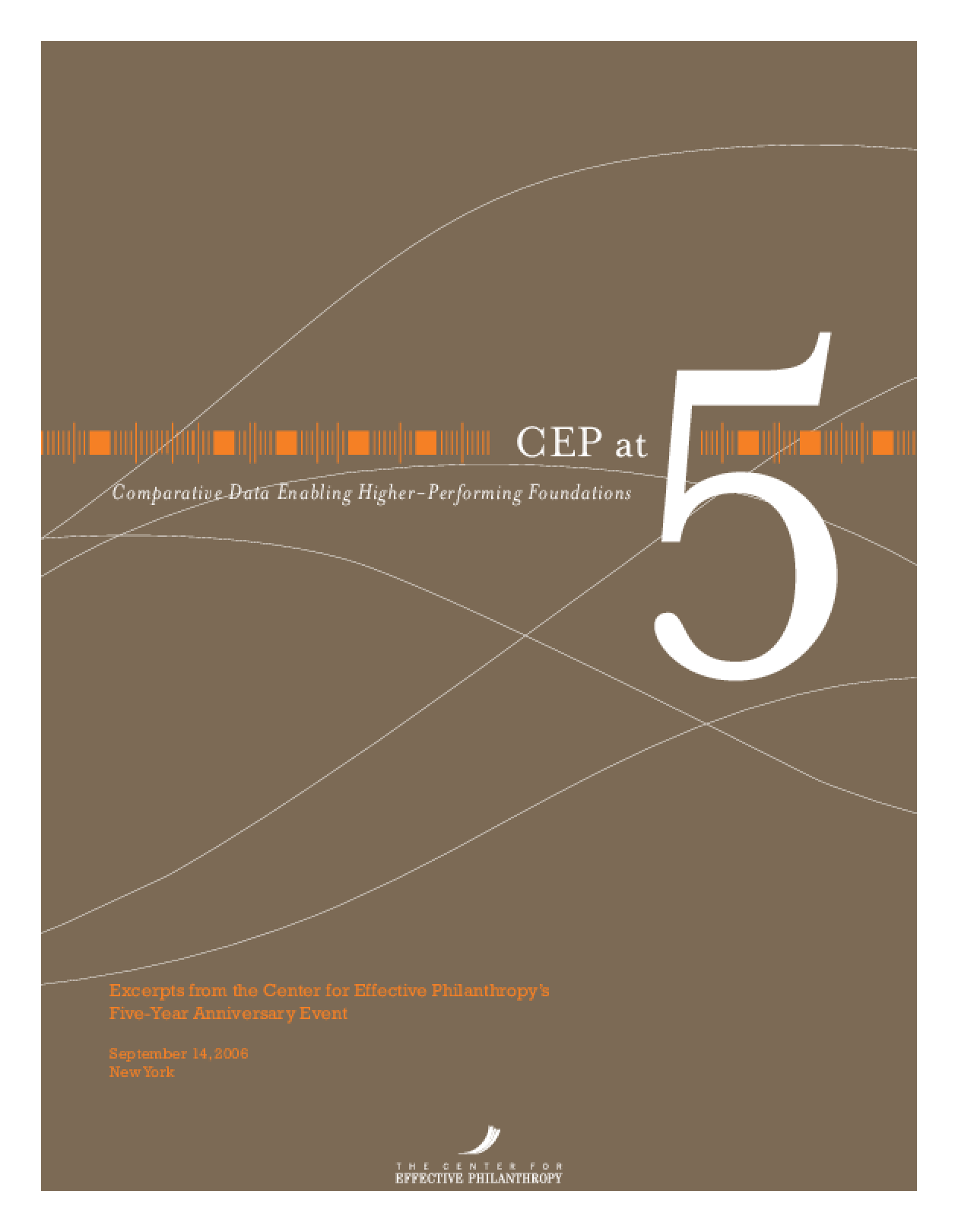