Challenge and Hope in the North Country

Hit hard by the national decline in natural-resource and manufacturing jobs, North Country communities in northern New Hampshire and bordering areas of Maine and Vermont (Figure 1) continue to face challenges in restructuring their economies. A 2008 study classified Coös County, New Hampshire, and Oxford County, Maine, as "amenity/decline" regions, a common pattern in rural America where historically resource-dependent places experience decline in their traditional industries, even while natural amenities present new opportunities for growth in areas such as tourism or amenity-based in-migration. Complicating this transition, there is often out-migration of young adults seeking jobs and financial stability elsewhere, as new industries in rural areas tend toward seasonal employment or require different kinds of skills. In this brief, we report on a 2017 survey that asked North Country residents about their perceptions, hopes, and concerns regarding this region. Many of the same questions had been asked on earlier surveys in 2007 and 2010, providing a unique comparative perspective on what has changed or stayed much the same. 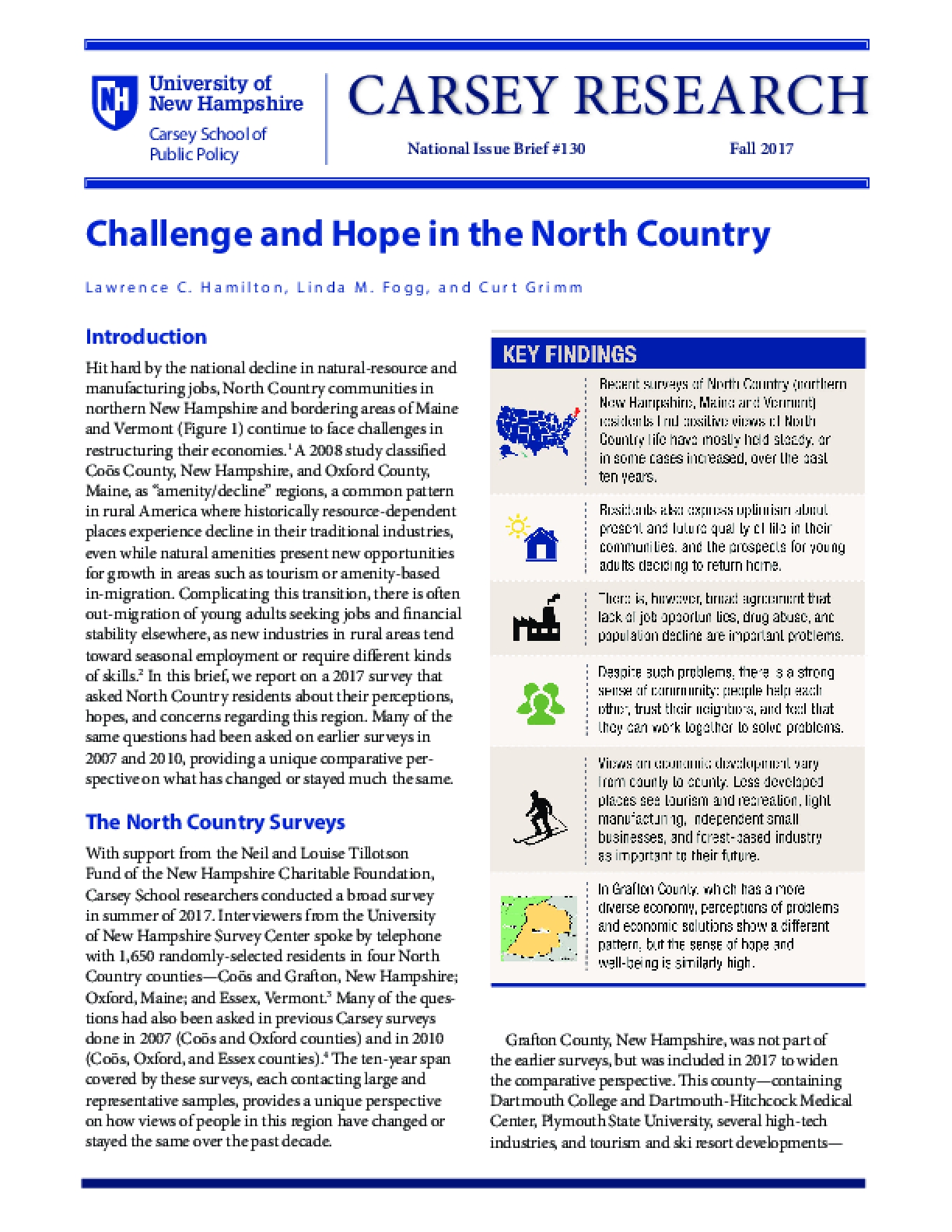