Springboard Schools' New Report Reveals 3 Secrets that Help Low-Income, English-Learning, and Minority Students Succeed Ten "challenged" high schools in California beat the odds Springboard Schools, a San Francisco-based nonprofit and non-partisan research organization focused on education reform, today released a new report identifying California's highest achieving, challenged high schools - those with large numbers of low-income students, English learners, and few resources. Most importantly, the report reveals the three secrets of their success. According to the report, Challenged Schools, Remarkable Results: Three Lessons from California's Highest Achieving High Schools, these schools, unlike average high schools with similar demographics, share three secrets of success: use of consistent curricula coupled with frequent diagnostic tests, adoption of best practices, and investment in teacher improvement. The three practices resulted in dramatic gains for these high schools serving large populations of low-income, minority, and English-language learners. "These strategies sound simple, but they are challenging and even revolutionary, because they call into question many commonly held beliefs about teaching and about how high schools work," said Merrill Vargo, executive director of Springboard Schools. The report identifies 10 high-performing, challenged California high schools. They are located throughout the state, and all have recently made dramatic turnarounds in student achievement. At one, Bolsa Grande High School (Garden Grove USD), with high populations of English-language learners and low-income students, 57.4% of all students scored at the proficient or advanced-proficient level for English Language Arts and math this year -- more than 2-1/2 times better than the 2005 AYP target under NCLB. The report also reveals that the definition of "best practices" - which traditionally meant classroom-level practices or programs - needs to be dramatically expanded to include every aspect of administration, teaching, and testing, at every level. More information, and the 73-page report, Challenged Schools, Remarkable Results: Three Lessons from California's Highest Achieving High Schools, are available on Springboard Schools' website: www.SpringboardSchools.org. 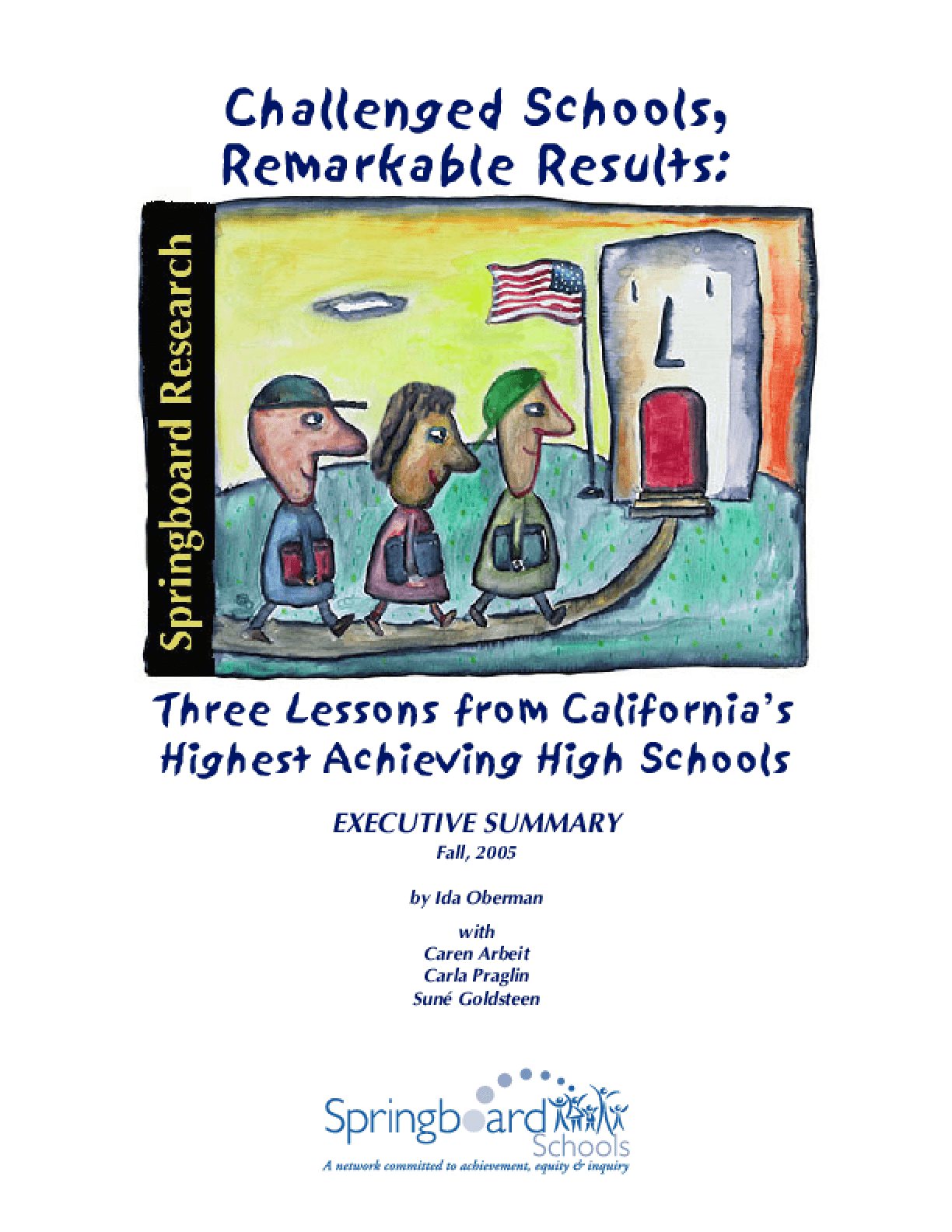